The majority of detected potentially habitable exoplanets orbit stars cooler than the Sun and are therefore irradiated by a stellar spectrum that peaks at longer wavelengths than the spectrum incident on Earth. Here, we present results from a set of simulations of tidally locked terrestrial planets orbiting three different host stars to isolate the effect of the stellar spectra on the simulated climate. Specifically, we perform simulations based on TRAPPIST-1e, adopting an Earth-like atmosphere and using the UK Met Office Unified Model in an idealised `aqua-planet' configuration. Whilst holding the planetary parameters constant, including the total stellar flux (900 W m-2) and orbital period (6.10 Earth days), we compare results between simulations where the stellar spectrum is that of a quiescent TRAPPIST-1, Proxima Centauri, and the Sun. In simulations with cooler host stars, an increased proportion of incident stellar radiation was absorbed directly by the troposphere compared to the surface. This in turn led to an increase in the stability against convection, that is, a reduction in overall cloud coverage on the dayside (reducing scattering), leading to warmer surface temperatures. The increased direct heating of the troposphere also led to more efficient heat transport from the dayside to the nightside and therefore to a reduced day-night temperature contrast. We inferred that planets with an Earth-like atmosphere orbiting cooler stars had lower dayside cloud coverage, potentially allowing habitable conditions at increased orbital radii, compared to similar planets orbiting hotter stars for a given planetary rotation rate. 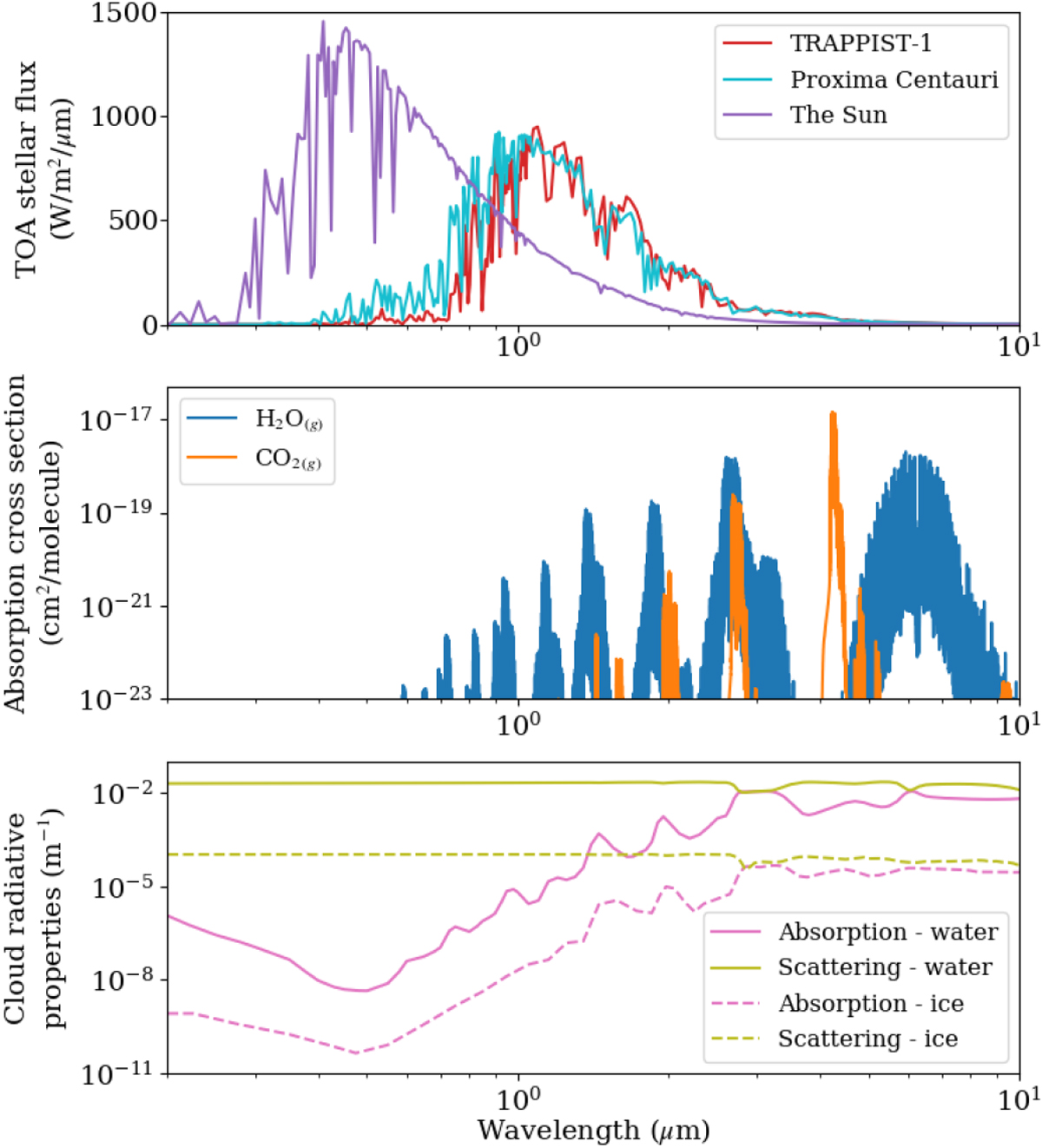