Determining the mechanisms that drive the evolution of protoplanetary disks is a necessary step toward understanding how planets form. For this work, we measured the mass accretion rate for young stellar objects with disks at age > 5 Myr, a critical test for the current models of disk evolution. We present the analysis of the spectra of 36 targets in the ∼5-10 Myr old Upper Scorpius star-forming region for which disk masses were measured with ALMA. We find that the mass accretion rates in this sample of old but still surviving disks are similarly high as those of the younger (∼1-3 Myr old) star-forming regions of Lupus and Chamaeleon I, when considering the dependence on stellar and disk mass. In particular, several disks show high mass accretion rates ≳10-9 M⊙ yr-1 while having low disk masses. Furthermore, the median values of the measured mass accretion rates in the disk mass ranges where our sample is complete at a level ∼60-80% are compatible in these three regions. At the same time, the spread of mass accretion rates at any given disk mass is still > 0.9 dex, even at age > 5 Myr. These results are in contrast with simple models of viscous evolution, which would predict that the values of the mass accretion rate diminish with time, and a tighter correlation with disk mass at age > 5 Myr. Similarly, simple models of internal photoevaporation cannot reproduce the observed mass accretion rates, while external photoevaporation might explain the low disk masses and high accretion rates. A possible partial solution to the discrepancy with the viscous models is that the gas-to-dust ratio of the disks at ∼5-10 Myr is significantly different and higher than the canonical 100, as suggested by some dust and gas disk evolution models. The results shown here require the presence of several interplaying processes, such as detailed dust evolution, external photoevaporation, and possibly MHD winds, to explain the secular evolution of protoplanetary disks. 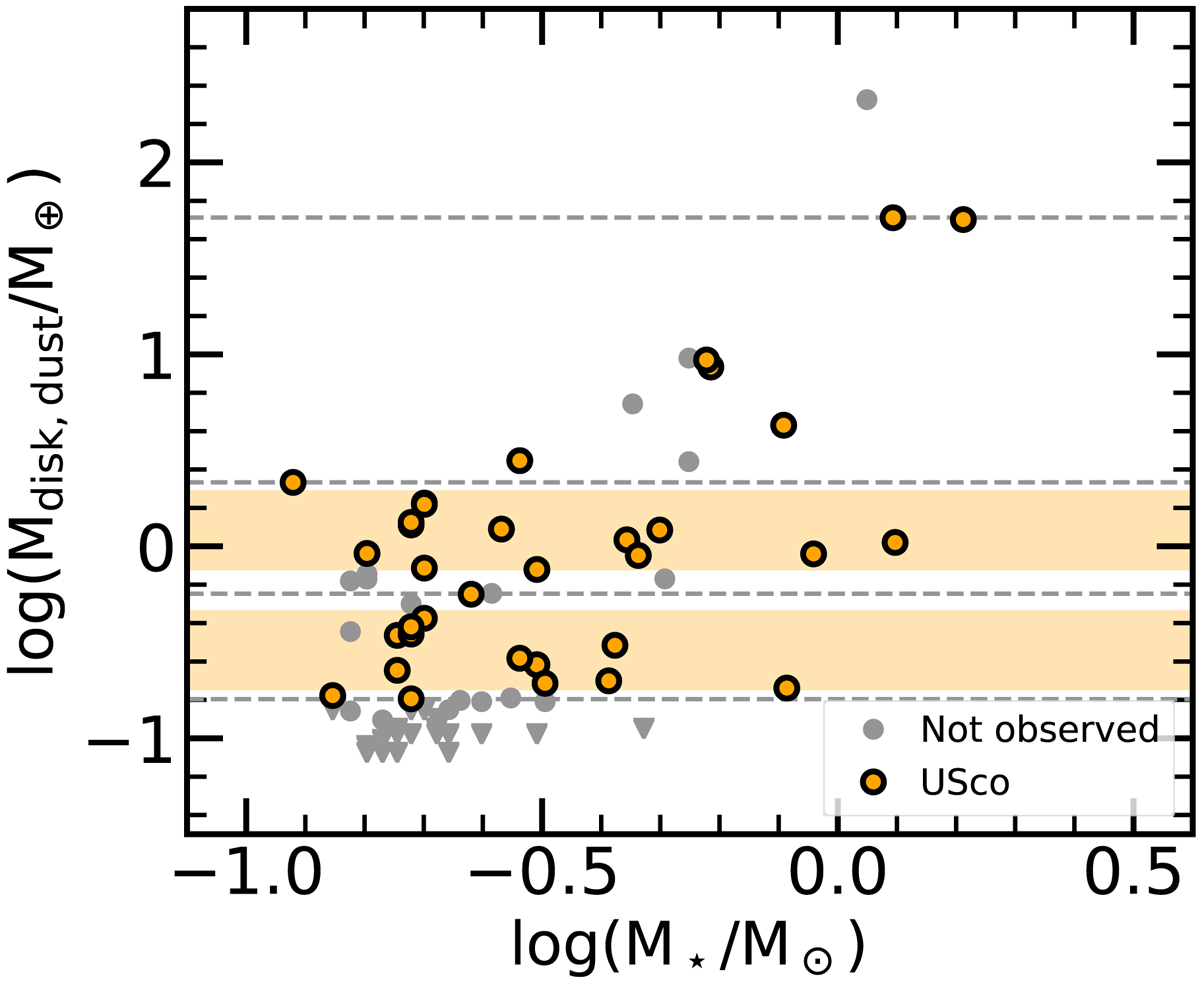