The GAPS programme at TNG. XXIII. HD 164922 d: close-in super-Earth discovered with HARPS-N in a system with a long-period Saturn mass companion

Context. Observations of exoplanetary systems demonstrate that a wide variety of planetary architectures are possible. Determining the rate of occurrence of Solar System analogues - with inner terrestrial planets and outer gas giants - remains an open question.
Aims: Within the framework of the Global Architecture of Planetary Systems (GAPS) project, we collected more than 300 spectra with HARPS-N at the Telescopio Nazionale Galileo for the bright G9V star HD 164922. This target is known to host one gas giant planet in a wide orbit (Pb ~1200 days, semi-major axis ~ 2 au) and a Neptune-mass planet with a period of Pc ~76 days. We aimed to investigate the presence of additional low-mass companions in the inner region of the system.
Methods: We compared the radial velocities (RV) and the activity indices derived from the HARPS-N time series to measure the rotation period of the star and used a Gaussian process regression to describe the behaviour of the stellar activity. We then combined a model of planetary and stellar activity signals in an RV time series composed of almost 700 high-precision RVs, both from HARPS-N and literature data. We performed a dynamical analysis to evaluate the stability of the system and the allowed regions for additional potential companions. We performed experiments on the injection and recovery of additional planetary signals to gauge the sensitivity thresholds in minimum mass and orbital separation imposed by our data.
Results: Thanks to the high sensitivity of the HARPS-N dataset, we detected an additional inner super-Earth with an RV semi-amplitude of 1.3 ± 0.2 m s-1 and a minimum mass of md sin i = 4 ± 1 M⊕. It orbits HD 164922 with a period of 12.458 ± 0.003 days. We disentangled the planetary signal from activity and measured a stellar rotation period of ~ 42 days. The dynamical analysis shows the long-term stability of the orbits of the three-planet system and allows us to identify the permitted regions for additional planets in the semi-major axis ranges 0.18-0.21 au and 0.6-1.4 au. The latter partially includes the habitable zone of the system. We did not detect any planet in these regions, down to minimum detectable masses of 5 and 18 M⊕, respectively. A larger region of allowed planets is expected beyond the orbit of planet b, where our sampling rules out bodies with minimum mass >50 M⊕. The planetary orbital parameters and the location of the snow line suggest that this system has been shaped by a gas disk migration process that halted after its dissipation.

Full Table 1 is only available at the CDS via anonymous ftp to http://cdsarc.u-strasbg.fr (ftp://130.79.128.5) or via http://cdsarc.u-strasbg.fr/viz-bin/cat/J/A+A/639/A50 Based on observations made with the Italian Telescopio Nazionale Galileo (TNG) operated on the island of La Palma by the Fundación Galileo Galilei of the INAF (Istituto Nazionale di Astrofisica) at the Spanish Observatorio del Roque de los Muchachos (ORM) of the IAC. 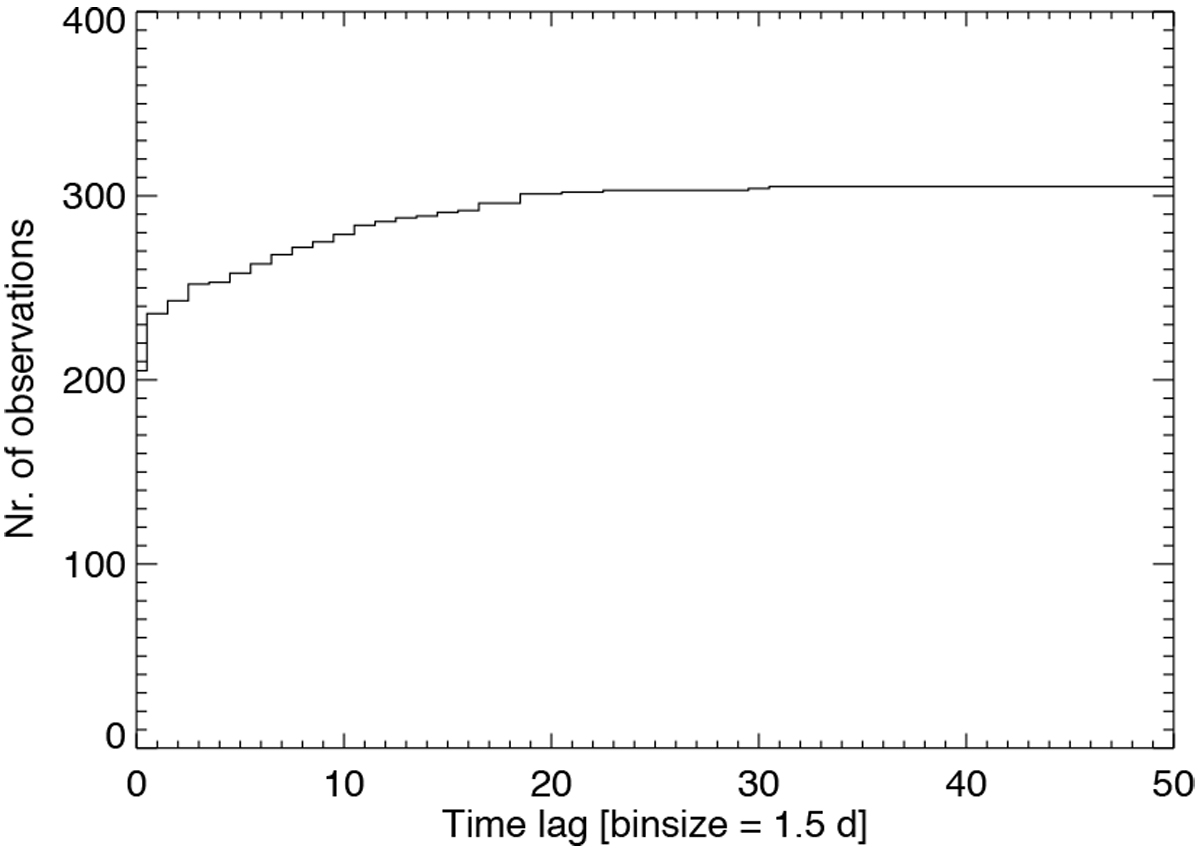