We investigate the relation between the detection of the 11.3 μm polycyclic aromatic hydrocarbon (PAH) feature in the nuclear (∼24-230 pc) regions of 22 nearby Seyfert galaxies and the properties of the cold molecular gas. For the former we use ground-based (0.3-0.6″ resolution) mid-infrared (mid-IR) spectroscopy. The cold molecular gas is traced by ALMA and NOEMA high (0.2-1.1″) angular resolution observations of the CO(2-1) transition. Galaxies with a nuclear detection of the 11.3 μm PAH feature contain more cold molecular gas (median 1.6 × 107 M⊙) and have higher column densities (N(H2) = 2 × 1023 cm-2) over the regions sampled by the mid-IR slits than those without a detection. This suggests that molecular gas plays a role in shielding the PAH molecules in the harsh environments of Seyfert nuclei. Choosing the PAH molecule naphthalene as an illustration, we compute its half-life in the nuclear regions of our sample when exposed to 2.5 keV hard X-ray photons. We estimate shorter half-lives for naphthalene in nuclei without a 11.3 μm PAH detection than in those with a detection. The Spitzer/IRS PAH ratios on circumnuclear scales (∼4″ ∼ 0.25-1.3 kpc) are in between model predictions for neutral and partly ionized PAHs. However, Seyfert galaxies in our sample with the highest nuclear H2 column densities are not generally closer to the neutral PAH tracks. This is because in the majority of our sample galaxies, the CO(2-1) emission in the inner ∼4″ is not centrally peaked and in some galaxies traces circumnuclear sites of strong star formation activity. Spatially resolved observations with the MIRI medium-resolution spectrograph on the James Webb Space Telescope will be able to distinguish the effects of an active galactic nucleus (AGN) and star formation on the PAH emission in nearby AGN. 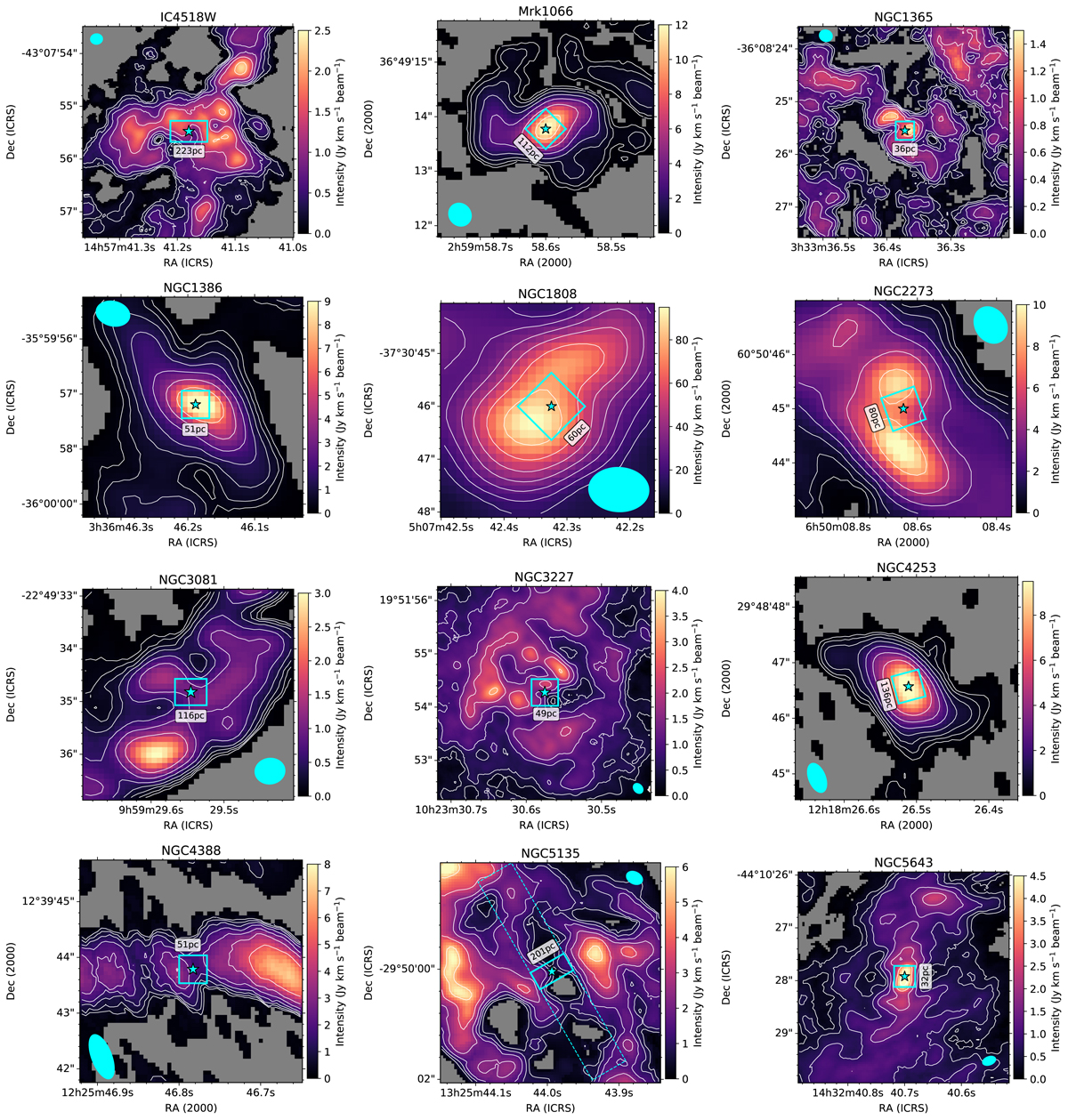