The star formation rate and the mass of interstellar medium (ISM) have a high predictive power for the future evolution of a galaxy. Nevertheless, deriving such properties is not straightforward. Dust emission, an important diagnostic of star formation and ISM mass throughout the Universe, can be powered by sources unrelated to ongoing star formation. In the framework of the DustPedia project we set out to disentangle the radiation of the ongoing star formation from that of the older stellar populations. This is done through detailed 3D radiative transfer simulations of face-on spiral galaxies. We take special care in modelling the morphological features present for each source of radiation. In this particular study, we focus on NGC 1068, which in addition contains an active galactic nucleus (AGN). The effect of diffuse dust heating by an AGN (beyond the torus) has so far only been investigated for quasars. This additional dust heating source further contaminates the broadband fluxes that are used by classic galaxy modelling tools to derive physical properties. We aim to fit a realistic model to the observations of NGC 1068 and quantify the contribution of the several dust-heating sources. Our model is able to reproduce the global spectral energy distribution of the galaxy. It matches the resolved optical and infrared images fairly well, but deviates in the UV and the submillimetre (submm). This is partly due to beam smearing effects, but also because the input dust distribution is not sufficiently peaked in the centre. We find that AGN contamination of the broadband fluxes has a strong dependency on wavelength. It peaks in the mid-infrared, drops in the far-infrared, and then rises again at submm wavelengths. We quantify the contribution of the dust-heating sources in each 3D dust cell and find a median value of 83% for the star formation component. The AGN contribution is measurable at the percentage level in the disc, but quickly increases in the inner few hundred parsecs, peaking above 90%. This is the first time the phenomenon of an AGN heating the diffuse dust beyond its torus is quantified in a nearby star-forming galaxy. NGC 1068 only contains a weak AGN, meaning this effect could be stronger in galaxies with a more luminous AGN. This could significantly impact the derived star formation rates and ISM masses for such systems. 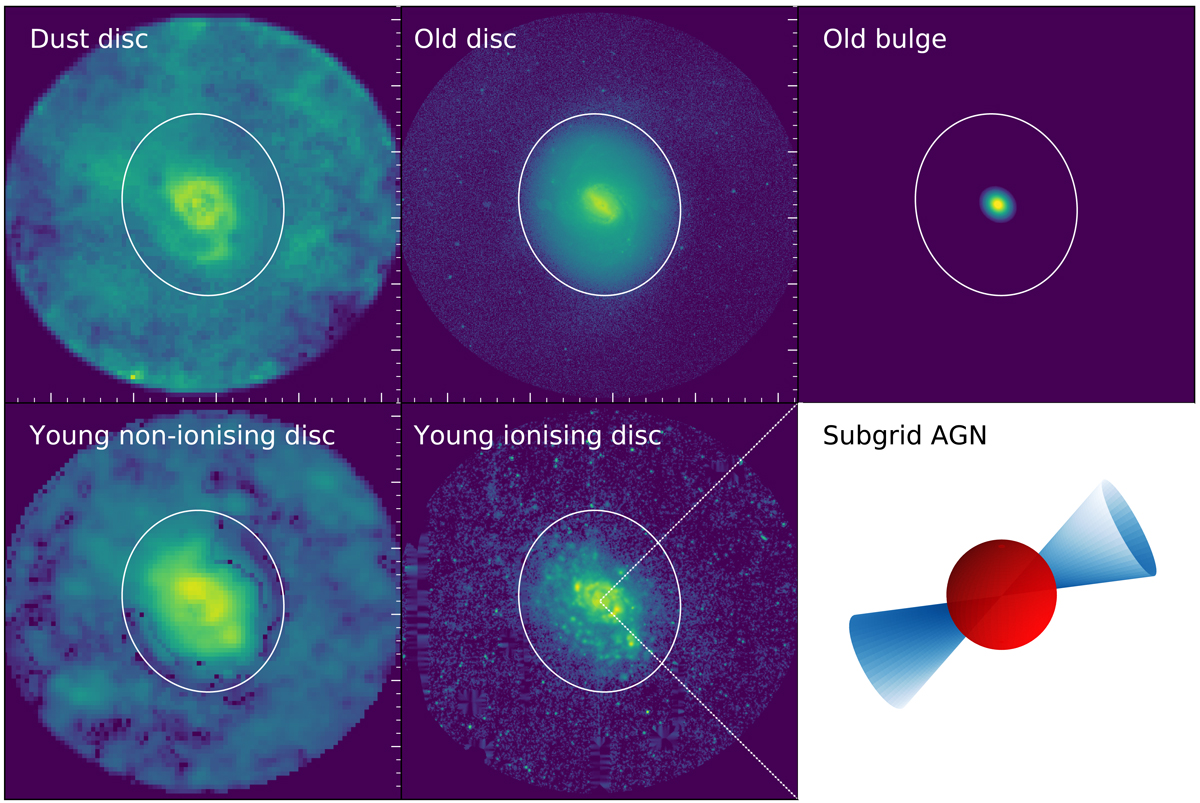