Aims: We aim to investigate variations in the arrival time of coherent stellar pulsations due to the light-travel time effect to test for the presence of sub-stellar companions. Those companions are the key to one possible formation scenario of apparently single sub-dwarf B stars.
Methods: We made use of an extensive set of ground-based observations of the four large amplitude p-mode pulsators DW Lyn, V1636 Ori, QQ Vir, and V541 Hya. Observations of the TESS space telescope are available on two of the targets. The timing method compares the phase of sinusoidal fits to the full multi-epoch light curves with phases from the fit of a number of subsets of the original time series.
Results: Observations of the TESS mission do not sample the pulsations well enough to be useful due to the (currently) fixed two-minute cadence. From the ground-based observations, we infer evolutionary parameters from the arrival times. The residual signals show many statistically significant periodic signals, but no clear evidence for changes in arrival time induced by sub-stellar companions. The signals can be explained partly by mode beating effects. We derive upper limits on companion masses set by the observational campaign.

Photometric data of Fig. 1, results in Figs. 8, 10, 12, and 14, and figures in the appendix are only available at the CDS via anonymous ftp to http://cdsarc.u-strasbg.fr (ftp://130.79.128.5) or via http://cdsarc.u-strasbg.fr/viz-bin/cat/J/A+A/638/A108 Based on observations obtained at the 0.9 m SARA-KP telescope, which is operated by the Southeastern Association for Research in Astronomy (http://saraobservatory.org). 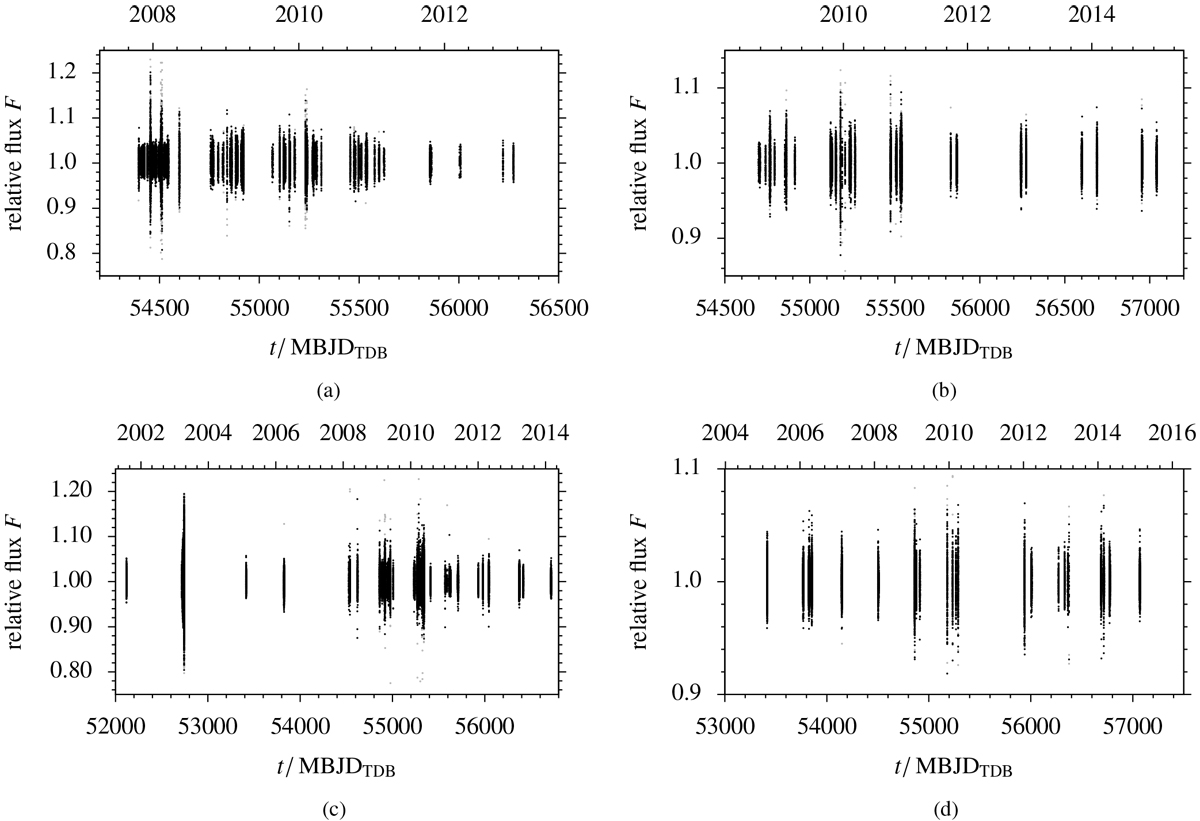