Context. While the Solar System contains about 20 times more moons than planets, no moon has been confirmed around any of the thousands of extrasolar planets discovered so far. Considering the large computational load required for the statistical vetting of exomoon candidates in a star-planet-moon framework, tools for an uncomplicated identification of the most promising exomoon candidates could be beneficial to streamline follow-up studies.
Aims: Here we study three exomoon indicators that emerge if well-established planet-only models are fitted to a planet-moon transit light curve: transit timing variations (TTVs), transit duration variations (TDVs), and apparent planetary transit radius variations (TRVs). We re-evaluate under realistic conditions the previously proposed exomoon signatures in the TTV and TDV series.
Methods: We simulated light curves of a transiting exoplanet with a single moon, taking into account stellar limb darkening, orbital inclinations, planet-moon occultations, and noise from both stellar granulation and instrumental effects. These model light curves were then fitted with a planet-only transit model whilst pretending there were no moon, and we explored the resulting TTV, TDV, and TRV series for evidence of the moon.
Results: The previously described ellipse in the TTV-TDV diagram of an exoplanet with a moon emerges only for high-density moons. However, low-density moons distort the sinusoidal shapes of the TTV and the TDV series due to their photometric contribution to the combined planet-moon transit. Sufficiently large moons can nevertheless produce periodic apparent TRVs of their host planets that could be observable. We find that Kepler and PLATO have similar performances in detecting the exomoon-induced TRV effect around simulated bright (mV = 8) stars. Although these stars are rare in the Kepler sample, they will be abundant in the PLATO sample. Moreover, PLATO's higher cadence yields a stronger TTV signal. We detect substantial TRVs of the Saturn-sized planet Kepler-856 b although an exomoon could only ensure Hill stability in a very narrow orbital range.
Conclusions: The periodogram of the sequence of transit radius measurements can indicate the presence of a moon. The TTV and TDV series of exoplanets with moons could be more complex than previously assumed. We propose that TRVs could be a more promising means to identify exomoons in large exoplanet surveys. 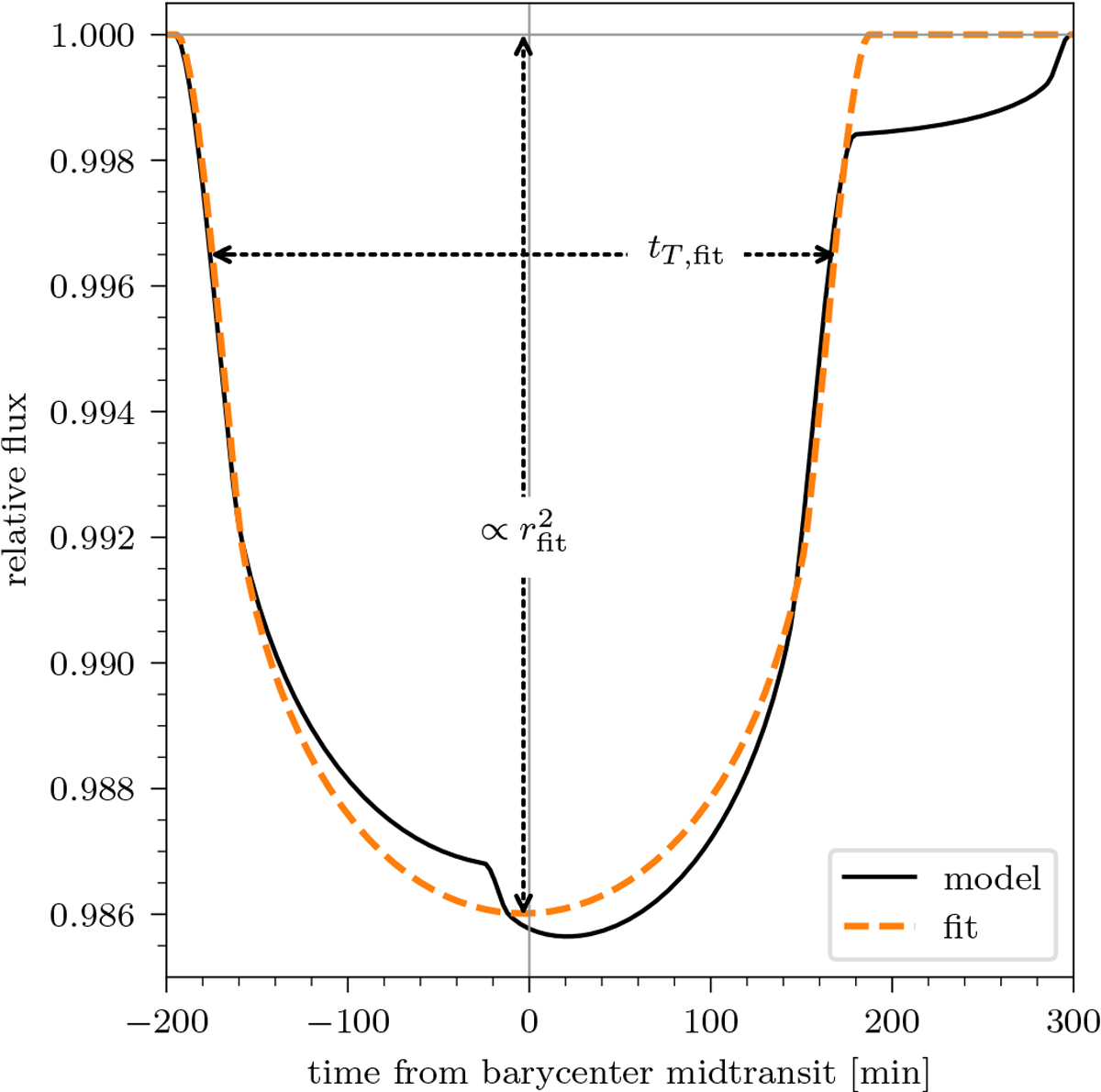