Context. The recent gravitational wave measurements have demonstrated the existence of stellar mass black hole binaries. It is essential for our understanding of massive star evolution to identify the contribution of binary evolution to the formation of double black holes.
Aims: A promising way to progress is investigating the progenitors of double black hole systems and comparing predictions with local massive star samples, such as the population in 30 Doradus in the Large Magellanic Cloud (LMC).
Methods: With this purpose in mind, we analysed a large grid of detailed binary evolution models at LMC metallicity with initial primary masses between 10 and 40 M⊙, and identified the model systems that potentially evolve into a binary consisting of a black hole and a massive main-sequence star. We then derived the observable properties of such systems, as well as peculiarities of the OB star component.
Results: We find that ∼3% of the LMC late-O and early-B stars in binaries are expected to possess a black hole companion when stars with a final helium core mass above 6.6 M⊙ are assumed to form black holes. While the vast majority of them may be X-ray quiet, our models suggest that these black holes may be identified in spectroscopic binaries, either by large amplitude radial velocity variations (≳50 km s-1) and simultaneous nitrogen surface enrichment, or through a moderate radial velocity (≳10 km s-1) and simultaneous rapid rotation of the OB star. The predicted mass ratios are such that main-sequence companions can be excluded in most cases. A comparison to the observed OB+WR binaries in the LMC, Be and X-ray binaries, and known massive black hole binaries supports our conclusion.
Conclusions: We expect spectroscopic observations to be able to test key assumptions in our models, with important implications for massive star evolution in general and for the formation of double black hole mergers in particular. 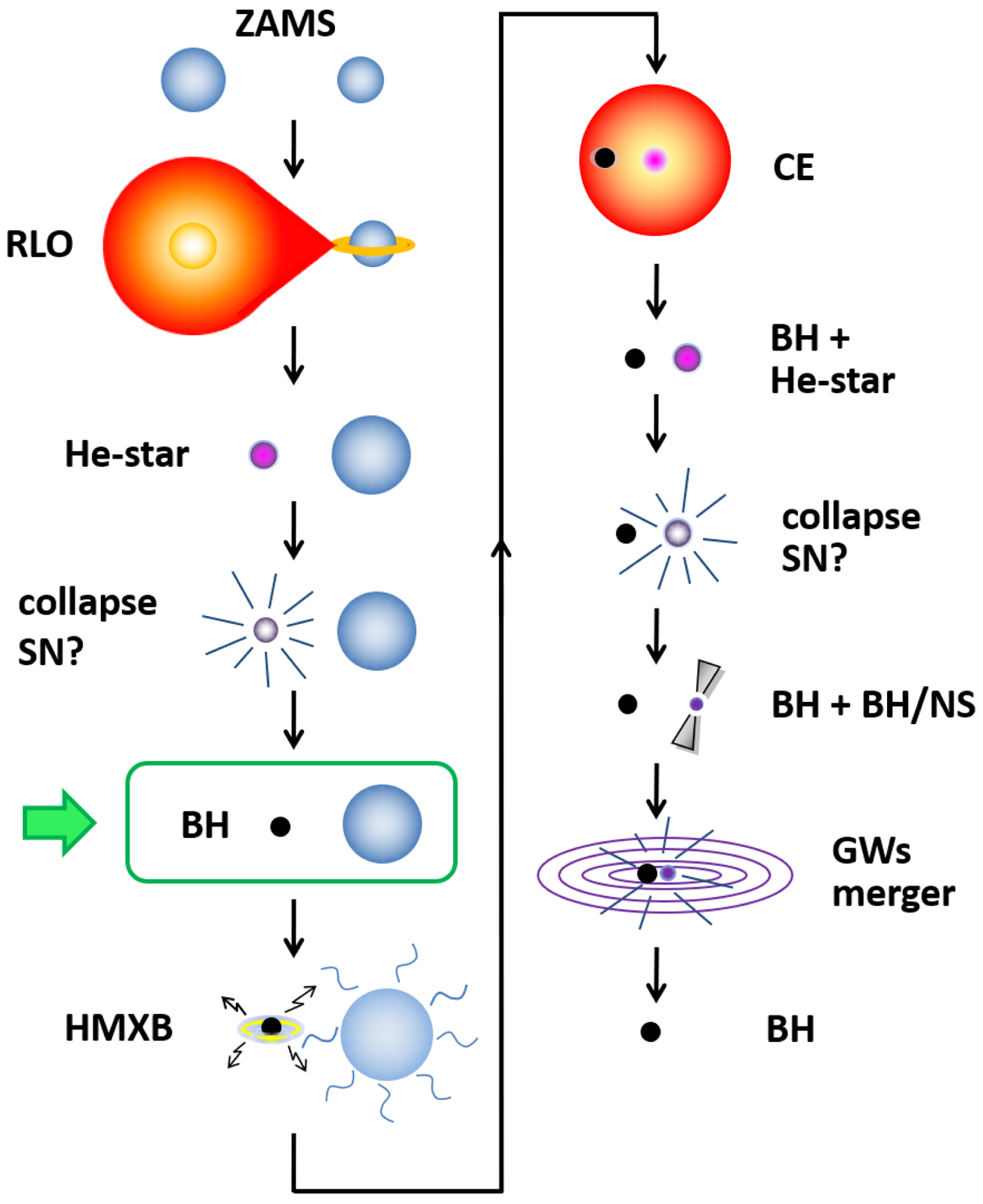