Context. Restarted radio galaxies represent a unique tool for investigating the duty cycle of the jet activity in active galactic nuclei (AGN). The radio galaxy 3C388 has long been claimed to be a peculiar example of an AGN with multi-epoch activity because it shows a very sharp discontinuity in the GHz spectral index distribution of its lobes.
Aims: We present here for the first time a spatially resolved study of the radio spectrum of 3C388 down to MHz frequencies aimed at investigating the radiative age of the source and constraining its duty cycle.
Methods: We used new low-frequency observations at 144 MHz performed with the Low Frequency Array and at 350 MHz performed with the Very Large Array that we combined with archival data at higher frequencies (614, 1400, and 4850 MHz).
Results: We find that the spectral indices in the lower frequency range, 144-614 MHz, have flatter values (αlow ∼ 0.55-1.14) than those observed in the higher frequency range, 1400-4850 MHz, (αhigh ∼ 0.75-1.57), but they follow the same distribution across the lobes, with a systematic steepening towards the edges. However, the spectral shape throughout the source is not uniform and often deviates from standard models. This suggests that mixing of different particle populations occurs, although it remains difficult to understand whether this is caused by observational limitations (insufficient spatial resolution and/or projection effects) or by the intrinsic presence of multiple particle populations, which might be related to the two different outbursts.
Conclusions: Using single-injection radiative models, we compute that the total source age is ≲80 Myr and that the duty cycle is about ton/ttot ∼ 60%, which is enough to prevent the intracluster medium from cooling, according to X-ray estimates. While to date the radio spectral distribution of 3C388 remains a rare case among radio galaxies, multi-frequency surveys performed with new-generation instruments will soon allow us to investigate whether more sources with the same characteristics exist. 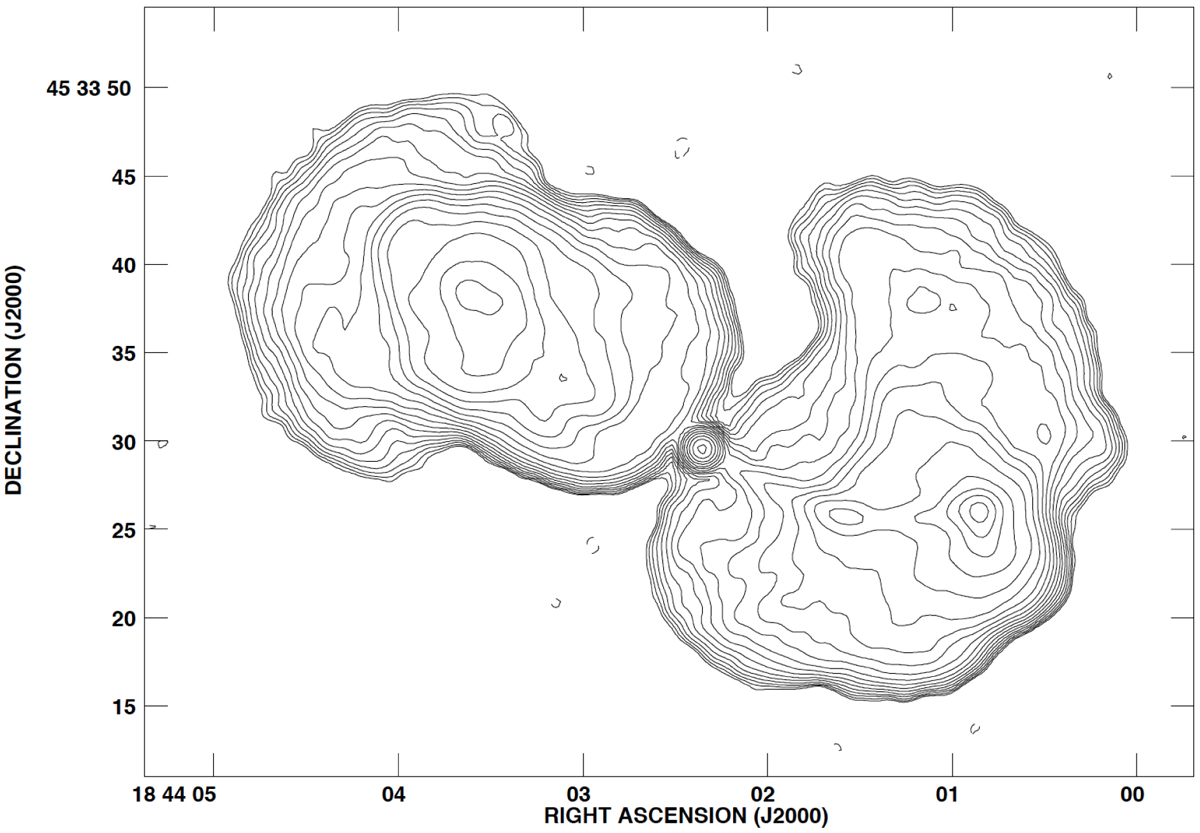