Context. The plasma of the lower solar atmosphere consists of mostly neutral particles, whereas the upper solar atmosphere is mostly made up of ionised particles and electrons. A shock that propagates upwards in the solar atmosphere therefore undergoes a transition where the dominant fluid is either neutral or ionised. An upwards propagating shock also passes a point where the sound and Alfvén speed are equal. At this point the energy of the acoustic shock can separated into fast and slow components. The way the energy is distributed between the two modes depends on the angle of magnetic field.
Aims: We aim to investigate the separation of neutral and ionised species in a gravitationally stratified atmosphere. The role of two-fluid effects on the structure of the shocks post-mode-conversion and the frictional heating is quantified for different levels of collisional coupling.
Methods: Two-fluid numerical simulations were performed using the (P<underline>I</underline>P) code of a wave steepening into a shock in an isothermal, partially-ionised atmosphere. The collisional coefficient was varied to investigate the regimes where the plasma and neutral species are weakly, strongly, and finitely coupled.
Results: The propagation speeds of the compressional waves hosted by neutral and ionised species vary and, therefore, velocity drift between the two species is produced as the plasma attempts to propagate faster than the neutrals. This is most extreme for a fast-mode shock. We find that the collisional coefficient drastically impacts the features present in the system, specifically the mode conversion height, type of shocks present, and the finite shock widths created by the two-fluid effects. In the finitely-coupled regime, fast-mode shock widths can exceed the pressure scale height, which may lead to a new potential observable of two-fluid effects in the lower solar atmosphere. 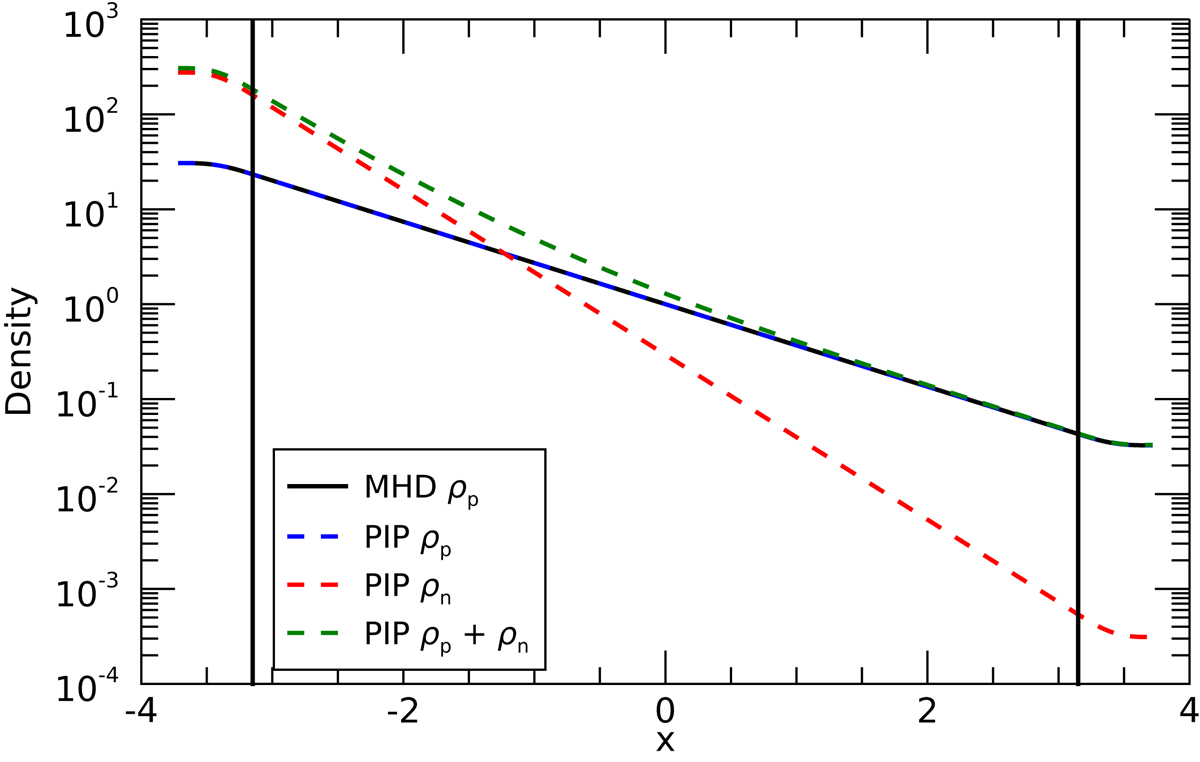