Aims: The fueling and feedback of active galactic nuclei (AGNs) are important for understanding the co-evolution between black holes and host galaxies. Mergers are thought to have the capability to bring gas inward and ignite nuclear activity, especially for more powerful AGNs. However, there is still significant ongoing debate on whether mergers can trigger AGNs and, if they do, whether mergers are a significant triggering mechanism.
Methods: We selected a low-redshift (0.005 < z < 0.1) sample from the Sloan Digital Sky Survey and a high-redshift (0 < z < 0.6) sample from the Galaxy And Mass Assembly survey. We took advantage of the convolutional neural network technique to identify mergers. We used mid-infrared (MIR) color cut and optical emission line diagnostics to classify AGNs. We also included low excitation radio galaxies (LERGs) to investigate the connection between mergers and low accretion rate AGNs.
Results: We find that AGNs are more likely to be found in mergers than non-mergers, with an AGN excess up to 1.81 ± 0.16, suggesting that mergers can trigger AGNs. We also find that the fraction of mergers in AGNs is higher than that in non-AGN controls, for both MIR and optically selected AGNs, as well as LERGs, with values between 16.40 ± 0.5% and 39.23 ± 2.10%, implying a non-negligible to potentially significant role of mergers in triggering AGNs. This merger fraction in AGNs increases as stellar mass increases, which supports the idea that mergers are more important for triggering AGNs in more massive galaxies. In terms of merger fraction as a function of AGN power we find a positive trend for MIR selected AGNs and a complex trend for optically selected AGNs, which we interpret under an evolutionary scenario proposed by previous studies. In addition, obscured MIR selected AGNs are more likely to be hosted in mergers than unobscured MIR selected AGNs. 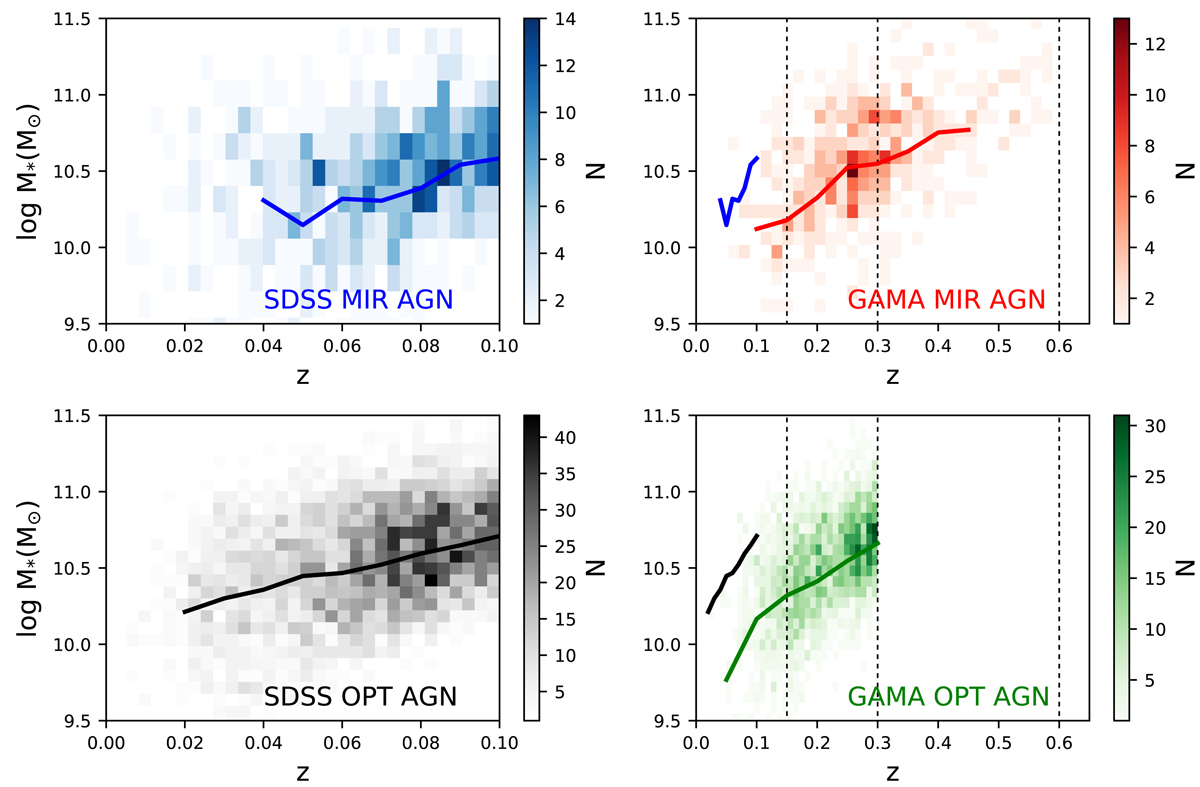