Context. V1118 Ori is a classical EXor source whose light curve has been monitored, although not continuously, over the past 30 years. This source underwent a powerful outburst in 2005, followed by 10 years of quiescence and a less intense outburst in 2015. In 2019, a new intense brightness increase was observed (Δg ∼ 3 mag).
Aims: This new accretion episode offers the opportunity to compare the photometric and spectroscopic properties of multiple outbursts of the same source. This allows us to highlight the differences and similarities among various events by removing any possible bias related to the intrinsic properties of the star-disk system.
Methods: We discovered the 2019 V1118 Ori outburst by examining the g-band light curve acquired by the Zwicky Transient Facility and followed the declining phase with the Rapid Eye Mount telescope in the griz bands. Two near-infrared spectra were also acquired at different brightness stages with the Large Binocular Telescope.
Results: The last event shows the following characteristics: (1) an amplitude similar to that of 2015 and lower than that of 2005; (2) a duration of less than one year as in previous events; (3) a increasing (decreasing) speed of 0.018 (0.031) mag day-1, which is different from previous cases; (4) a gradually blueing of the [g - r] color is observed over time, while the [r - i] color remains roughly unchanged; (5) with few exceptions, the near-infrared lines (mainly H I recombination) are the same as those observed in 2015; and (6) the mass accretion rate peaks at Ṁacc ∼ 10-7 M⊙ yr-1 and decreases in about a month down to a few 10-8 M⊙ yr-1.
Conclusions: Our analysis shows that the comparison of data from different outbursts of the same source is a nontrivial exercise, which allows us to obtain important clues that are useful to drive theoretical efforts toward a better understanding of the EXor phenomenon. 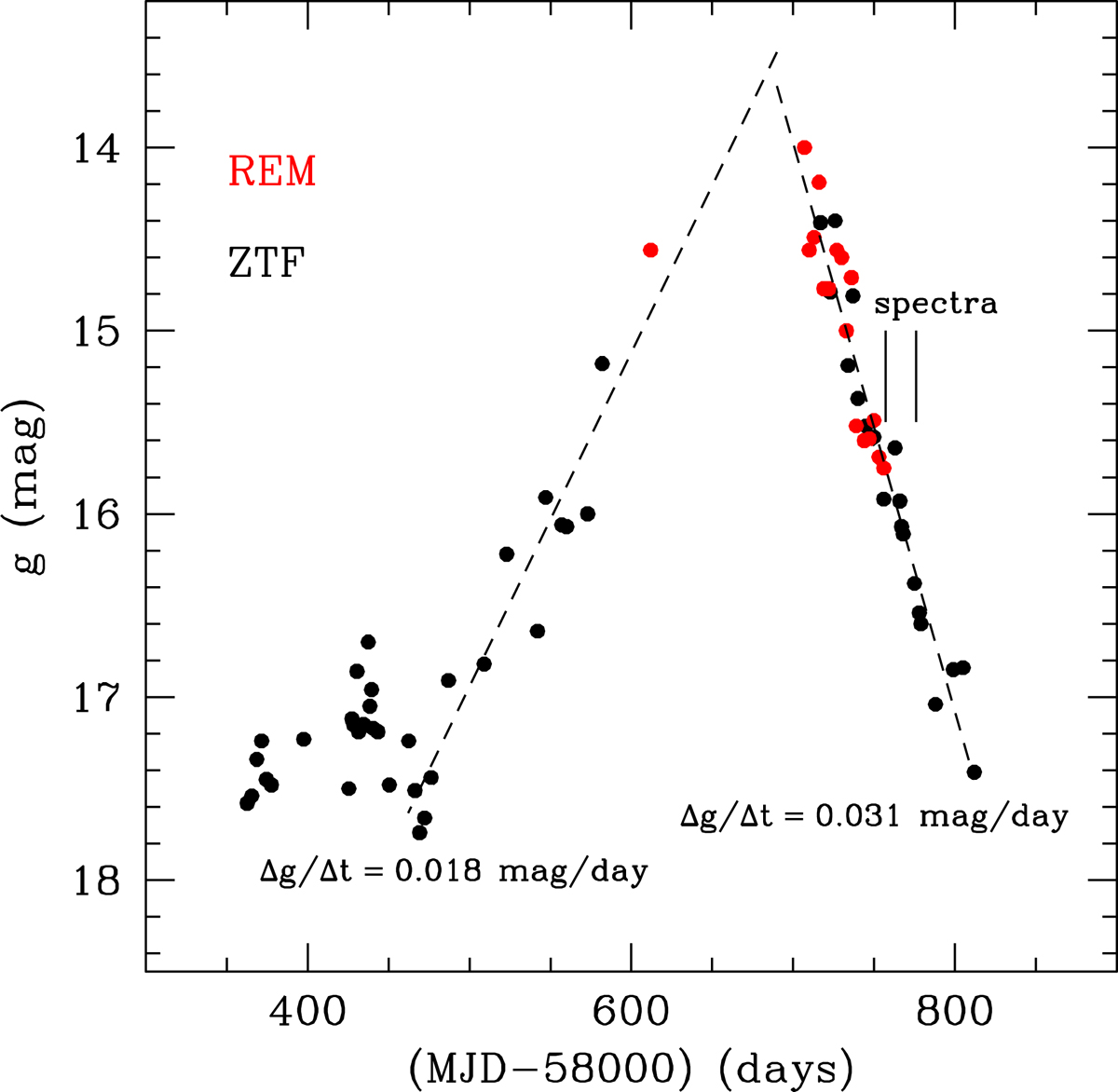