Context. Large-scale Rossby waves have recently been discovered based on measurements of horizontal surface and near-surface solar flows.
Aims: We are interested in understanding why it is only equatorial modes that are observed and in modelling the radial structure of the observed modes. To this aim, we have characterised the radial eigenfunctions of r modes for slowly rotating polytropes in uniform rotation.
Methods: We followed Provost et al. (1981, A&A, 94, 126) and considered a linear perturbation theory to describe quasi-toroidal stellar adiabatic oscillations in the inviscid case. We used perturbation theory to write the solutions to the fourth order in the rotational frequency of the star. We numerically solved the eigenvalue problem, concentrating on the type of behaviour exhibited where the stratification is nearly adiabatic.
Results: We find that for free-surface boundary conditions on a spheroid of non-vanishing surface density, r modes can only exist for ℓ = m spherical harmonics in the inviscid case and we compute their depth dependence and frequencies to leading order. For quasi-adiabatic stratification, the sectoral modes with no radial nodes are the only modes which are almost toroidal and the depth dependence of the corresponding horizontal motion scales as rm. For all r modes, except the zero radial order sectoral ones, non-adiabatic stratification plays a crucial role in the radial force balance.
Conclusions: The lack of quasi-toroidal solutions when stratification is close to neutral, except for the sectoral modes without nodes in radius, follows from the need for both horizontal and radial force balance. In the absence of super- or sub-adiabatic stratification and viscosity, both the horizontal and radial parts of the force balance independently determine the pressure perturbation. The only quasi-toroidal cases in which these constraints on the pressure perturbation are consistent are the special cases where ℓ = m and the horizontal displacement scales with rm. 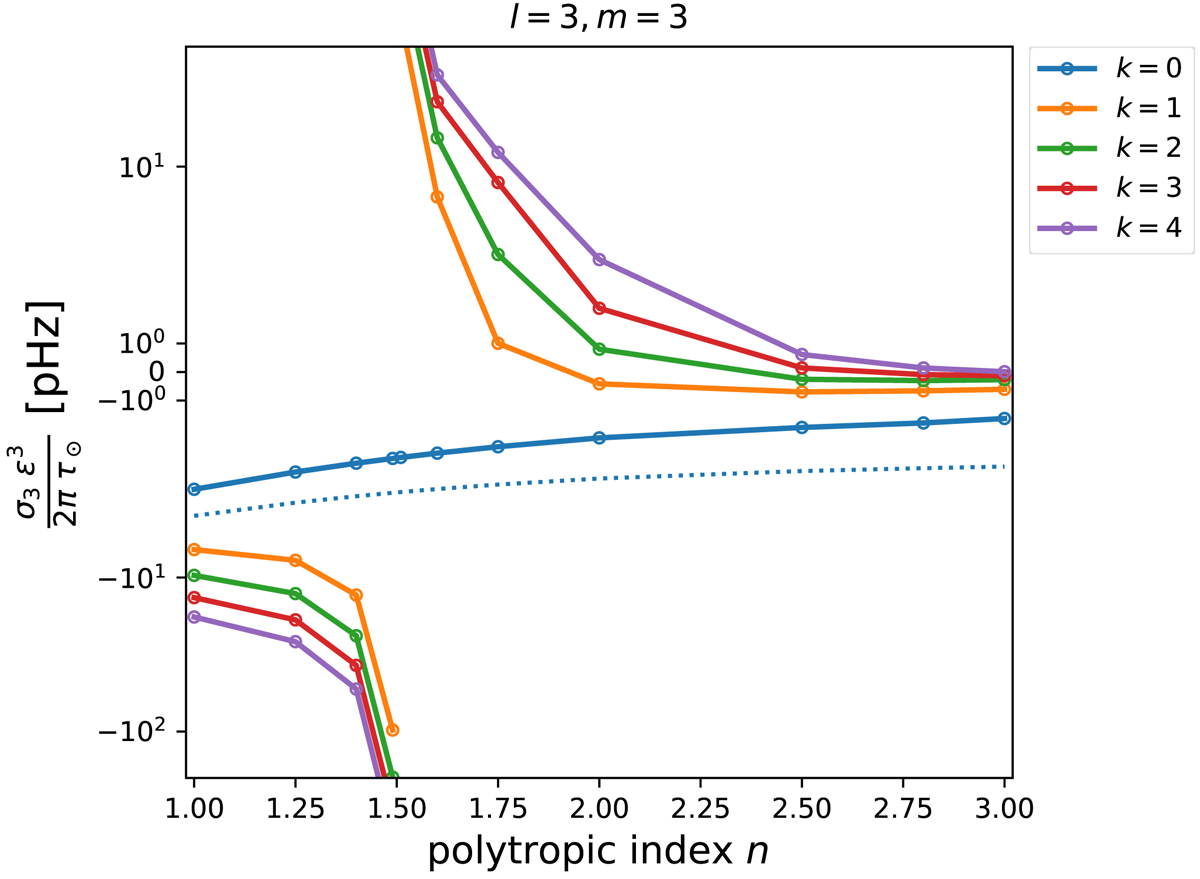