The star S2 orbiting the compact radio source Sgr A* is a precision probe of the gravitational field around the closest massive black hole (candidate). Over the last 2.7 decades we have monitored the star's radial velocity and motion on the sky, mainly with the SINFONI and NACO adaptive optics (AO) instruments on the ESO VLT, and since 2017, with the four-telescope interferometric beam combiner instrument GRAVITY. In this Letter we report the first detection of the General Relativity (GR) Schwarzschild Precession (SP) in S2's orbit. Owing to its highly elliptical orbit (e = 0.88), S2's SP is mainly a kink between the pre-and post-pericentre directions of motion ≈±1 year around pericentre passage, relative to the corresponding Kepler orbit. The superb 2017-2019 astrometry of GRAVITY defines the pericentre passage and outgoing direction. The incoming direction is anchored by 118 NACO-AO measurements of S2's position in the infrared reference frame, with an additional 75 direct measurements of the S2-Sgr A* separation during bright states ("flares") of Sgr A*. Our 14-parameter model fits for the distance, central mass, the position and motion of the reference frame of the AO astrometry relative to the mass, the six parameters of the orbit, as well as a dimensionless parameter fSP for the SP (fSP = 0 for Newton and 1 for GR). From data up to the end of 2019 we robustly detect the SP of S2, δϕ ≈ 12' per orbital period. From posterior fitting and MCMC Bayesian analysis with different weighting schemes and bootstrapping we find fSP = 1.10 ± 0.19. The S2 data are fully consistent with GR. Any extended mass inside S2's orbit cannot exceed ≈0.1% of the central mass. Any compact third mass inside the central arcsecond must be less than about 1000 M⊙. 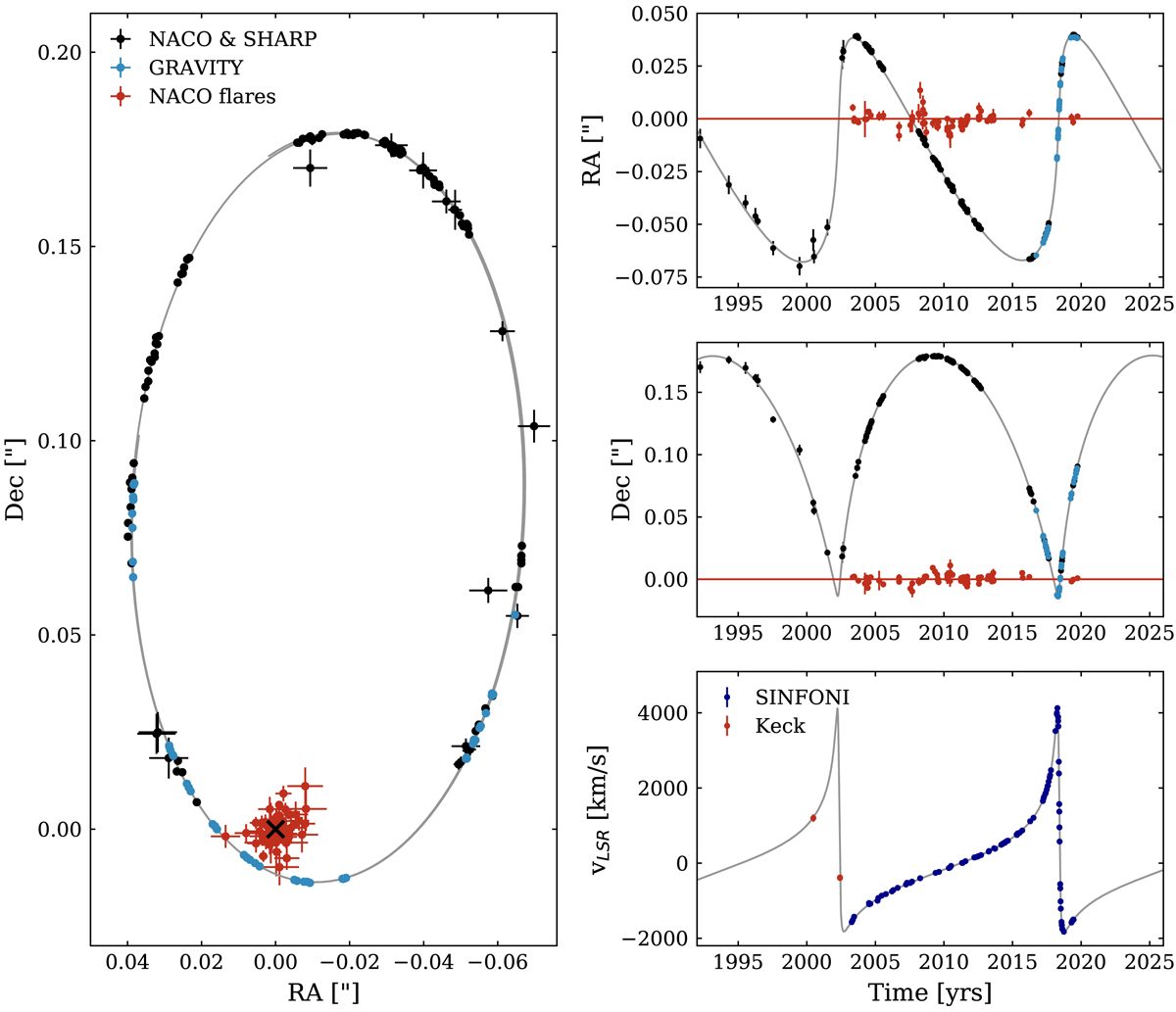