A family portrait of disk inner rims around Herbig Ae/Be stars. Hunting for warps, rings, self shadowing, and misalignments in the inner astronomical units

Context. The innermost astronomical unit (au) in protoplanetary disks is a key region for stellar and planet formation, as exoplanet searches have shown a large occurrence of close-in planets that are located within the first au around their host star.
Aims: We aim to reveal the morphology of the disk inner rim using near-infrared interferometric observations with milli-arcsecond resolution provided by near-infrared multitelescope interferometry.
Methods: We provide model-independent reconstructed images of 15 objects selected from the Herbig AeBe survey carried out with PIONIER at the Very Large Telescope Interferometer, using the semi-parametric approach for image reconstruction of chromatic objects. We propose a set of methods to reconstruct and analyze the images in a consistent way.
Results: We find that 40% of the systems (6/15) are centrosymmetric at the angular resolution of the observations. For the rest of the objects, we find evidence for asymmetric emission due to moderate-to-strong inclination of a disk-like structure for ~30% of the objects (5/15) and noncentrosymmetric morphology due to a nonaxisymmetric and possibly variable environment (4/15, ~27%). Among the systems with a disk-like structure, 20% (3/15) show a resolved dust-free cavity. Finally, we do not detect extended emission beyond the inner rim.
Conclusions: The image reconstruction process is a powerful tool to reveal complex disk inner rim morphologies, which is complementary to the fit of geometrical models. At the angular resolution reached by near-infrared interferometric observations, most of the images are compatible with a centrally peaked emission (no cavity). For the most resolved targets, image reconstruction reveals morphologies that cannot be reproduced by generic parametric models (e.g., perturbed inner rims or complex brightness distributions). Moreover, the nonaxisymmetric disks show that the spatial resolution probed by optical interferometers makes the observations of the near-infrared emission (inside a few au) sensitive to temporal evolution with a time-scale down to a few weeks. The evidence of nonaxisymmetric emission that cannot be explained by simple inclination and radiative transfer effects requires alternative explanations, such as a warping of the inner disks. Interferometric observations can therefore be used to follow the evolution of the asymmetry of those disks at an au or sub-au scale. 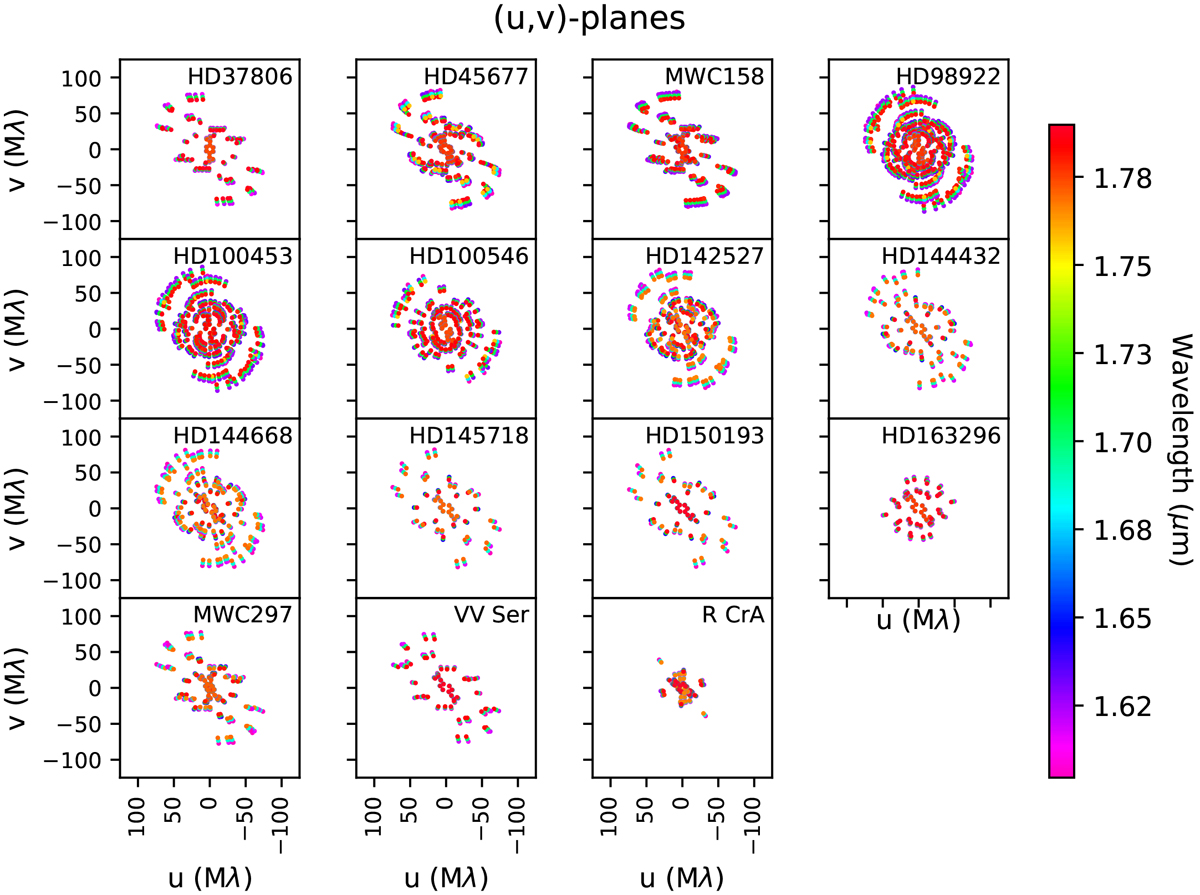