Solar-like stars (M ≲ 1.3 M⊙) lose angular momentum through their magnetized winds. The resulting evolution of the surface rotation period, which can be directly measured photometrically, has the potential to be an accurate indicator of stellar age, and is constrained by observations of rotation periods of coeval stars, such as members of Galactic open clusters. A prominent observational feature of the mass-rotation period diagrams of open clusters is a sequence of relatively slower rotators. The formation and persistence of this slow-rotator sequence across several billion years imply an approximately coherent spin-down of the stars that belong to it. In particular, the sequence is observed to evolve coherently toward longer periods in progressively older clusters. Recent observations of the ≈700 Myr Praesepe and the 1 Gyr NGC 6811 clusters, however, are not fully consistent with this general pattern. While the stars of 1 M⊙ on the slow-rotator sequence of the older NGC 6811 have longer periods than their counterparts in the younger Praesepe, as expected, the two sequences essentially merge at lower masses (≲0.8 M⊙). In other words, it seems that low-mass stars have not been spinning down in the intervening 300 Myr. Here we show that this behavior is a manifestation of the variable rotational coupling in solar-like stars. The resurfacing of angular momentum from the interior can temporarily compensate for that lost at the surface due to wind braking. In our model the internal redistribution of angular momentum has a steep mass dependence; as a result, the re-coupling occurs at different ages for stars of different masses. The semi-empirical mass dependence of the rotational coupling timescale included in our model produces an evolution of the slow-rotator sequence in very good agreement with the observations. Our model, in particular, explains the stalled surface spin-down of low-mass stars between Praesepe and NGC 6811, and predicts that the same behavior should be observable at other ages in other mass ranges. 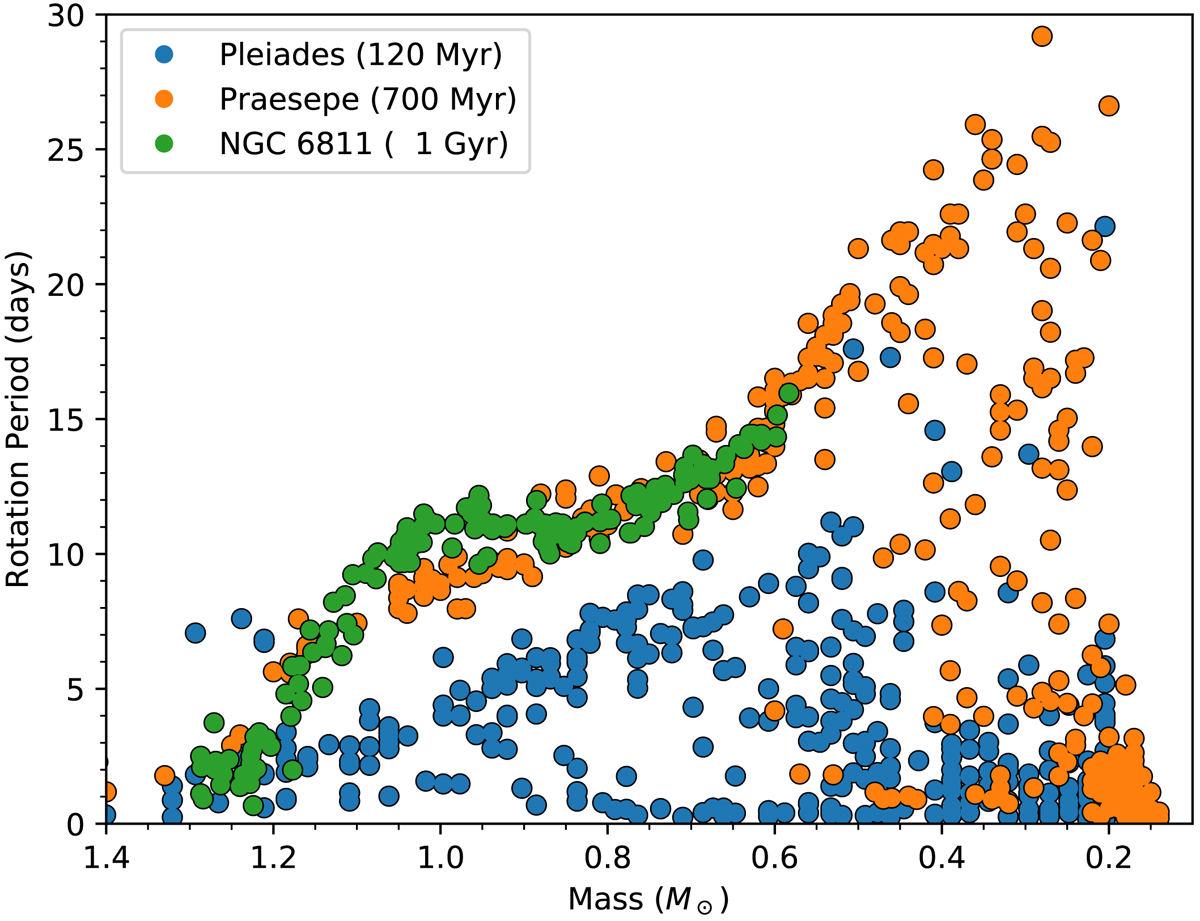