How magnetic fields contribute to the differentiation of the rotation rates of the Ap stars and affect the occurrence of non-radial pulsation in some of them are important open questions. Valuable insight can be gained into these questions by studying some of the most extreme examples of the processes at play. The super-slowly rotating rapidly oscillating Ap (roAp) star HD 166473 is such an example. We performed the first accurate determination of its rotation period, Prot = (3836 ± 30) d, from the analysis of 56 measurements of the mean magnetic field modulus ⟨B⟩ based on high-resolution spectra acquired between 1992 and 2019 at various observatories and with various instrumental configurations. We complemented this analysis with the consideration of an inhomogeneous set of 21 determinations of the mean longitudinal magnetic field ⟨Bz⟩ spanning the same time interval. This makes HD 166473 one of only four Ap stars with a period longer than 10 years for which magnetic field measurements have been obtained over more than a full cycle. The variation curves of ⟨B⟩ and of ⟨Bz⟩ are well approximated by cosine waves. The magnetic field of HD 166473 only seems to deviate slightly from axisymmetry, but it definitely involves a considerable non-dipolar component. Among the stars with rotation periods longer than 1000 d for which magnetic field measurements with full phase coverage are available, HD 166473 has the strongest field. Its magnetic field is also one of the strongest known among roAp stars. Overall, the magnetic properties of HD 166473 do not seem fundamentally distinct from those of the faster-rotating Ap stars. However, considering as a group the eight Ap stars that have accurately determined periods longer than 1000 d and whose magnetic variations have been characterised over a full cycle suggests that the angles between their magnetic and rotation axes tend to be systematically large.

Based on observations collected at the Canada-France-Hawaii Telescope (CFHT), which is operated by the National Research Council of Canada, the Institut National des Sciences de l'Univers of the Centre National de la Recherche Scientifique of France, and the University of Hawaii; and on data products from observations made with ESO Telescopes at the La Silla Paranal Observatory under programmes 79.C-0170, 80.C-0032, 81.C-0034, and 89.D-0383. The operations at the Canada-France-Hawaii Telescope are conducted with care and respect from the summit of Mauna Kea, which is a significant cultural and historic site. 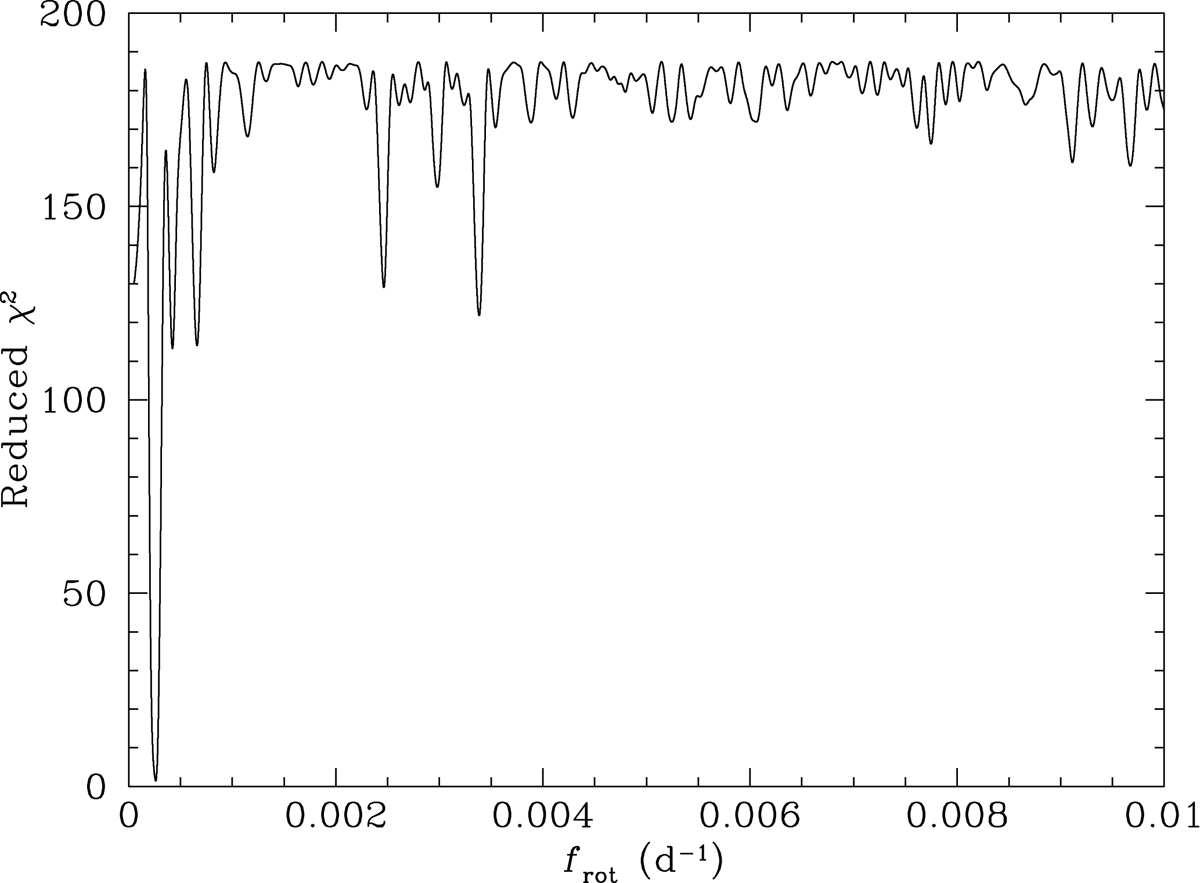