Context. Be stars are physically complex systems that continue to challenge theory to understand their rapid rotation, complex variability, and decretion disks. γ Cassiopeiae (γ Cas) is one such star but is even more curious because of its unexplained hard thermal X-ray emission.
Aims: We aim to examine the optical variability of γ Cas and thereby to shed more light on its puzzling behaviour.
Methods: We analysed 321 archival Hα spectra from 2006 to 2017 to search for frequencies corresponding to the 203.5 day orbit of the companion. Space photometry from the SMEI satellite from 2003 to 2011 and the BRITE-Constellation of nano-satellites from 2015 to 2019 were investigated in the period range from a couple of hours to a few days.
Results: The orbital period of the companion of 203.5 days is confirmed with independent measurements from the structure of the Hα line emission. A strong blue versus red asymmetry in the amplitude distribution across the Hα emission line could hint at a spiral structure in the decretion disk. With the space photometry, the known frequency of 0.82 d-1 is confirmed in data from the early 2000s. A higher frequency of 2.48 d-1 is present in the data from 2015 to 2019 and possibly in the early 2000s as well. A third frequency at 1.25 d-1 is proposed to exist in both SMEI and BRITE data. Seemingly, only a non-radial pulsation interpretation can explain all three variations. The two higher frequencies are incompatible with rotation.

Based on data collected by the BRITE-Constellation satellite mission that is designed, built, launched, operated, and supported by the Austrian Research Promotion Agency (FFG), the University of Vienna, the Technical University of Graz, the University of Innsbruck, the Canadian Space Agency (CSA), the University of Toronto Institute for Aerospace Studies (UTIAS), the Foundation for Polish Science & Technology (FNiTP MNiSW), and National Science Centre (NCN). 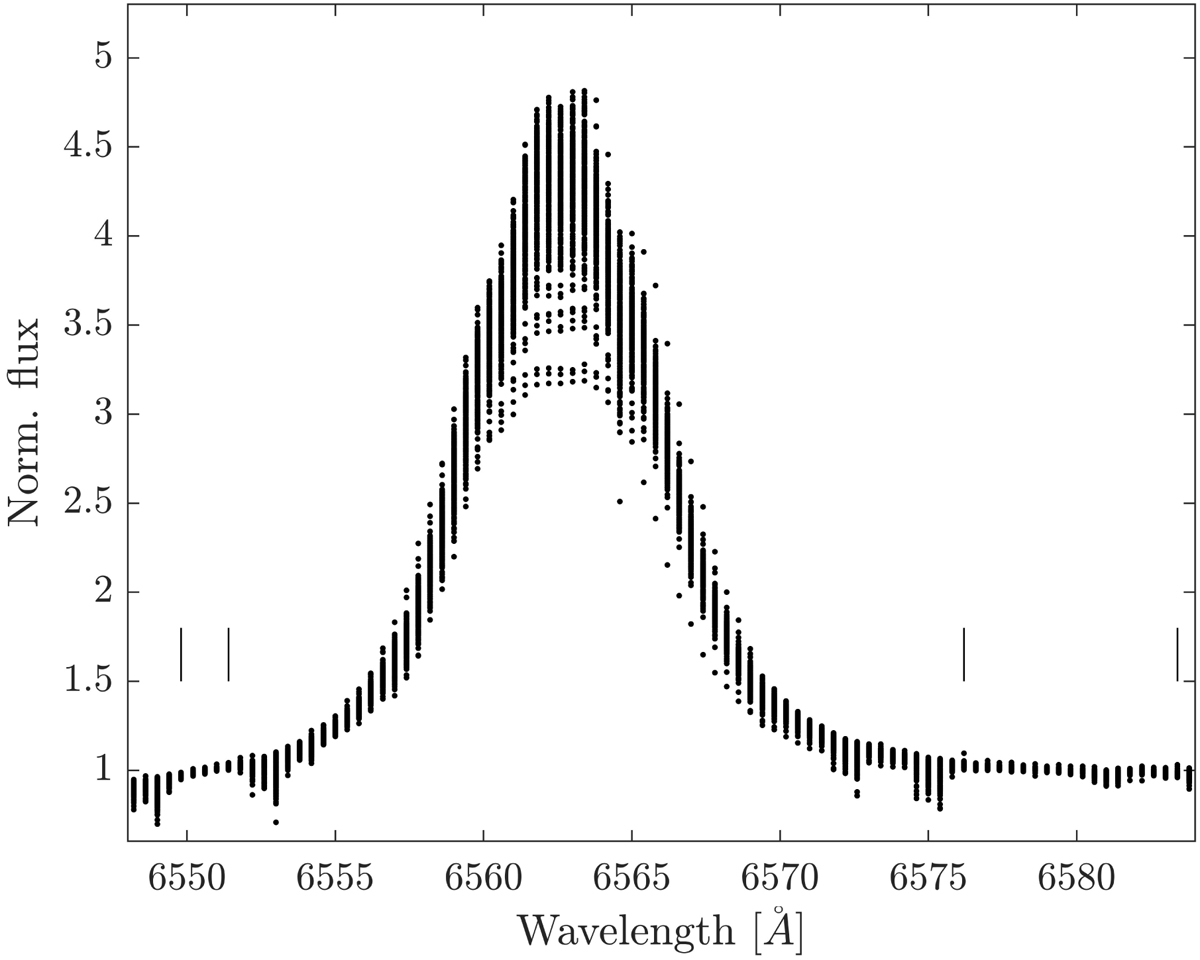