MASCARA-4 b/bRing-1 b: A retrograde hot Jupiter around a bright A-type star

Context. The Multi-site All-Sky CAmeRA (MASCARA) and bRing are both photometric ground-based instruments with multiple stations that rely on interline charge-coupled devices with wide-field lenses to monitor bright stars in the local sky for variability. MASCARA has already discovered several planets in the northern sky, which are among the brightest known transiting hot Jupiter systems.
Aims: In this paper, we aim to characterize a transiting planetary candidate in the southern skies found in the combined MASCARA and bRing data sets of HD 85628, an A7V star of V = 8.2 mag at a distance 172 pc, to establish its planetary nature.
Methods: The candidate was originally detected in data obtained jointly with the MASCARA and bRing instruments using a Box Least-Square search for transit events. Further photometry was taken by the 0.7 m Chilean-Hungarian Automated Telescope (CHAT), and radial velocity measurements with the Fiber Dual Echelle Optical Spectrograph on the European Southern Observatory 1.0 m Telescope. High-resolution spectra during a transit were taken with the CTIO high-resolution spectrometer (CHIRON) on the Small and Moderate Aperture Research Telescope System 1.5 m telescope to target the Doppler shadow of the candidate.
Results: We confirm the existence of a hot Jupiter transiting the bright A7V star HD 85628, which we co-designate as MASCARA-4b and bRing-1b. It is in an orbit of 2.824 days, with an estimated planet radius of 1.53-0.04+0.07 RJup and an estimated planet mass of 3.1 ± 0.9 MJup, putting it well within the planetary regime. The CHAT observations show a partial transit, reducing the probability that the transit was around a faint background star. The CHIRON observations show a clear Doppler shadow, implying that the transiting object is in a retrograde orbit with |λ| =244.9-3.6+2.7°. The planet orbits at a distance of 0.047 ± 0.004 AU from the star and has a zero-albedo equilibrium temperature of 2100 ± 100 K. In addition, we find that HD 85628 has a previously unreported stellar companion star in the Gaia DR2 data demonstrating common proper motion and parallax at 4.3'' separation (projected separation ~740 AU), and with absolute magnitude consistent with being a K/M dwarf.
Conclusions: MASCARA-4 b/bRing-1 b is the brightest transiting hot Jupiter known to date in a retrograde orbit. It further confirms that planets in near-polar and retrograde orbits are more common around early-type stars. Due to its high apparent brightness and short orbital period, the system is particularly well suited for further atmospheric characterization. 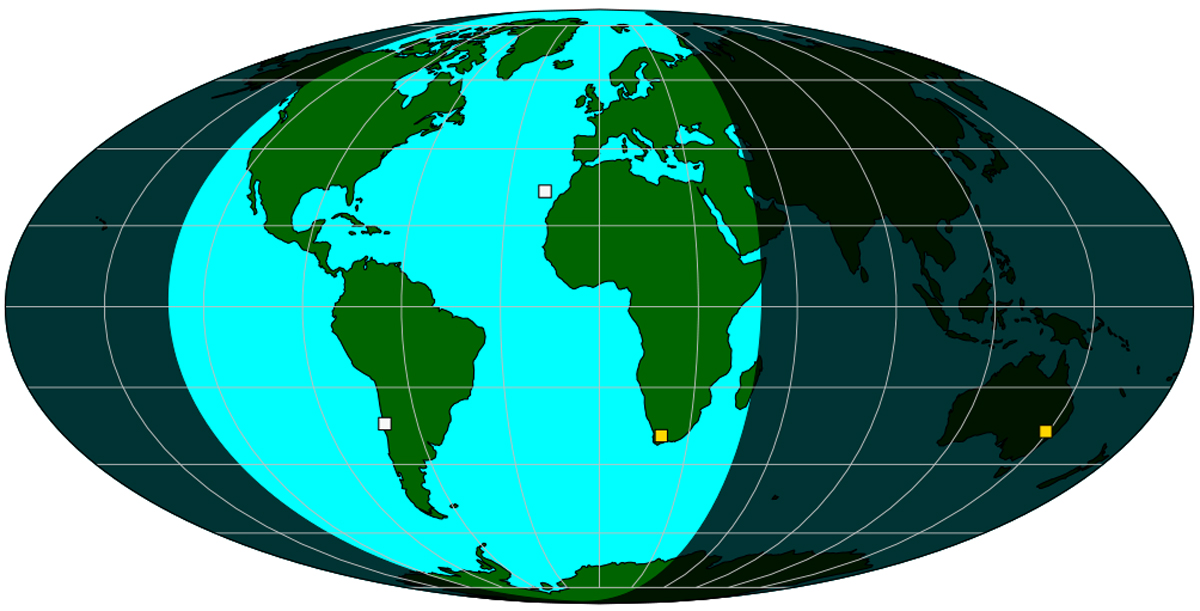