We present a detailed study of the Orion B molecular cloud complex (d ~ 400 pc), which was imaged with the PACS and SPIRE photometric cameras at wavelengths from 70 to 500 μm as part of the Herschel Gould Belt survey (HGBS). We release new high-resolution maps of column density and dust temperature for the whole complex, derived in the same consistent manner as for other HGBS regions. In the filamentary subregions NGC 2023 and 2024, NGC 2068 and 2071, and L1622, a total of 1768 starless dense cores were identified based on Herschel data, 490-804 (~28-45%) of which are self-gravitating prestellar cores that will likely form stars in the future. A total of 76 protostellar dense cores were also found. The typical lifetime of the prestellar cores was estimated to be tpreOrionB = 1.7-0.6+0.8Myr. The prestellar core mass function (CMF) derived for the whole sample of prestellar cores peaks at ~0.5 M⊙ (in dN/dlogM format) and is consistent with a power-law with logarithmic slope -1.27 ± 0.24 at the high-mass end, compared to the Salpeter slope of - 1.35. In the Orion B region, we confirm the existence of a transition in prestellar core formation efficiency (CFE) around a fiducial value AVbg ~ 7 mag in background visual extinction, which is similar to the trend observed with Herschel in other regions, such as the Aquila cloud. This is not a sharp threshold, however, but a smooth transition between a regime with very low prestellar CFE at AVbg < 5 and a regime with higher, roughly constant CFE at AVbg ≳ 10. The total mass in the form of prestellar cores represents only a modest fraction (~20%) of the dense molecular cloud gas above AVbg ≳ 7 mag. About 60-80% of the prestellar cores are closely associated with filaments, and this fraction increases up to >90% when a more complete sample of filamentary structures is considered. Interestingly, the median separation observed between nearest core neighbors corresponds to the typical inner filament width of ~0.1 pc, which is commonly observed in nearby molecular clouds, including Orion B. Analysis of the CMF observed as a function of background cloud column density shows that the most massive prestellar cores are spatially segregated in the highest column density areas, and suggests that both higher- and lower-mass prestellar cores may form in denser filaments. 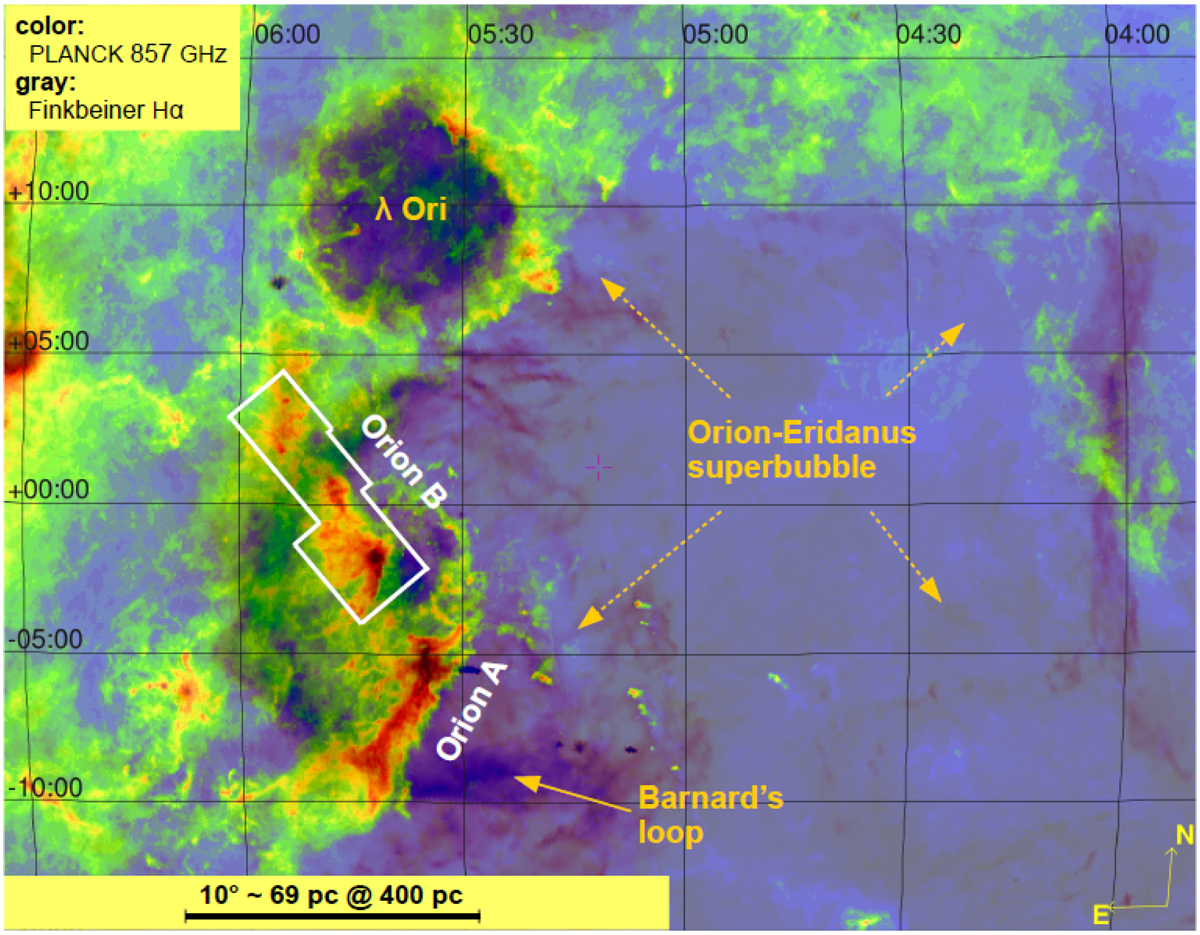