The Virgo Environmental Survey Tracing Ionised Gas Emission (VESTIGE) is a blind narrow-band Hα + [NII] imaging survey of the Virgo cluster carried out with MegaCam at the Canada-French-Hawaii telescope. We use a new set of data extracted from VESTIGE to study the impact of the hostile cluster environment on the star formation process down to the scale of HII regions (∼50 pc). Here, HII regions are identified and their parameters measured using the HIIPHOT code on a sample of 114 late-type galaxies spanning a wide range in morphological type (Sa-Sd, Im, BCD), stellar mass (106.5 ≤ Mstar ≤ 1011 M⊙), and star formation activity (10-3 ≤ SFR ≤ 10 M⊙ yr-1). Owing to the exquisite average resolution of the VESTIGE data (0.65 arcsec), we detect 11302 HII regions with an Hα luminosity L(Hα) ≥ 1037 erg s-1. We show that the typical number of HII regions in gas-stripped objects is significantly lower than in healthy late-types of similar stellar mass. We also show that in these gas-stripped galaxies the number of HII regions significantly drops outside the effective radius, suggesting that the quenching process occurs outside-in, in agreement with other multifrequency observations. These new results consistently confirm that the main mechanism responsible for the decrease of the star formation activity observed in cluster galaxies is ram pressure, allowing us to discard other milder processes such as starvation or strangulation, which are unable to reproduce the observed radially truncated profiles.

Based on observations obtained with MegaPrime/MegaCam, a joint project of CFHT and CEA/DAPNIA, at the Canada-French-Hawaii Telescope (CFHT) which is operated by the National Research Council (NRC) of Canada, the Institut National des Sciences de l'Univers of the Centre National de la Recherche Scientifique (CNRS) of France and the University of Hawaii. 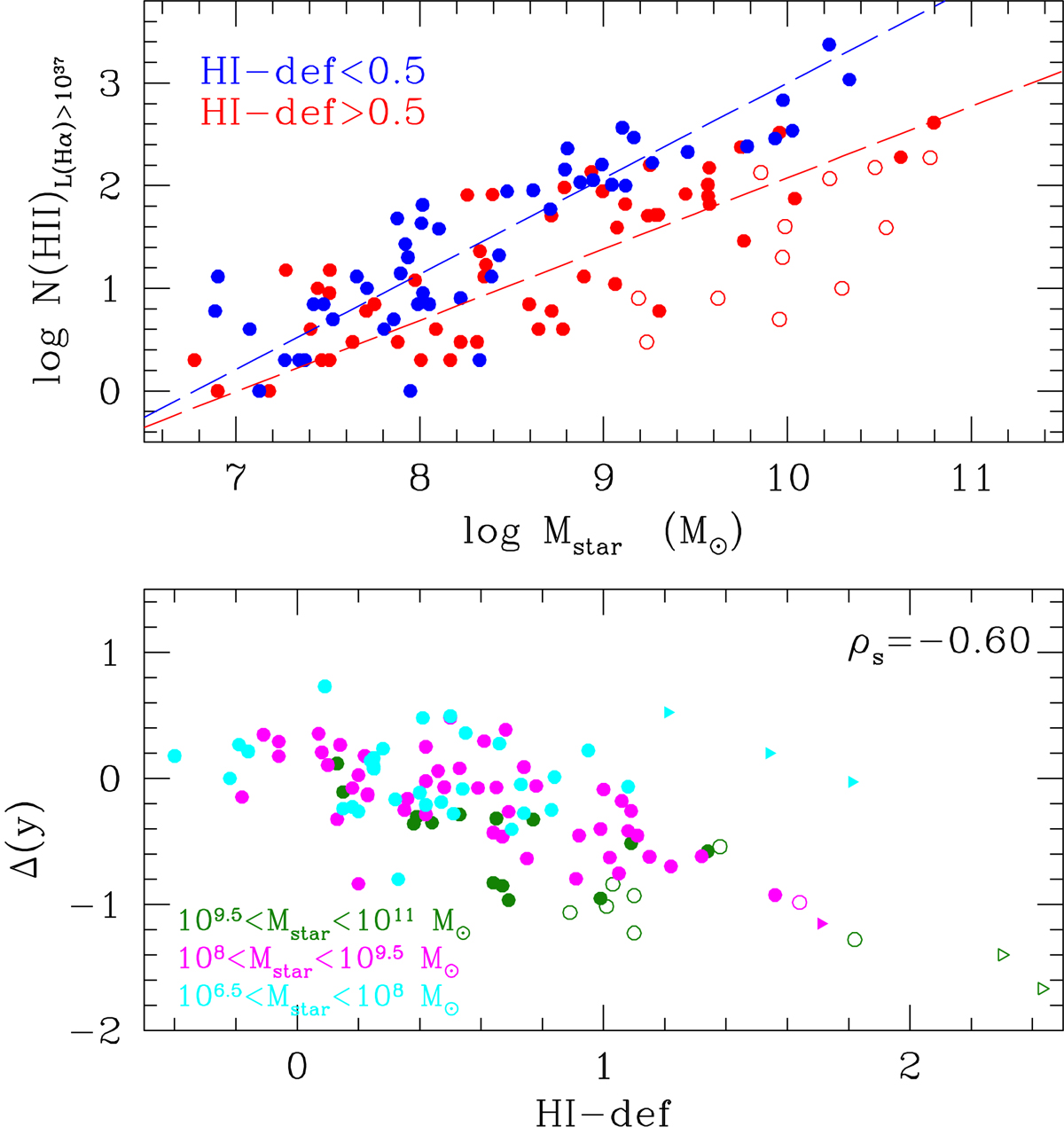