Incoherent fast variability of X-ray obscurers. The case of NGC 3783

Context. Obscuration events caused by outflowing clumps or streams of high column density and low ionised gas, shown to absorb the X-ray continuum heavily, have been witnessed across a number of Seyfert galaxies.
Aims: We report on the X-ray spectral-timing analysis of the December 2016 obscuration event in NGC 3783, which was aimed at probing variability of the X-ray obscurer on the shortest possible timescales. The main goals of this study are to obtain independent constraints on the density and, ultimately on the distance of the obscuring gas, as well as to characterise the impact of variable obscuration on the observed X-ray spectral-timing characteristics of Seyfert galaxies.
Methods: We carried out a comparative analysis of NGC 3783 during unobscured (using archival 2000-2001 XMM-Newton data) and obscured states (using XMM-Newton and NuSTAR data from the 2016 observational campaign). The analysed timescales range between ten hours and about one hour. This study was then generalised to discuss the signatures of variable obscuration in the X-ray spectral-timing characteristics of Seyfert galaxies as a function of the physical properties of the obscuring gas.
Results: The X-ray obscurer in NGC 3783 is found to vary on timescales between about one hour to ten hours. This variability is incoherent with respect to the variations of the X-ray continuum. A fast response (on timescales shorter than about 1.5 ks) of the ionisation state of the obscuring gas to the short timescale variability of the primary X-ray continuum provides a satisfactory interpretation of all the observed X-ray spectral-timing properties. This study enabled us to put independent constraints on the density and location of the obscuring gas. We found the gas to have a density of ne > 7.1 × 107 cm-3, which is consistent with a location in the broad line region. 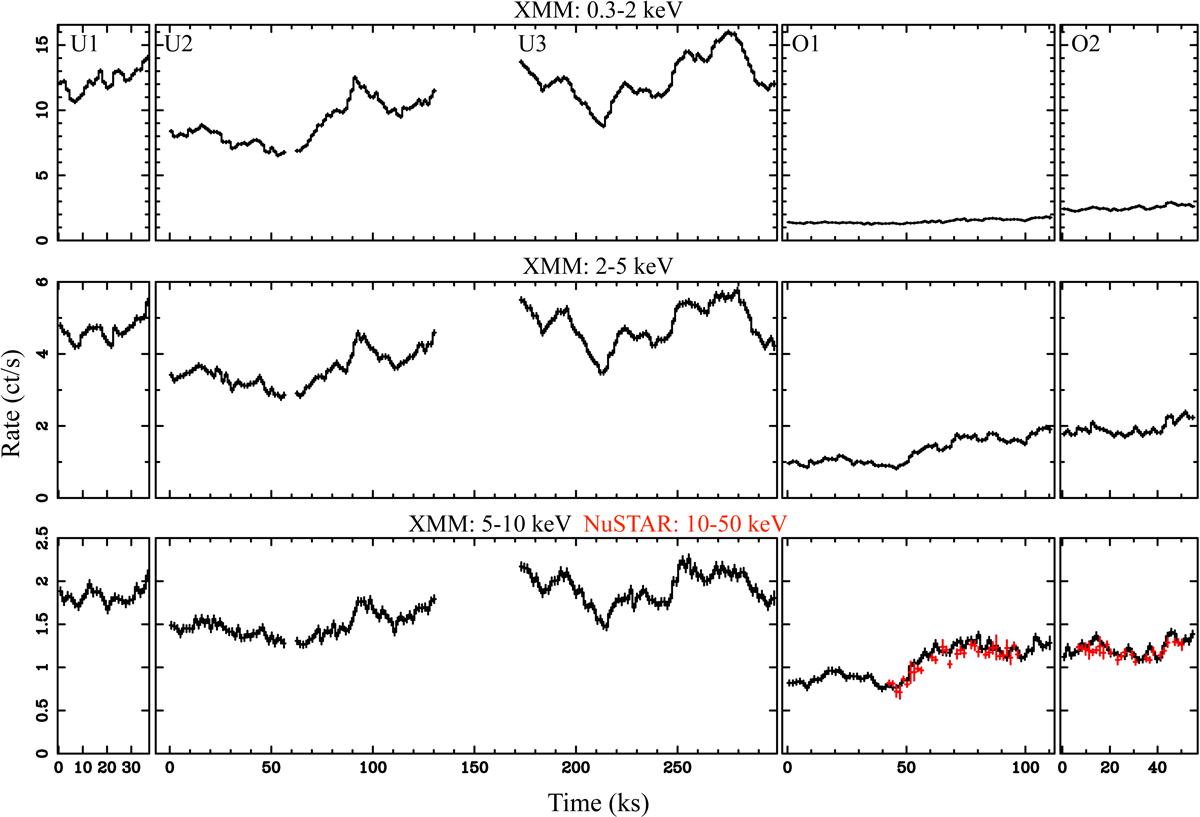