The nature of the NGC 2546: Not one but two open clusters

Context. As part of a broader project on the role of binary stars in clusters, we present a spectroscopic study of the open cluster NGC 2546, which is a large cluster lacking previous spectroscopic analysis.
Aims: We report the finding of two open clusters in the region of NGC 2546. For the two star groups, we determine radial velocity, parallax, proper motion, reddening, distance modulus, and age, using our spectroscopic observations and available photometric and astrometric data, mainly from the second Gaia data release (Gaia-DR2). We also determine the orbit of four spectroscopic binaries in these open clusters.
Methods: From mid-resolution spectroscopic observations for 28 stars in the NGC 2546 region, we determined radial velocities and evaluate velocity variability. To analyze double-lined spectroscopic binaries, we used a spectral separation technique and fit the spectroscopic orbits using a least-squares code. The presence of two stellar groups is suggested by the radial velocity distribution and confirmed by available photometric and astrometric data. We applied a multi-criteria analysis to determine cluster membership, and obtained kinematic and physical parameters of the clusters.
Results: NGC 2546 is actually two clusters, NGC 2546A and NGC 2546B, which are not physically related to each other. NGC 2546A has an age of about 180 Myr and a distance of 950 pc. It has a half-number radius of 8 pc and contains about 480 members brighter than G = 18 mag. NGC 2546B is a very young cluster (<10 Myr) located at a distance of 1450 pc. It is a small cluster with 80 members and a half-number radius of 1.6 pc. Stars less massive than 2.5 M⊙ in this cluster would be pre-main-sequence objects. We detected four spectroscopic binaries and determined their orbits. The two binaries of NGC 2546A contain chemically peculiar components: HD 68693 is composed of two mercury-manganese stars and HD 68624 has a Bp silicon secondary. Among the most massive objects of NGC 2546B, there are two binary stars: HD 68572, with P = 124.2 d, and CD -37 4344 with P = 10.4 d.

Tables 2 and 3 are only available at the CDS via anonymous ftp to http://cdsarc.u-strasbg.fr (ftp://130.79.128.5) or via http://cdsarc.u-strasbg.fr/viz-bin/cat/J/A+A/633/A146 This work is based on observations obtained at the Complejo Astronómico El Leoncito, operated under an agreement between the Consejo Nacional de Investigaciones Científicas y Técnicas de la República Argentina and the National Universities of La Plata, Córdoba and San Juan. 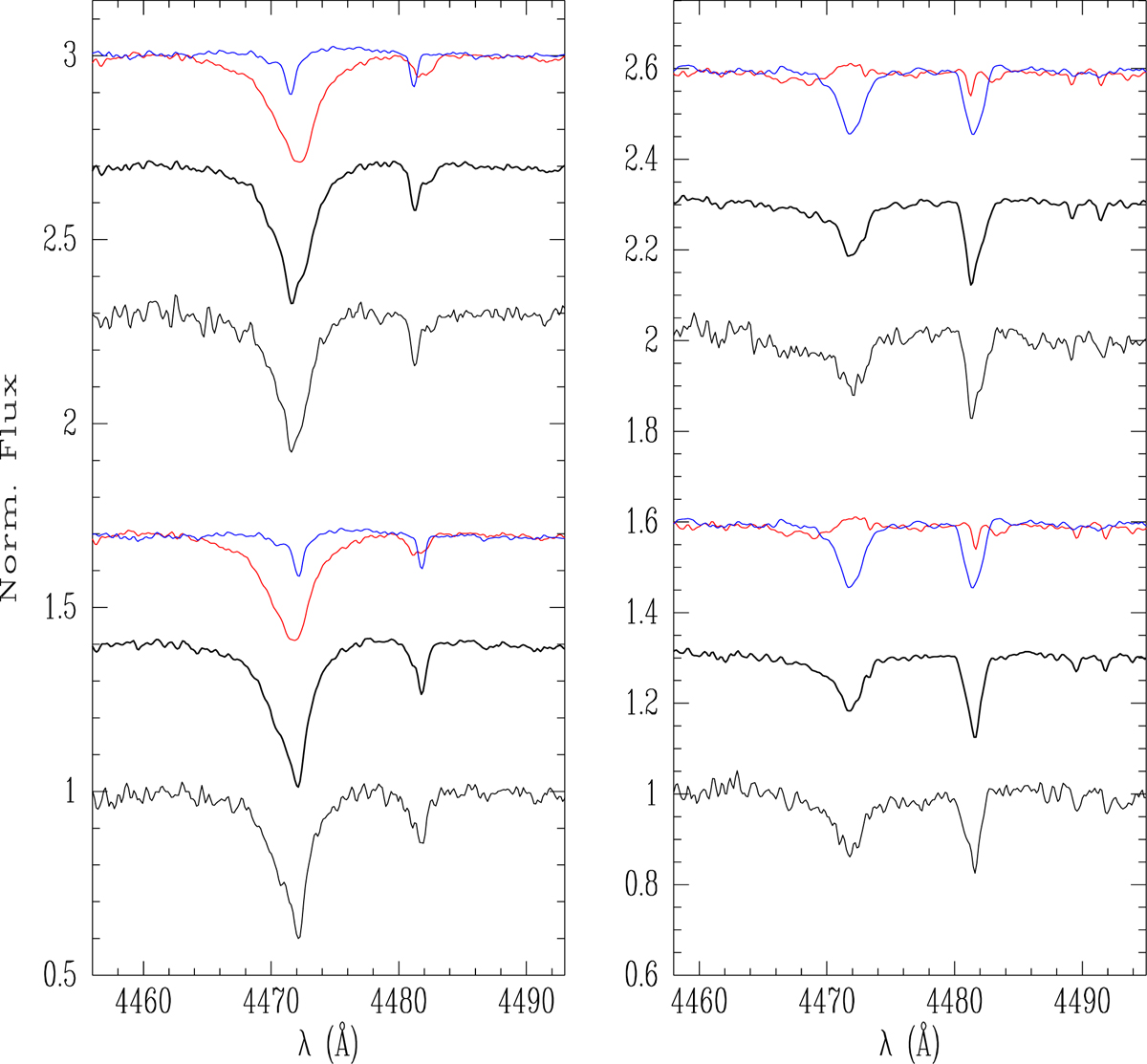