Ultra-short period (USP) planets are a class of exoplanets with periods shorter than one day. The origin of this sub-population of planets is still unclear, with different formation scenarios highly dependent on the composition of the USP planets. A better understanding of this class of exoplanets will, therefore, require an increase in the sample of such planets that have accurate and precise masses and radii, which also includes estimates of the level of irradiation and information about possible companions. Here we report a detailed characterization of a USP planet around the solar-type star HD 80653 ≡EP 251279430 using the K2 light curve and 108 precise radial velocities obtained with the HARPS-N spectrograph, installed on the Telescopio Nazionale Galileo. From the K2 C16 data, we found one super-Earth planet (Rb = 1.613 ± 0.071 R⊕) transiting the star on a short-period orbit (Pb = 0.719573 ± 0.000021 d). From our radial velocity measurements, we constrained the mass of HD 80653 b to Mb = 5.60 ± 0.43 M⊕. We also detected a clear long-term trend in the radial velocity data. We derived the fundamental stellar parameters and determined a radius of R⋆ = 1.22 ± 0.01 R⊙ and mass of M⋆ = 1.18 ± 0.04 M⊙, suggesting that HD 80653 has an age of 2.7 ± 1.2 Gyr. The bulk density (ρb = 7.4 ± 1.1 g cm-3) of the planet is consistent with an Earth-like composition of rock and iron with no thick atmosphere. Our analysis of the K2 photometry also suggests hints of a shallow secondary eclipse with a depth of 8.1 ± 3.7 ppm. Flux variations along the orbital phase are consistent with zero. The most important contribution might come from the day-side thermal emission from the surface of the planet at T ~ 3480 K.

HARPS-N spectroscopic data are only available at the CDS via anonymous ftp to http://cdsarc.u-strasbg.fr (ftp://130.79.128.5) or via http://cdsarc.u-strasbg.fr/viz-bin/cat/J/A+A/633/A133 Based on observations made with the Italian Telescopio Nazionale Galileo (TNG) operated by the Fundación Galileo Galilei (FGG) of the Istituto Nazionale di Astrofisica (INAF) at the Observatorio del Roque de los Muchachos (La Palma, Canary Islands, Spain). 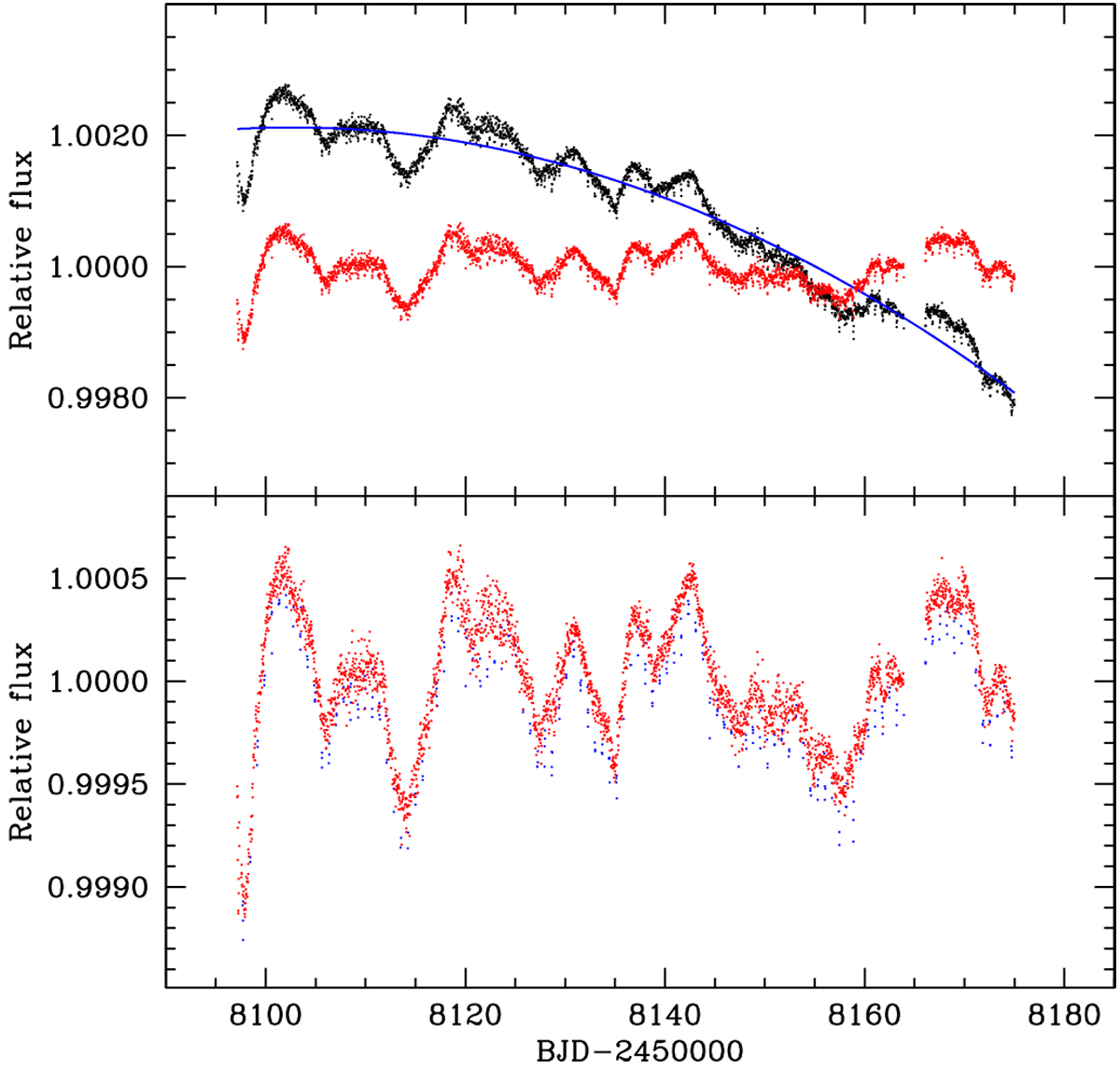