Context. Measuring the diffuse Galactic γ-ray flux in the TeV range is difficult for ground-based γ-ray telescopes because of the residual cosmic-ray background, which is higher than the γ-ray flux by several orders of magnitude. Its detection is also challenging for space-based telescopes because of low signal statistics.
Aims: We characterise the diffuse TeV flux from the Galaxy using decade-long exposures of the Fermi Large Area Telescope.
Methods: Considering that the level of diffuse Galactic emission in the TeV band approaches the level of residual cosmic-ray background, we estimated the level of residual cosmic-ray background in the SOURCEVETO event selection and verified that the TeV diffuse Galactic emission flux is well above the residual cosmic-ray background up to high Galactic latitude regions.
Results: We study spectral and imaging properties of the diffuse TeV signal from the Galactic plane. We find much stronger emission from the inner Galactic plane than in previous HESS telescope estimates (lower bound). We also find a significant difference in the measurement of the Galactic longitude and latitude profiles of the signal measured by Fermi and HESS. These discrepancies are presumably explained by the fact that regions of background estimate in HESS have non-negligible γ-ray flux. Comparing Fermi measurements with those of ARGO-YBJ, we find better agreement, with the notable exception of the Cygnus region, where we find much higher flux (by a factor 1.5). We also measure the TeV diffuse emission spectrum up to high Galactic latitude and show that the spectra of different regions of the sky have spectral slopes consistent with Γ = 2.34 ± 0.04, which is harder than the slope of the locally observed spectrum of cosmic rays with energies 10-100 TeV, which produce TeV diffuse emission on their way through the interstellar medium. We discuss the possible origin of the hard slope of the TeV diffuse emission.
Conclusions: Fermi/LAT provides reliable measurements of the diffuse Galactic emission spectrum in the TeV range, which are almost background free at low Galactic latitudes. The diffuse flux becomes comparable to the residual cosmic-ray background at Galactic latitudes |b| > 50°. Its measurement in these regions might suffer from systematic uncertainty stemming from the uncertainty of our phenomenological model of the residual cosmic-ray background in the Pass 8 Fermi/LAT data. 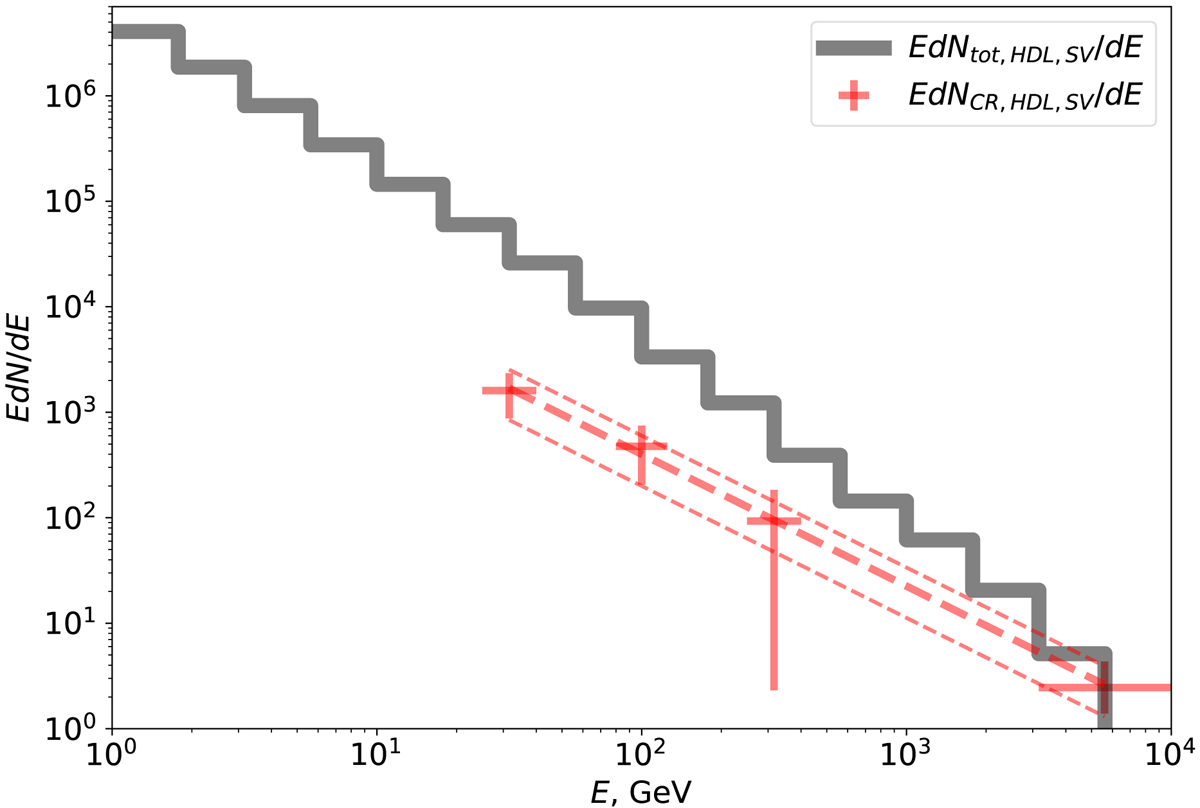