Context. Li is extensively known to be a good tracer of non-standard mixing processes occurring in stellar interiors.
Aims: We present the results of a new large Li survey in red giant stars and combine it with surveys from the literature to probe the impact of rotation-induced mixing and thermohaline double-diffusive instability along stellar evolution.
Methods: We determined the surface Li abundance for a sample of 829 giant stars with accurate Gaia parallaxes for a large sub-sample (810 stars) complemented with accurate HIPPARCOS parallaxes (19 stars). The spectra of our sample of northern and southern giant stars were obtained in three ground-based observatories (Observatoire de Haute-Provence, ESO-La Silla, and the Mc Donald Observatory). We determined the atmospheric parameters (Teff, log(g) and [Fe/H]), and the Li abundance. We used Gaia parallaxes and photometry to determine the luminosity of our objects and we estimated the mass and evolution status of each sample star with a maximum-likelihood technique using stellar evolution models computed with the STAREVOL code. We compared the observed Li behaviour with predictions from stellar models, including rotation and thermohaline mixing. The same approach was used for stars from selected Li surveys from the literature.
Results: Rotation-induced mixing accounts nicely for the Li behaviour in stars warmer than about 4200 K, independently of the mass domain. For stars with masses lower than 2 M⊙ thermohaline mixing leads to further Li depletion below the Teff of the RGB bump (about 4000 K), and on the early asymptotic giant branch, as observed. Depending on the definition we adopt, we find between 0.8 and 2.2% of Li-rich giants in our new sample. Conclusions.Gaia puts a new spin on the understanding of mixing processes in stars, and our study confirms the importance of rotation-induced processes and of thermohaline mixing. However asteroseismology is required to definitively pinpoint the actual evolution status of Li-rich giants. 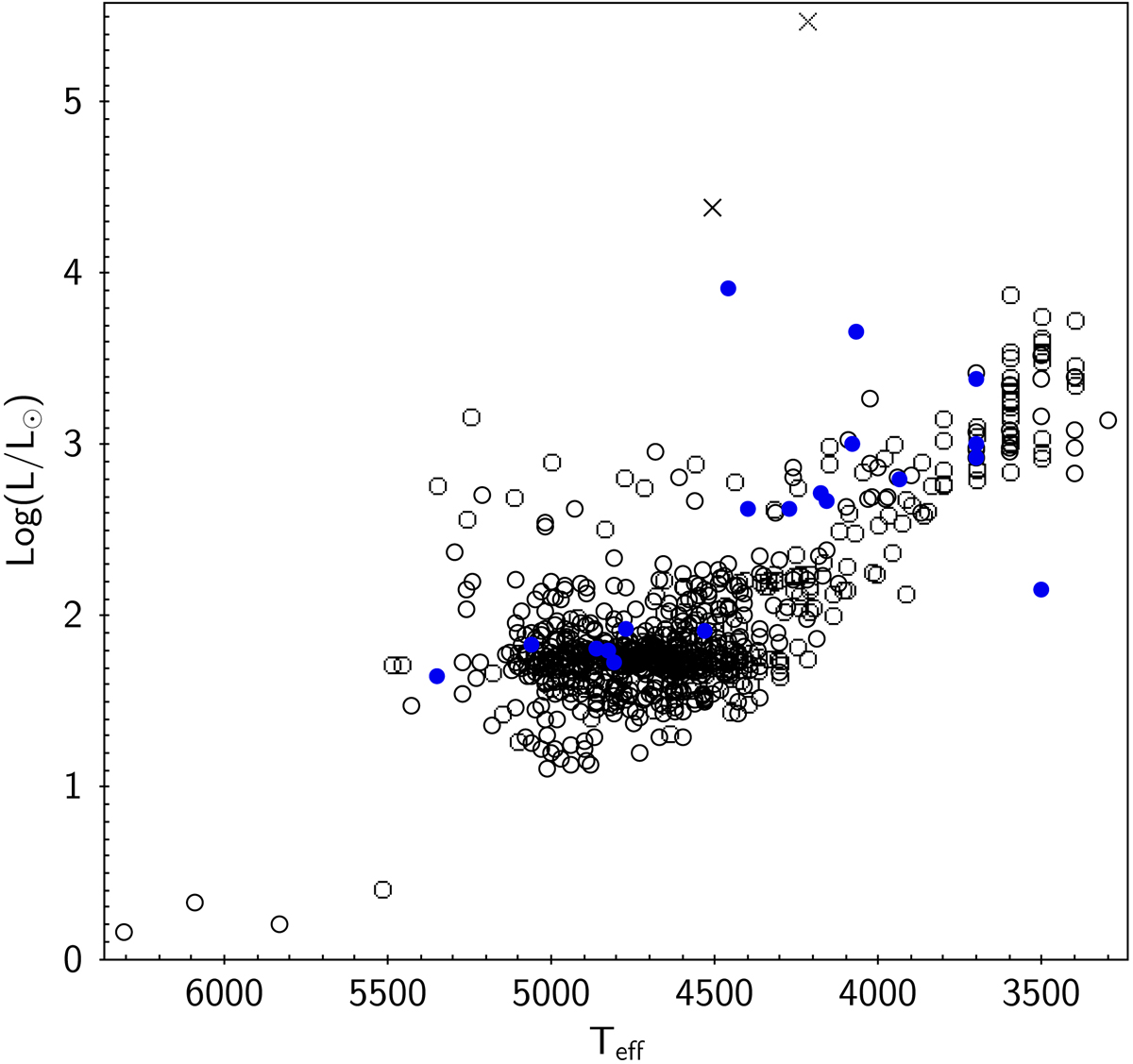