Context. We report the discovery of TOI 263.01 (TIC 120916706), a transiting substellar object (R = 0.87 RJup) orbiting a faint M3.5 V dwarf (V = 18.97) on a 0.56 d orbit.
Aims: We setout to determine the nature of the Transiting Exoplanet Survey Satellite (TESS) planet candidate TOI 263.01 using ground-based multicolour transit photometry. The host star is faint, which makes radial-velocity confirmation challenging, but the large transit depth makes the candidate suitable for validation through multicolour photometry.
Methods: Our analysis combines three transits observed simultaneously in r', i', and zs bands usingthe MuSCAT2 multicolour imager, three LCOGT-observed transit light curves in g', r', and i' bands, a TESS light curve from Sector 3, and a low-resolution spectrum for stellar characterisation observed with the ALFOSC spectrograph. We modelled the light curves with PYTRANSIT using a transit model that includes a physics-based light contamination component, allowing us to estimate the contamination from unresolved sources from the multicolour photometry. Using this information we were able to derive the true planet-star radius ratio marginalised over the contamination allowed by the photometry.Combining this with the stellar radius, we were able to make a reliable estimate of the absolute radius of the object.
Results: The ground-based photometry strongly excludes contamination from unresolved sources with a significant colour difference to TOI 263. Furthermore, contamination from sources of the same stellar type as the host is constrained to levels where the true radius ratio posterior has a median of 0.217 and a 99 percentile of0.286. The median and maximum radius ratios correspond to absolute planet radii of 0.87 and 1.41 RJup, respectively,which confirms the substellar nature of the planet candidate. The object is either a giant planetor a brown dwarf (BD) located deep inside the so-called "brown dwarf desert". Both possibilities offer a challenge to current planet/BD formation models and make TOI 263.01 an object that merits in-depth follow-up studies. 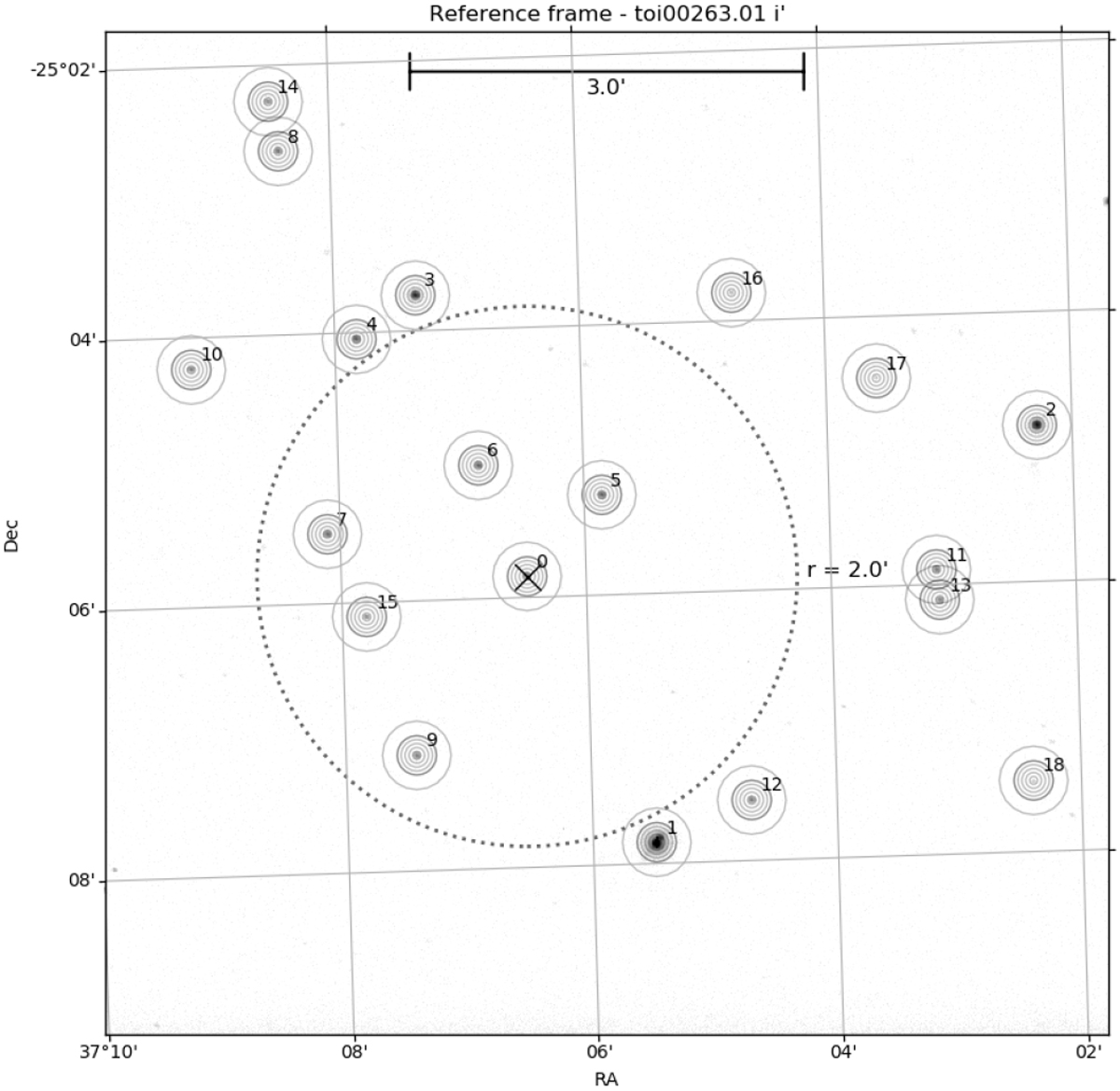