Imprint of baryons and massive neutrinos on velocity statistics

We explored the impact of baryonic effects (namely stellar and active galactic nuclei feedback) on the moments of pairwise velocity using the Illustris-TNG, EAGLE, cosmo-OWLS, and BAHAMAS suites of cosmological hydrodynamical simulations. The assumption that the mean pairwise velocity of the gas component follows that of the dark matter is studied here at small separations, and we find that even at pair separations of 10-20 h-1Mpc, there is a 4-5% velocity bias. At smaller separations, it gets larger with varying strength depending on the sub-grid prescription. By isolating different physical processes, our findings suggest that the large-scale velocity bias is mainly driven by stellar rather than active galactic nuclei feedback. If unaccounted for, this velocity offset could possibly bias cosmological constraints from the kinetic Sunyaev-Zel'dovich effect in future cosmic microwave background (CMB) surveys. Furthermore, we examined how the first and the second moment of the pairwise velocity are affected by both the baryonic and the neutrino free-streaming effects for both the matter and gas components. For both moments, we were able to disentangle the effects of baryonic processes from those of massive neutrinos; and for pair separations below 20 h-1Mpc, we find that these moments of the pairwise velocity decrease with increasing neutrino mass. Our work thus sets out a way in which the pairwise velocity statistics can be utilised to constrain the summed mass of neutrinos from future CMB surveys and peculiar velocity surveys. 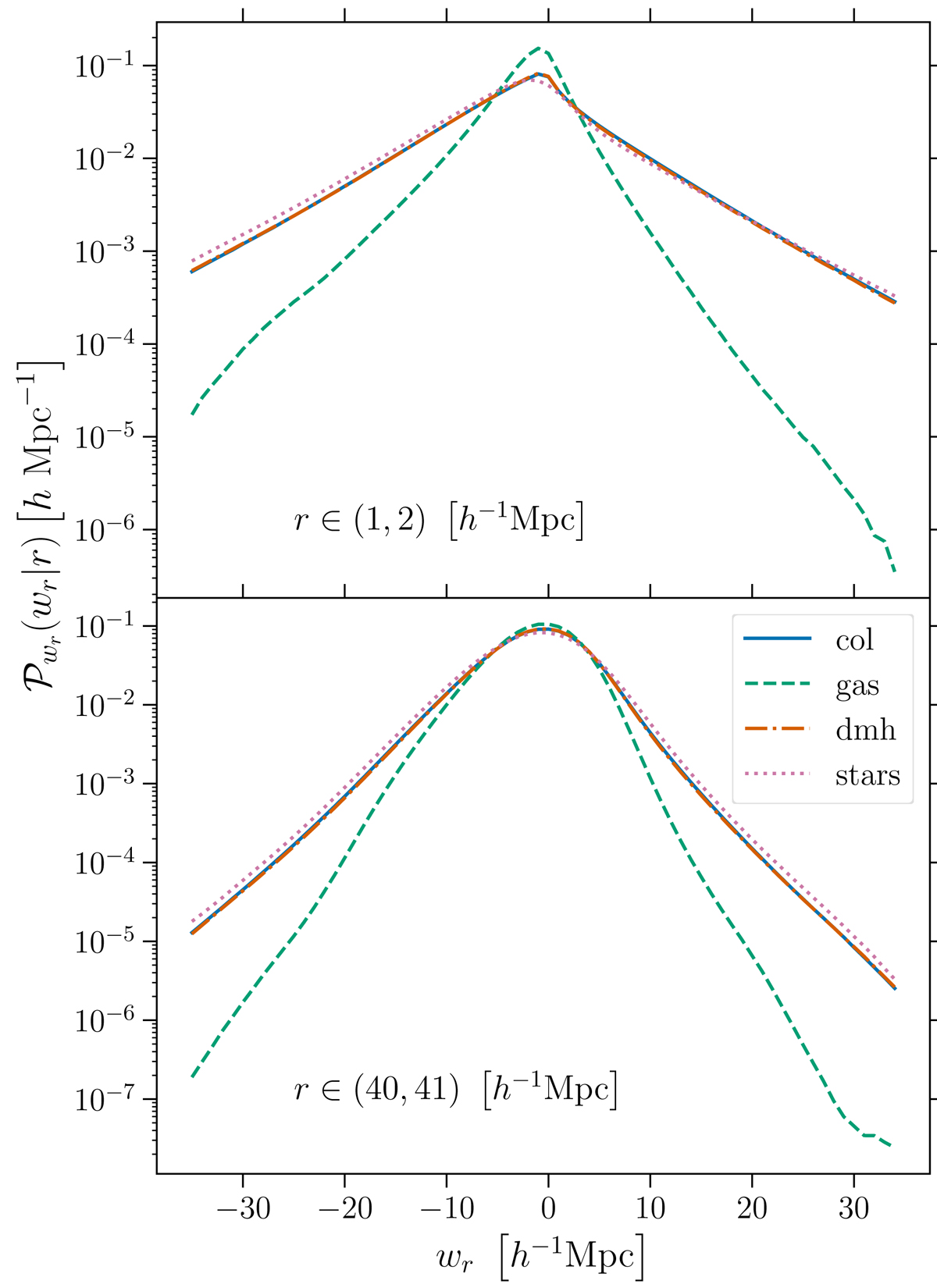