Formation of the Musca filament: evidence for asymmetries in the accretion flow due to a cloud-cloud collision

Context. Dense molecular filaments are ubiquituous in the interstellar medium, yet their internal physical conditions and the role of gravity, turbulence, the magnetic field, radiation, and the ambient cloud during their evolution remain debated.
Aims: We study the kinematics and physical conditions in the Musca filament, the ambient cloud, and the Chamaeleon-Musca complex to constrain the physics of filament formation.
Methods: We produced CO(2-1) isotopologue maps with the APEX telescope that cut through the Musca filament. We further study a NANTEN2 12CO(1-0) map of the full Musca cloud, H I emission of the Chamaeleon-Musca complex, a Planck polarisation map, line radiative transfer models, Gaia data, and synthetic observations from filament formation simulations.
Results: The Musca cloud, with a size of ~3-6 pc, contains multiple velocity components. Radiative transfer modelling of the CO emission indicates that the Musca filament consists of a cold (~10 K), dense (nH2 ∼ 104 cm-3) crest, which is best described with a cylindrical geometry. Connected to the crest, a separate gas component at T ~ 15 K and nH2 ∼ 103 cm-3 is found, the so-called strands. The velocity-coherent filament crest has an organised transverse velocity gradient that is linked to the kinematics of the nearby ambient cloud. This velocity gradient has an angle ≥30° with respect to the local magnetic field orientation derived from Planck, and the magnitude of the velocity gradient is similar to the transonic linewidth of the filament crest. Studying the large scale kinematics, we find coherence of the asymmetric kinematics from the 50 pc H I cloud down to the Musca filament. We also report a strong [C18O]/[13CO] abundance drop by an order of magnitude from the filament crest to the strands over a distance <0.2 pc in a weak ambient far-ultraviolet (FUV) field.
Conclusions: The dense Musca filament crest is a long-lived (several crossing times), dynamic structure that can form stars in the near future because of continuous mass accretion replenishing the filament. This mass accretion on the filament appears to be triggered by a H I cloud-cloud collision, which bends the magnetic field around dense filaments. This bending of the magnetic field is then responsible for the observed asymmetric accretion scenario of the Musca filament, which is, for instance, seen as a V-shape in the position-velocity (PV) diagram. 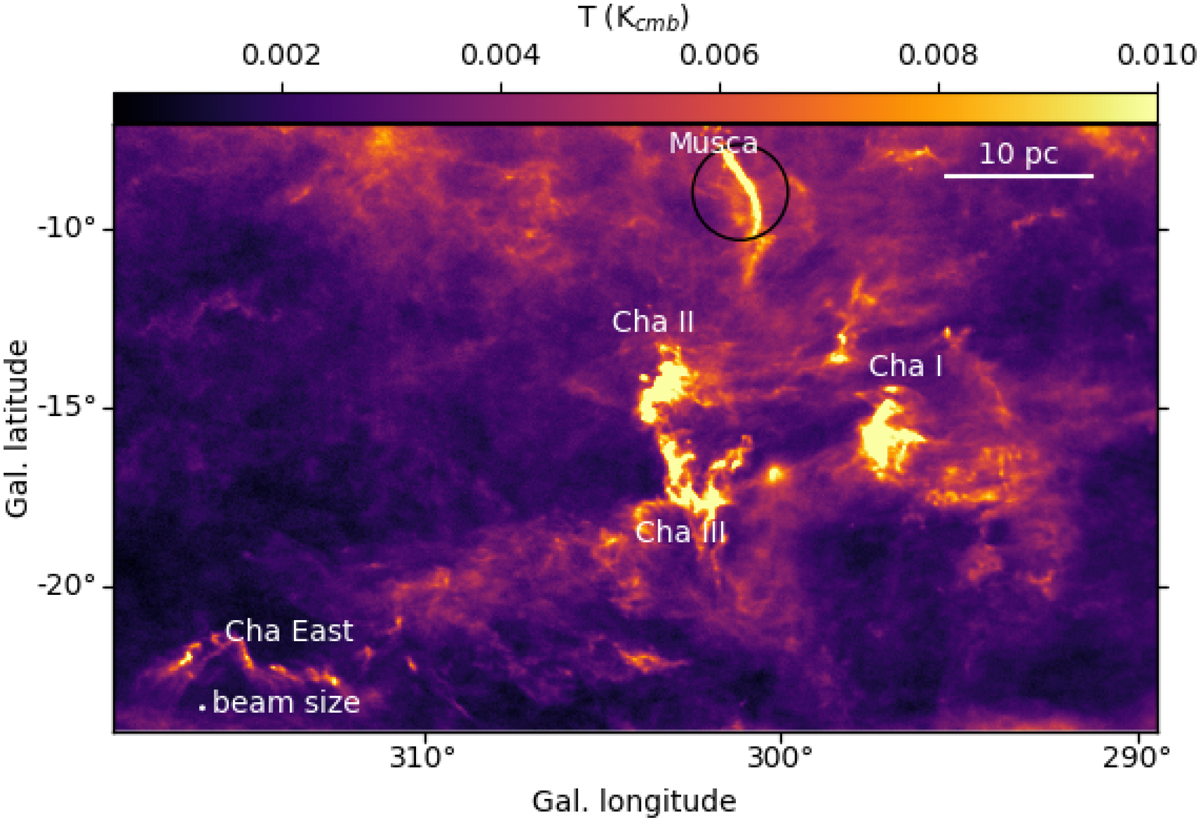