Aims: Following the announcement of the detection of phosphine (PH3) in the cloud deck of Venus at millimeter wavelengths, we searched for other possible signatures of this molecule in the infrared range.
Methods: Since 2012, we have been observing Venus in the thermal infrared at various wavelengths to monitor the behavior of SO2 and H2O at the cloud top. We identified a spectral interval recorded in March 2015 around 950 cm-1 where a PH3 transition is present.
Results: From the absence of any feature at this frequency, we derive, on the disk-integrated spectrum, a 3-σ upper limit of 5 ppbv for the PH3 mixing ratio, which is assumed to be constant throughout the atmosphere. This limit is four times lower than the disk-integrated mixing ratio derived at millimeter wavelengths.
Conclusions: Our result places a strong constraint on the maximum PH3 abundance at the cloud top and in the lower mesosphere of Venus. 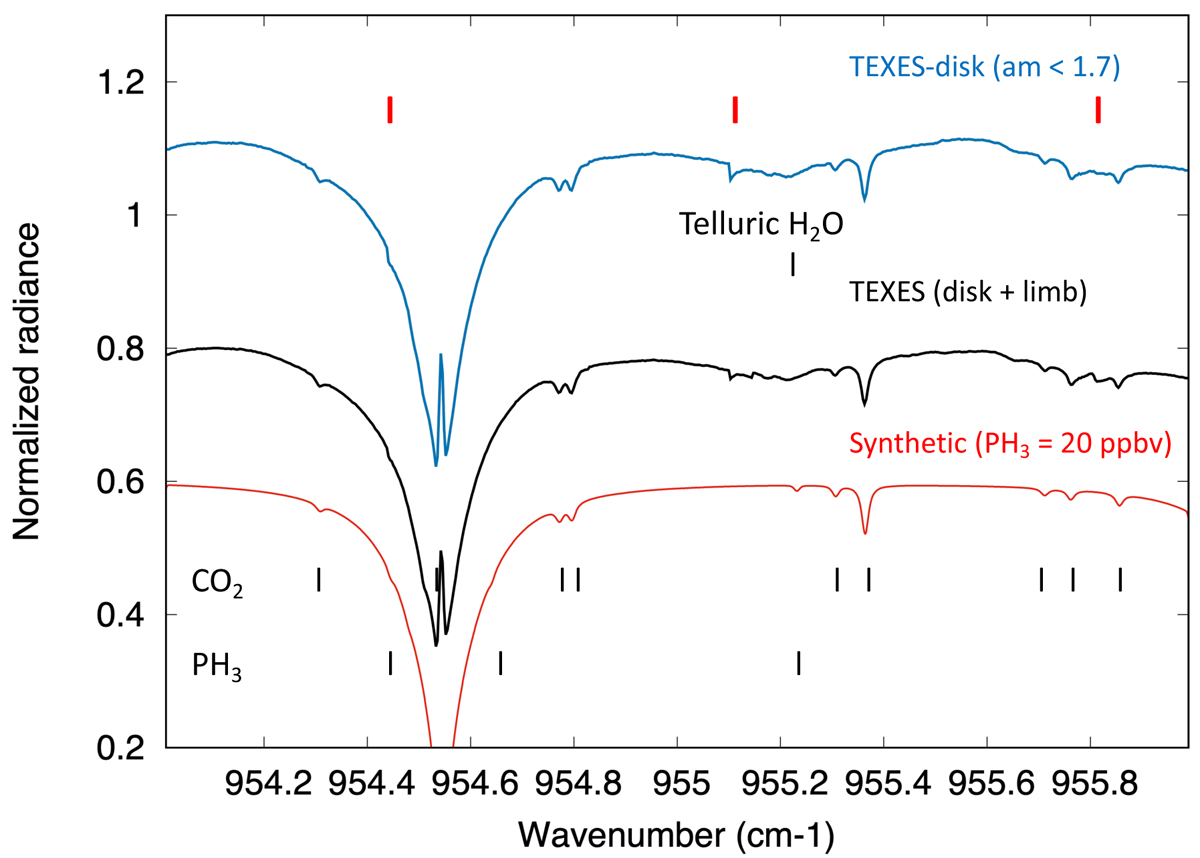