We studied the variability of the linear polarization and brightness of the γ-ray binary LS I +61° 303. High-precision BVR photopolarimetric observations were carried out with the Dipol-2 polarimeter on the 2.2 m remotely controlled UH88 telescope at Mauna Kea Observatory and the 60 cm Tohoku telescope at Haleakala bservatory (Hawaii) over 140 nights in 2016-2019. We also determined the degree and angle of the interstellar polarization toward LS I +61° 303 using two out of four nearby field stars that have Gaia's parallaxes. After subtracting the interstellar polarization, we determined the position angle of the intrinsic polarization θ ≃ 11°, which can either be associated with the projection of the Be star's decretion disk axis on the plane of sky, or can differ from it by 90°. Using the Lomb-Scargle method, we performed timing analyses and period searches of our polarimetric and photometric data. We found statistically significant periodic variability of the normalized Stokes parameters q and u in all passbands. The most significant period of variability, PPol = 13.244 ± 0.012 d, is equal to one half of the orbital period Porb = 26.496 d. The fits of the polarization variability curves with Fourier series show a dominant contribution from the second harmonic which is typical for binary systems with circular orbits and nearly symmetric distribution of light scattering material with respect to the orbital plane. The continuous change of polarization with the orbital phase implies co-planarity of the orbit of the compact object and the Be star's decretion disk. Using a model of Thomson scattering by a cloud that orbits the Be star, we obtained constraints on the orbital parameters, including a small eccentricity e < 0.2 and periastron phase of ϕp ≈ 0.6, which coincides with the peaks in the radio, X-ray, and TeV emission. These constraints are independent of the assumption about the orientation of the decretion disk plane on the sky. We also extensively discuss the apparent inconsistency with the previous measurements of the orbital parameters from radial velocities. By folding the photometry data acquired during a three-year time span with the orbital period, we found a linear phase shift of the moments of the brightness maximum, confirming the possible existence of superorbital variability. 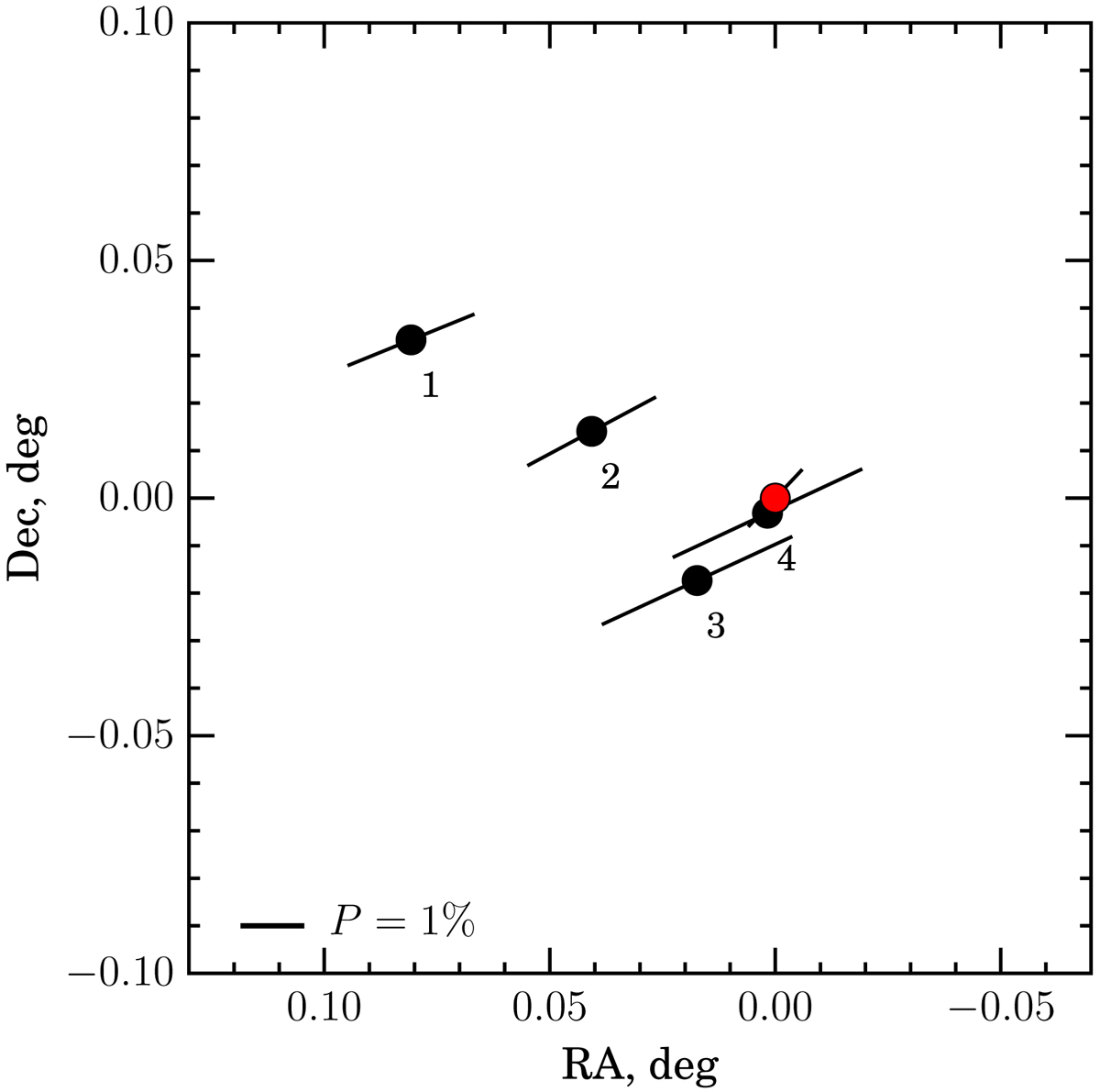