Aims: We present the results of three commissioning H I observations obtained with the MeerKAT radio telescope. These observations make up part of the preparation for the forthcoming MHONGOOSE nearby galaxy survey, which is a MeerKAT large survey project that will study the accretion of gas in galaxies and the link between gas and star formation.
Methods: We used the available H I data sets, along with ancillary data at other wavelengths, to study the morphology of the MHONGOOSE sample galaxy, ESO 302-G014, which is a nearby gas-rich dwarf galaxy.
Results: We find that ESO 302-G014 has a lopsided, asymmetric outer disc with a low column density. In addition, we find a tail or filament of H I clouds extending away from the galaxy, as well as an isolated H I cloud some 20 kpc to the south of the galaxy. We suggest that these features indicate a minor interaction with a low-mass galaxy. Optical imaging shows a possible dwarf galaxy near the tail, but based on the current data, we cannot confirm any association with ESO 302-G014. Nonetheless, an interaction scenario with some kind of low-mass companion is still supported by the presence of a significant amount of molecular gas, which is almost equal to the stellar mass, and a number of prominent stellar clusters, which suggest recently triggered star formation.
Conclusions: These data show that MeerKAT produces exquisite imaging data. The forthcoming full-depth survey observations of ESO 302-G014 and other sample galaxies will, therefore, offer insights into the fate of neutral gas as it moves from the intergalactic medium onto galaxies. 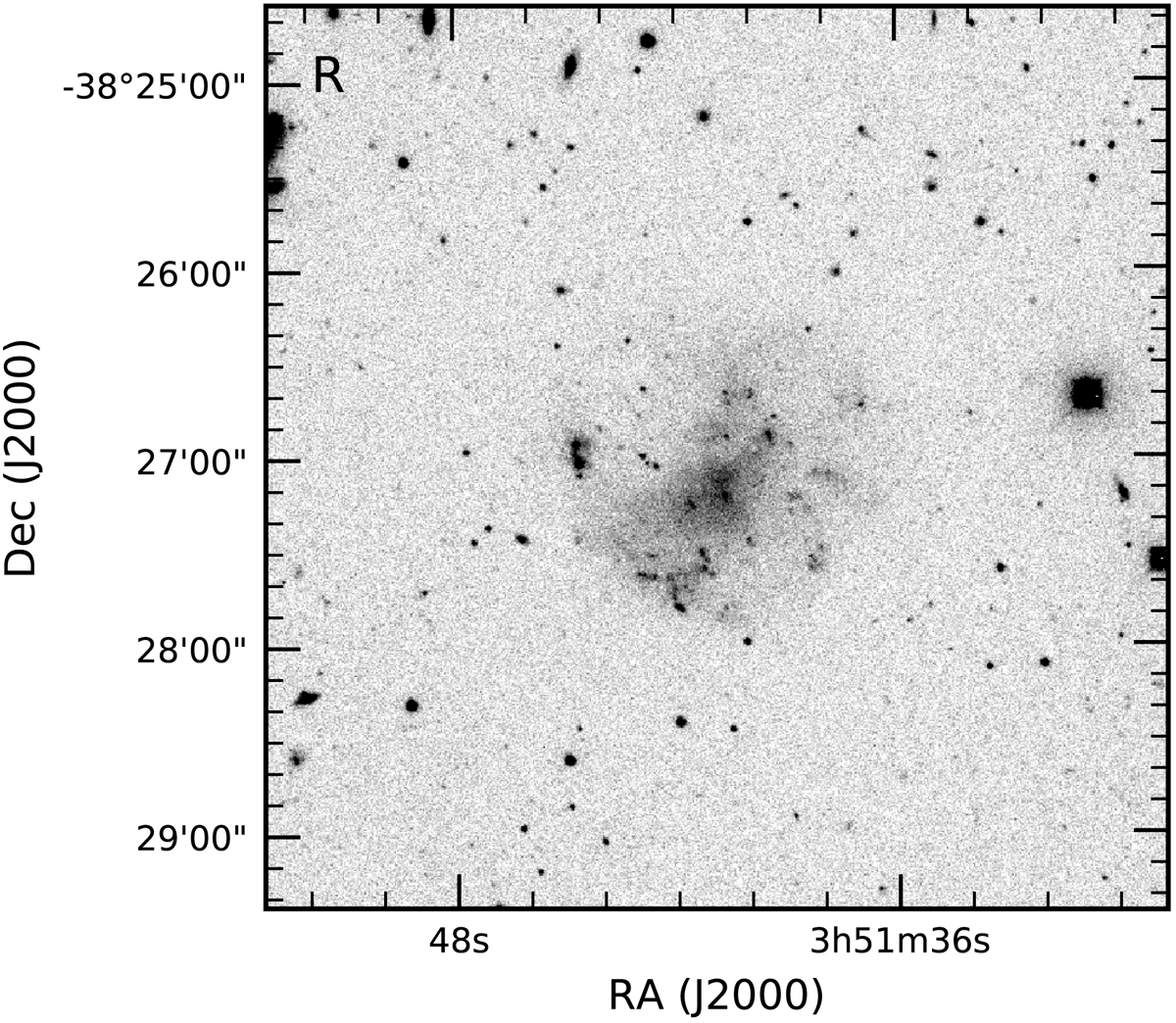