Context. Arp220 is the nearest and prototypical ultra-luminous infrared galaxy; it shows evidence of pc-scale molecular outflows in its nuclear regions and strongly perturbed ionised gas kinematics on kpc scales. It is therefore an ideal system for investigating outflow mechanisms and feedback phenomena in detail.
Aims: We investigate the feedback effects on the Arp220 interstellar medium (ISM), deriving a detailed picture of the atomic gas in terms of physical and kinematic properties, with a spatial resolution that had never before been obtained (0.56″, i.e. ∼210 pc).
Methods: We use optical integral-field spectroscopic observations from VLT/MUSE-AO to obtain spatially resolved stellar and gas kinematics, for both ionised ([N II]λ6583) and neutral (Na IDλλ5891, 96) components; we also derive dust attenuation, electron density, ionisation conditions, and hydrogen column density maps to characterise the ISM properties.
Results: Arp220 kinematics reveal the presence of a disturbed kpc-scale disc in the innermost nuclear regions as well as highly perturbed multi-phase (neutral and ionised) gas along the minor axis of the disc, which we interpret as a galactic-scale outflow emerging from the Arp220 eastern nucleus. This outflow involves velocities up to ∼1000 km s-1 at galactocentric distances of ≈5 kpc; it has a mass rate of ∼50 M⊙ yr-1 and kinetic and momentum power of ∼1043 erg s-1 and ∼1035 dyne, respectively. The inferred energetics do not allow us to distinguish the origin of the outflows, namely whether they are active galactic nucleus- or starburst-driven. We also present evidence for enhanced star formation at the edges of - and within - the outflow, with a star-formation rate SFR ∼ 5 M⊙ yr-1 (i.e. ∼2% of the total SFR).
Conclusions: Our findings suggest the presence of powerful winds in Arp220: They might be capable of heating or removing large amounts of gas from the host ("negative feedback") but could also be responsible for triggering star formation ("positive feedback"). 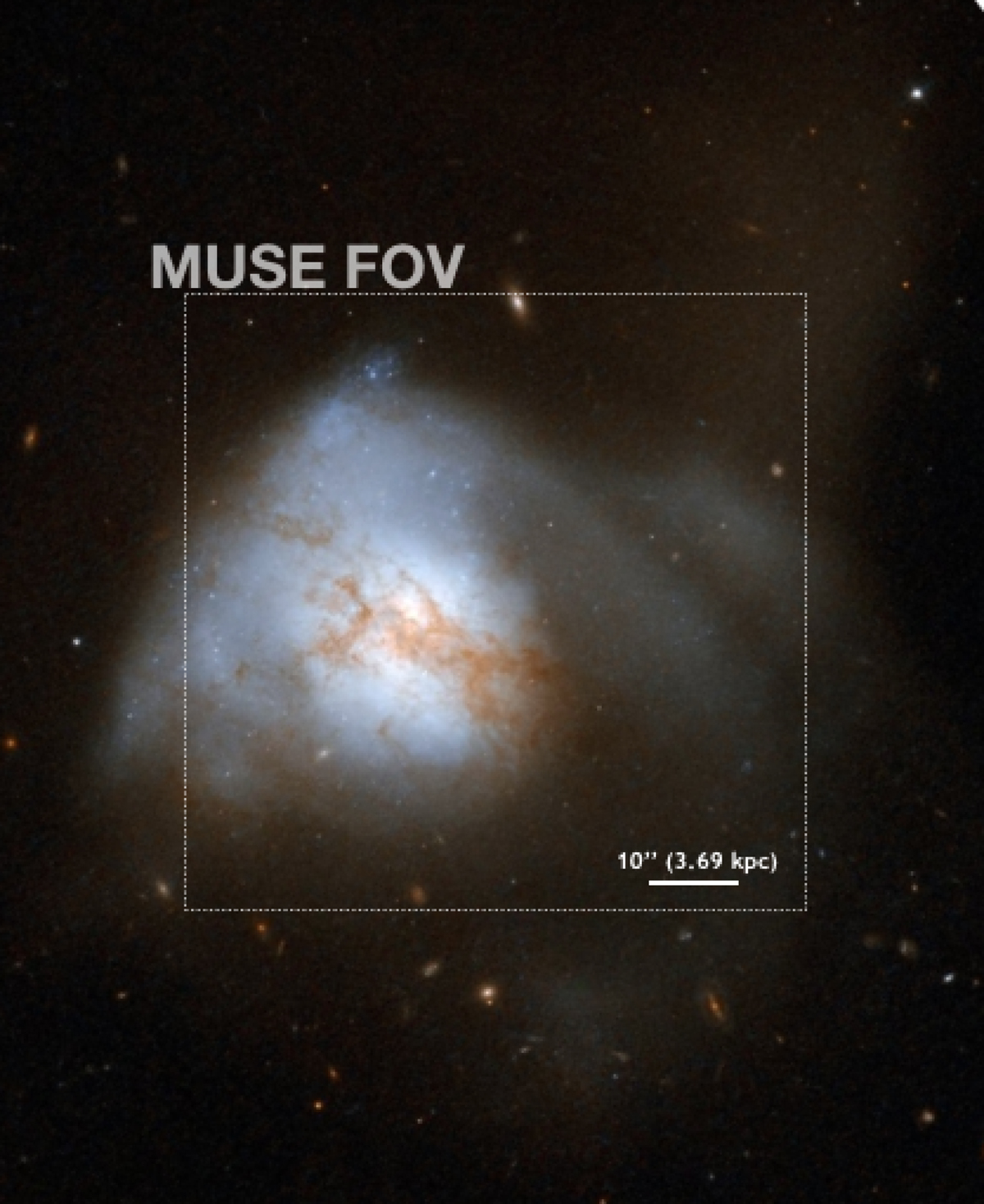