Occurrence rates of small planets from HARPS. Focus on the Galactic context

Context. The stars in the Milky Way thin and thick disks can be distinguished by several properties such as metallicity and kinematics. It is not clear whether the two populations also differ in the properties of planets orbiting the stars. In order to study this, a careful analysis of both the chemical composition and mass detection limits is required for a sufficiently large sample. Currently, this information is still limited only to large radial-velocity (RV) programs. Based on the recently published archival database of the High Accuracy Radial velocity Planet Searcher (HARPS) spectrograph, we present a first analysis of low-mass (small) planet occurrence rates in a sample of thin- and thick-disk stars.
Aims: We aim to assess the effects of stellar properties on planet occurrence rates and to obtain first estimates of planet occurrence rates in the thin and thick disks of the Galaxy. As a baseline for comparison, we also aim to provide an updated value for the small close-in planet occurrence rate and compare it with the results of previous RV and transit (Kepler) works.
Methods: We used archival HARPS RV datasets to calculate detection limits of a sample of stars that were previously analysed for their elemental abundances. For stars with known planets we first subtracted the Keplerian orbit. We then used this information to calculate planet occurrence rates according to a simplified Bayesian model in different regimes of stellar and planet properties.
Results: Our results suggest that metal-poor stars and more massive stars host fewer low-mass close-in planets. We find the occurrence rates of these planets in the thin and thick disks to be comparable. In the iron-poor regimes, we find these occurrence rates to be significantly larger at the high-α region (thick-disk stars) as compared with the low-α region (thin-disk stars). In general, we find the average number of close-in small planets (2-100 days, 1-20M⊕) per star (FGK-dwarfs) to be: n¯p = 0.36 ± 0.05, while the fraction of stars with planets is Fh = 0.23-0.03+0.04. Qualitatively, our results agree well with previous estimates based on RV and Kepler surveys.
Conclusions: This work provides a first estimate of the close-in small planet occurrence rates in the solar neighbourhood of the thin and thick disks of the Galaxy. It is unclear whether there are other stellar properties related to the Galactic context that affect small-planet occurrence rates, or if it is only the combined effects of stellar metal content and mass. A future larger sample of stars and planets is needed to address those questions.

Based on observations collected at the European Organization for Astronomical Research in the Southern Hemisphere under ESO programs (see acknowledgements for a full list of used programs). 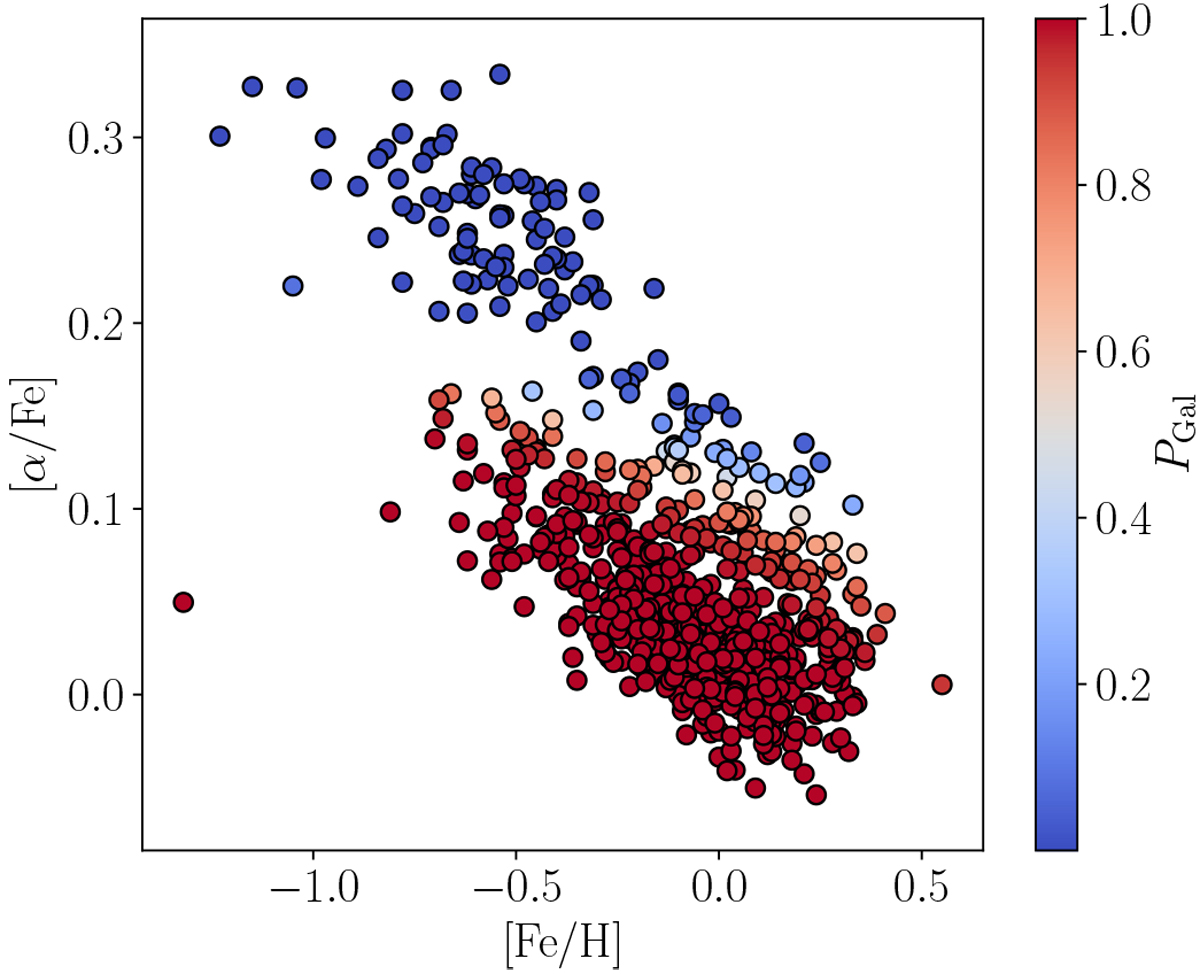