The chemodynamics of prograde and retrograde Milky Way stars

Context. The accretion history of the Milky Way is still unknown, despite the recent discovery of stellar systems that stand out in terms of their energy-angular momentum space, such as Gaia-Enceladus-Sausage. In particular, it is still unclear how these groups are linked and to what extent they are well-mixed.
Aims: We investigate the similarities and differences in the properties between the prograde and retrograde (counter-rotating) stars and set those results in context by using the properties of Gaia-Enceladus-Sausage, Thamnos/Sequoia, and other suggested accreted populations.
Methods: We used the stellar metallicities of the major large spectroscopic surveys (APOGEE, Gaia-ESO, GALAH, LAMOST, RAVE, SEGUE) in combination with astrometric and photometric data from Gaia's second data-release. We investigated the presence of radial and vertical metallicity gradients as well as the possible correlations between the azimuthal velocity, vϕ, and metallicity, [M/H], as qualitative indicators of the presence of mixed populations.
Results: We find that a handful of super metal-rich stars exist on retrograde orbits at various distances from the Galactic center and the Galactic plane. We also find that the counter-rotating stars appear to be a well-mixed population, exhibiting radial and vertical metallicity gradients on the order of ∼ - 0.04 dex kpc-1 and -0.06 dex kpc-1, respectively, with little (if any) variation when different regions of the Galaxy are probed. The prograde stars show a vϕ - [M/H] relation that flattens - and, perhaps, even reverses as a function of distance from the plane. Retrograde samples selected to roughly probe Thamnos and Gaia-Enceladus-Sausage appear to be different populations yet they also appear to be quite linked, as they follow the same trend in terms of the eccentricity versus metallicity space. 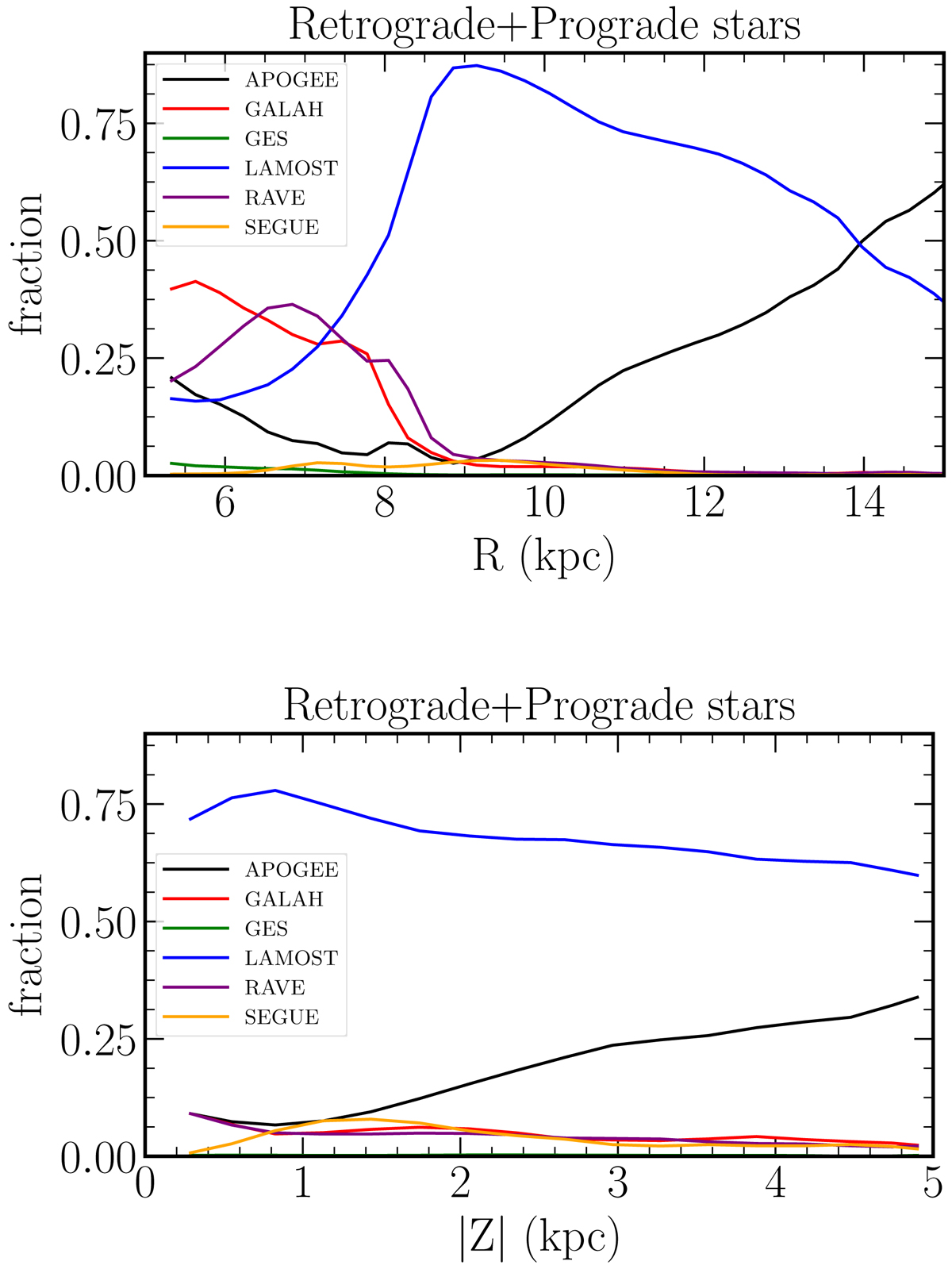