We present dust attenuation properties of spectroscopically confirmed star forming galaxies on the main sequence at a redshift of ∼4.4 - 5.8. Our analyses are based on the far infrared continuum observations of 118 galaxies at rest-frame 158 μm obtained with the Atacama Large Millimeter Array (ALMA) Large Program to INvestigate [CII] at Early times (ALPINE). We study the connection between the ultraviolet (UV) spectral slope (β), stellar mass (M⋆), and infrared excess (IRX = LIR/LUV). Twenty-three galaxies are individually detected in the continuum at > 3.5σ significance. We perform a stacking analysis using both detections and nondetections to study the average dust attenuation properties at z ∼ 4.4 - 5.8. The individual detections and stacks show that the IRX-β relation at z ∼ 5 is consistent with a steeper dust attenuation curve than typically found at lower redshifts (z < 4). The attenuation curve is similar to or even steeper than that of the extinction curve of the Small Magellanic Cloud. This systematic change of the IRX-β relation as a function of redshift suggests an evolution of dust attenuation properties at z > 4. Similarly, we find that our galaxies have lower IRX values, up to 1 dex on average, at a fixed mass compared to previously studied IRX-M⋆ relations at z ≲ 4, albeit with significant scatter. This implies a lower obscured fraction of star formation than at lower redshifts. Our results suggest that dust properties of UV-selected star forming galaxies at z ≳ 4 are characterised by (i) a steeper attenuation curve than at z ≲ 4, and (ii) a rapidly decreasing dust obscured fraction of star formation as a function of redshift. Nevertheless, even among this UV-selected sample, massive galaxies (log M⋆/M⊙ > 10) at z ∼ 5 - 6 already exhibit an obscured fraction of star formation of ∼45%, indicating a rapid build-up of dust during the epoch of reionization. 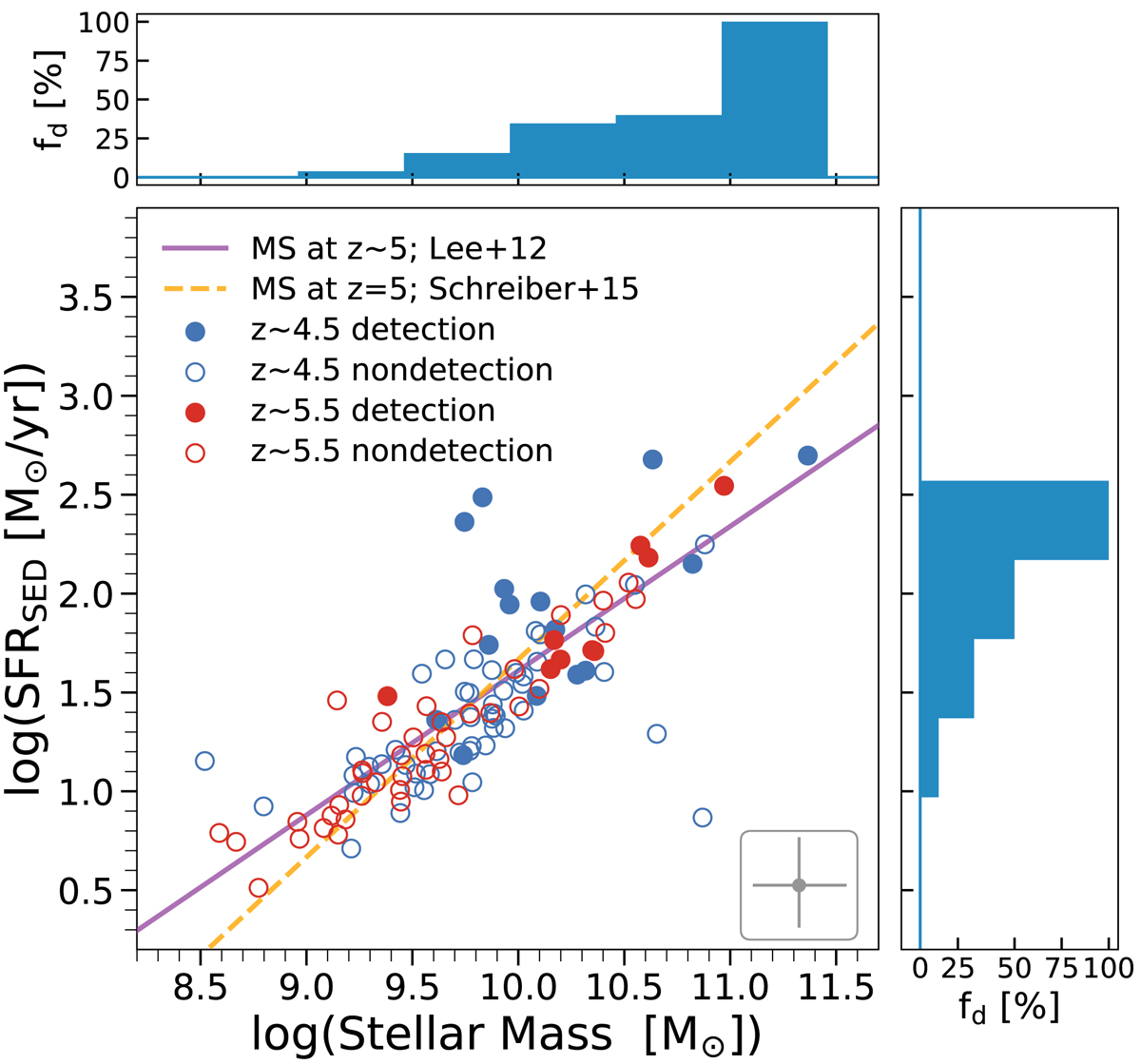