The ALPINE-ALMA [C II] survey. Little to no evolution in the [C II]-SFR relation over the last 13 Gyr

The [C II] 158 μm line is one of the strongest IR emission lines, which has been shown to trace the star formation rate (SFR) of galaxies in the nearby Universe, and up to z ∼ 2. Whether this is also the case at higher redshift and in the early Universe remains debated. The ALPINE survey, which targeted 118 star-forming galaxies at 4.4 < z < 5.9, provides a new opportunity to examine this question with the first statistical dataset. Using the ALPINE data and earlier measurements from the literature, we examine the relation between the [C II] luminosity and the SFR over the entire redshift range from z ∼ 4 - 8. ALPINE galaxies, which are both detected in [C II] and in dust continuum, show good agreement with the local L([CII])-SFR relation. Galaxies undetected in the continuum by ALMA are found to be over-luminous in [C II] when the UV SFR is used. After accounting for dust-obscured star formation, by an amount of SFR(IR) ≈ SFR(UV) on average, which results from two different stacking methods and SED fitting, the ALPINE galaxies show an L([CII])-SFR relation comparable to the local one. When [C II] non-detections are taken into account, the slope may be marginally steeper at high-z, although this is still somewhat uncertain. When compared homogeneously, the z > 6 [C II] measurements (detections and upper limits) do not behave very differently to the z ∼ 4 - 6 data. We find a weak dependence of L([CII])/SFR on the Lyα equivalent width. Finally, we find that the ratio L([CII])/LIR ∼ (1 - 3) × 10-3 for the ALPINE sources, comparable to that of "normal" galaxies at lower redshift. Our analysis, which includes the largest sample (∼150 galaxies) of [C II] measurements at z > 4 available so far, suggests no or little evolution of the [C II]-SFR relation over the last 13 Gyr of cosmic time. 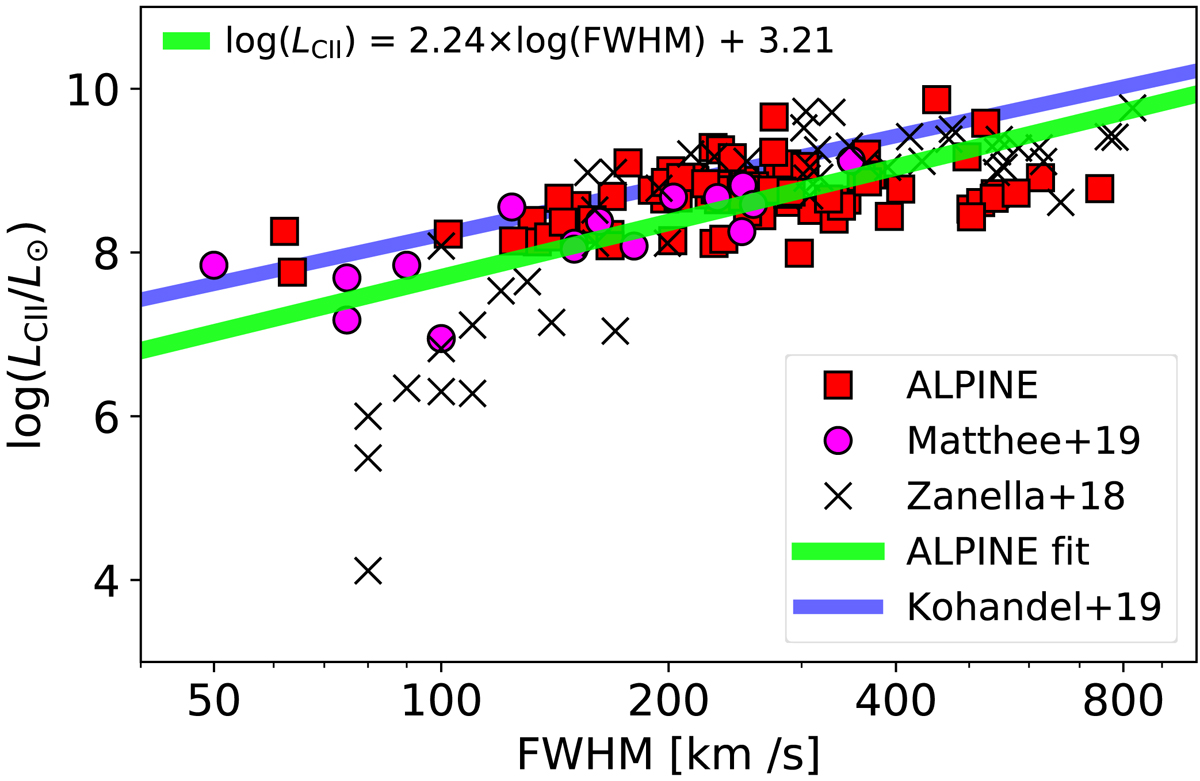