On the structure and mass delivery towards circumplanetary discs

Circumplanetary discs (CPDs) that form around young gas giants are thought to be the sites of moon formation as well as an intermediate reservoir of gas that feeds the growth of the gas giant. How the physical properties of such CPDs are affected by the planetary mass and the overall opacity is relatively poorly understood. In order to clarify this, we used the global radiation hydrodynamics code FARGOCA with a grid structure that allows sufficient resolution of the planetary gravitational potential for a CPD to form. We then studied the gas flows and density-temperature structures that emerge as a function of planet mass, opacity, and potential depth. Our results indicate interesting structure formation for Jupiter-mass planets at low opacities, which we subsequently analysed in detail. Using an opacity level that is 100 times lower than that of the dust of the interstellar medium, our Jupiter-mass protoplanet features an envelope that is sufficiently cold for a CPD to form, and a free-fall region separating the CPD and the circumstellar disc that emerges. Interestingly, this free-fall region appears to be the result of supersonic erosion of outer envelope material, as opposed to the static structure formation that one would expect at low opacities. Our analysis reveals that the planetary spiral arms seem to pose a significant pressure barrier that needs to be overcome through radiative cooling in order for gas to be accreted onto the CPD. The circulation inside the CPD is near-Keplerian and is modified by the presence of CPD spiral arms. The same is true when we increase the planetary potential depth, which in turn increases the planetary luminosity, quenches the formation of a free-fall region, and decreases the rotation speed of the envelope by 10%. For high opacities, we recover results from the literature, finding an almost featureless hot envelope. With this work, we demonstrate the first simulation and analysis of a complete detachment process of a protoplanet from its parent disc in a 3D radiation hydrodynamics setting. 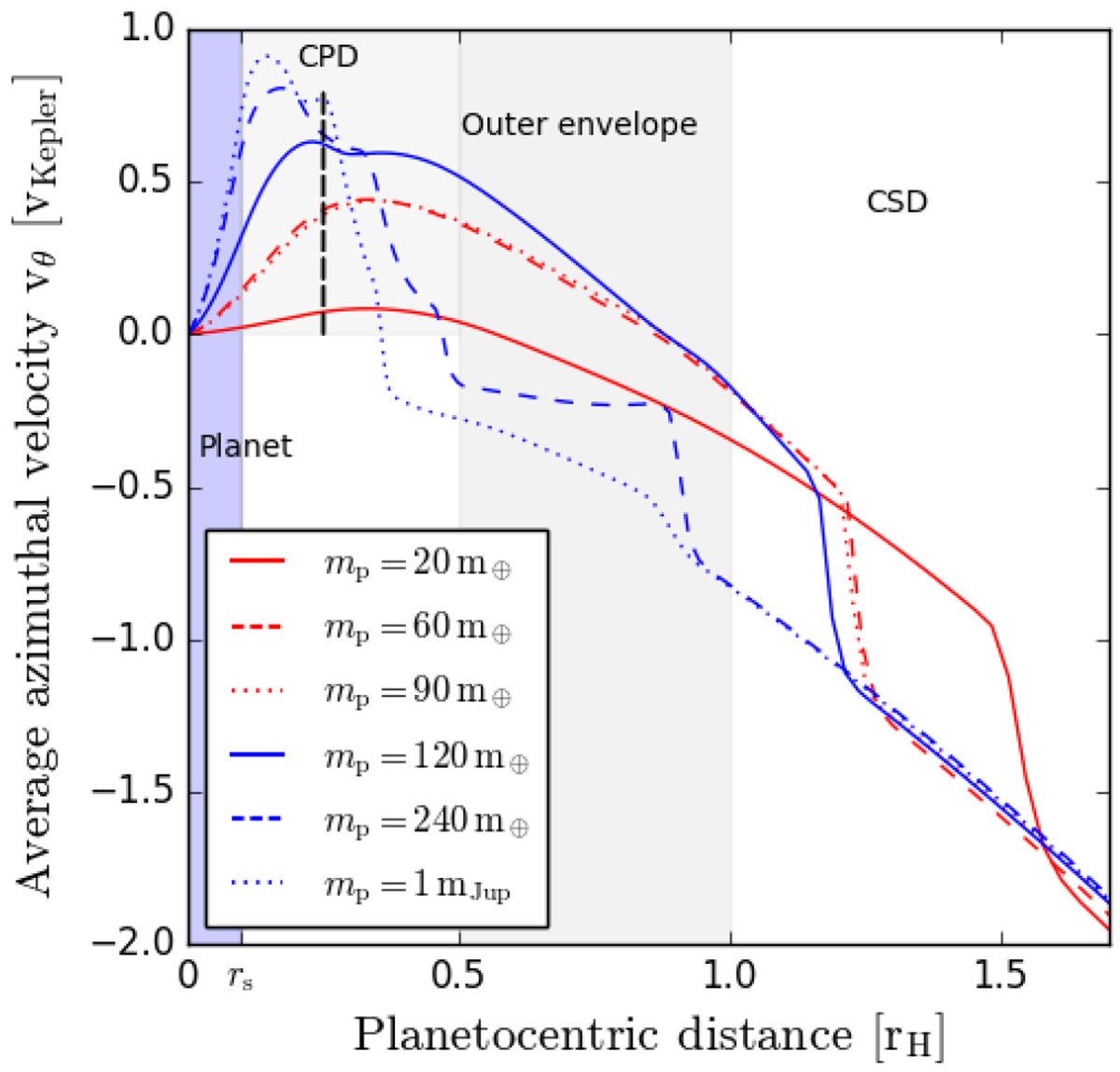