Context. The key probes of the growth of a large-scale structure are its rate f and amplitude σ8. Redshift space distortions in the galaxy power spectrum allow us to measure only the combination fσ8, which can be used to constrain the standard cosmological model or alternatives. By using measurements of the galaxy-galaxy lensing cross-correlation spectrum or of the galaxy bispectrum, it is possible to break the fσ8 degeneracy and obtain separate estimates of f and σ8 from the same galaxy sample. Currently there are very few such separate measurements, but even this allows for improved constraints on cosmological models.
Aims: We explore how having a larger and more precise sample of such measurements in the future could constrain further cosmological models.
Methods: We considered what can be achieved by a future nominal sample that delivers an ∼1% constraint on f and σ8 separately, compared to the case with a similar precision on the combination fσ8.
Results: For the six cosmological parameters of ΛCDM, we find improvements of ∼5-50% on their constraints. For modified gravity models in the Horndeski class, the improvements on these standard parameters are ∼0-15%. However, the precision on the sum of neutrino masses improves by 65% and there is a significant increase in the precision on the background and perturbation Horndeski parameters. 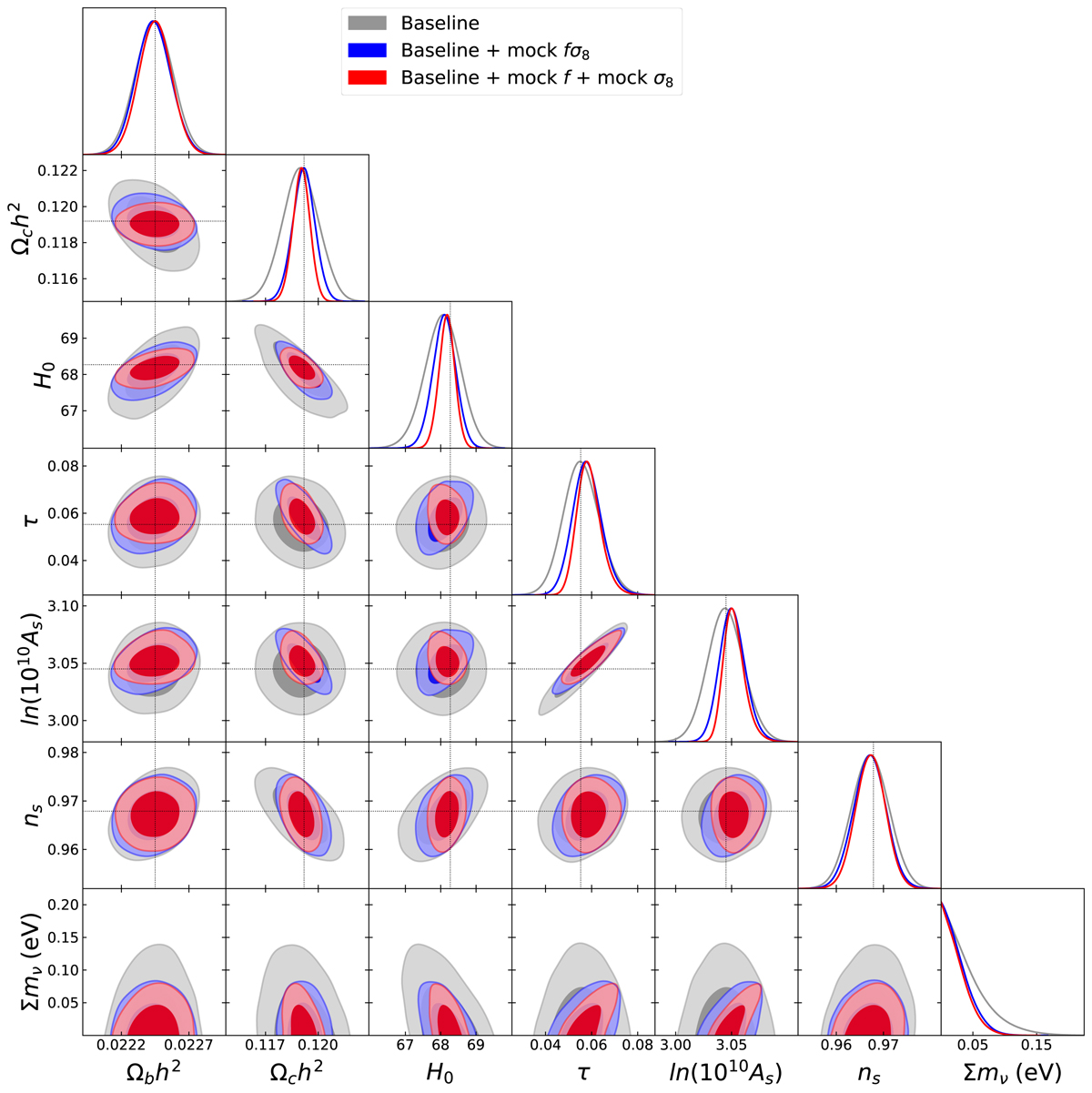