Aims: Microlensing planets occurring on faint-source stars can escape detection due to their weak signals. Occasionally, detections of such planets are not reported due to the difficulty of extracting high-profile scientific issues on the detected planets.
Methods: For the solid demographic census of microlensing planetary systems based on a complete sample, we investigate the microlensing data obtained in the 2016 and 2017 seasons to search for planetary signals in faint-source lensing events. From this investigation, we find four unpublished microlensing planets: KMT-2016-BLG-2364Lb, KMT-2016-BLG-2397Lb, OGLE-2017-BLG-0604Lb, and OGLE-2017-BLG-1375Lb.
Results: We analyze the observed lensing light curves and determine their lensing parameters. From Bayesian analyses conducted with the constraints from the measured parameters, it is found that the masses of the hosts and planets are in the ranges 0.50 ≲ Mhost/M⊙≲ 0.85 and 0.5 ≲ Mp/MJ ≲ 13.2, respectively, indicating that all planets are giant planets around host stars with subsolar masses. The lenses are located in the distance range of 3.8 ≲ DL/kpc ≲ 6.4. It is found that the lenses of OGLE-2017-BLG-0604 and OGLE-2017-BLG-1375 are likely to be in the Galactic disk. 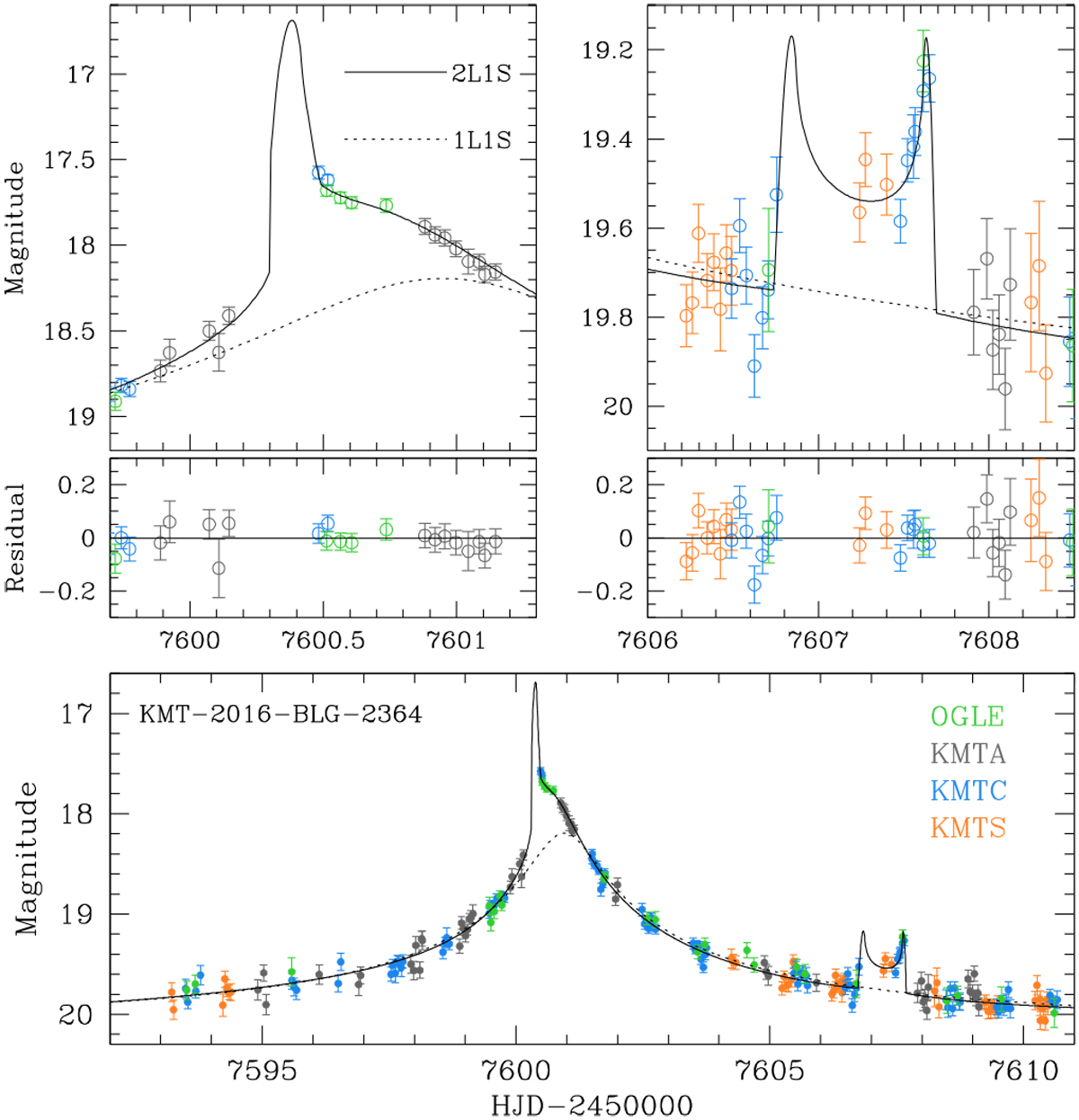