Three-dimensional modeling from the onset of the SN to the full-fledged SNR. Role of an initial ejecta anisotropy on matter mixing

Context. The manifold phases in the evolution of a core-collapse (CC) supernova (SN) play an important role in determining the physical properties and morphology of the resulting supernova remnant (SNR). Thus, the complex morphology of SNRs is expected to reflect possible asymmetries and structures developed during and soon after the SN explosion.
Aims: The aim of this work is to bridge the gap between CC SNe and their remnants by investigating how post-explosion anisotropies in the ejecta influence the structure and chemical properties of the remnant at later times.
Methods: We performed three-dimensional magneto-hydrodynamical simulations starting soon after the SN event and following the evolution of the system in the circumstellar medium, which includes the wind of the stellar progenitor, for 5000 yr, obtaining the physical scenario of a SNR. Here we focused the analysis on the case of a progenitor red supergiant of 19.8 M☉. We also investigated how a post-explosion large-scale anisotropy in the SN affects the ejecta distribution and the matter mixing of heavy elements in the remnant during the first 5000 yr of evolution.
Results: In the case of a spherically symmetric SN explosion without large-scale anisotropies, the remnant roughly keeps memory of the original onion-like layering of ejecta soon after the SN event. Nevertheless, as the reverse shock hits the ejecta, the element distribution departs from a homologous expansion because of the slowing down of the outermost ejecta layers due to interaction with the reverse shock. In the case of a large-scale anisotropy developed after the SN, we found that the chemical stratification in the ejecta can be strongly modified and the original onion-like layering is not preserved. The anisotropy may cause spatial inversion of ejecta layers, for instance leading to Fe/Si-rich ejecta outside the O shell, and may determine the formation of Fe/Si-rich jet-like features that may protrude the remnant outline. The level of matter mixing and the properties of the jet-like feature are sensitive to the initial physical (density and velocity) and geometrical (size and position) initial characteristics of the anisotropy.

Movies associated to Figs. 3 and 6 are available at http://https://www.aanda.org 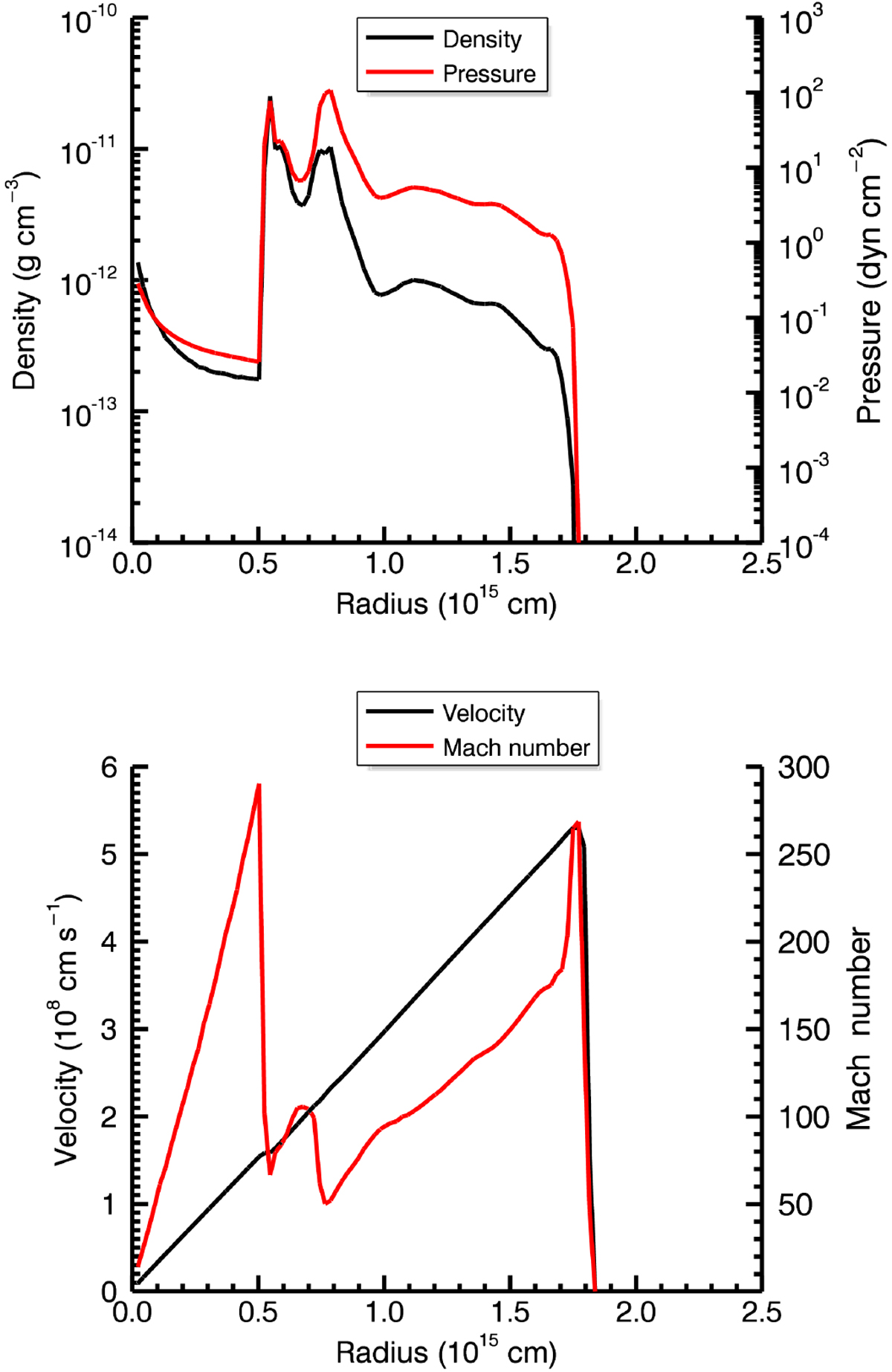