Context. The properties, distribution, and evolution of inhomogeneities on the surface of active stars, such as dark spots and bright faculae, significantly influence the determination of the parameters of an orbiting exoplanet. The chromatic effect they have on transmission spectroscopy, for example, could affect the analysis of data from future space missions such as James Webb Space Telescope and Ariel.
Aims: To quantify and mitigate the effects of those surface phenomena, we developed a modelling approach to derive the surface distribution and properties of active regions by modelling simultaneous multi-wavelength time-series observables.
Methods: We present an upgraded version of the StarSim code, now featuring the capability to solve the inverse problem and derive the properties of the stars and their active regions by modelling time-series data. As a test case, we analyse ~600 days of BV RI multiband photometry from the 0.8-m Joan Oró (TJO) and 1.2-m STELLA telescopes of the K2 V exoplanet host star WASP-52. From the results, we further simulated the chromatic contribution of surface phenomena on the observables of its transiting planet.
Results: Using StarSim we are able to determine the relevant activity parameters of WASP-52 and reconstruct the time-evolving longitudinal map of active regions. The star shows a heterogeneous surface composed of dark spots with a mean temperature of 575 ± 150 K lower than the photospheric value, with filling factors ranging from 3 to 14%. We used the results to study the chromatic effects on the depths of exoplanet transits obtained at different epochs and corresponding to different stellar spot distributions. In the case of WASP-52, which has peak-to-peak photometric variations of ~7% in the visible, the residual effects of dark spots on the measured transit depth of its giant planet, after applying the calculated corrections, are about 10-4 at 550 nm and 3 × 10-5 at 6 μm.
Conclusions: We demonstrate that by using contemporaneous ground-based multiband photometry of an active star, it is possible to reconstruct the parameters and distribution of active regions over time, thus making it feasible to quantify the chromatic effects on the planetary radii measured with transit spectroscopy and mitigate them by about an order of magnitude. 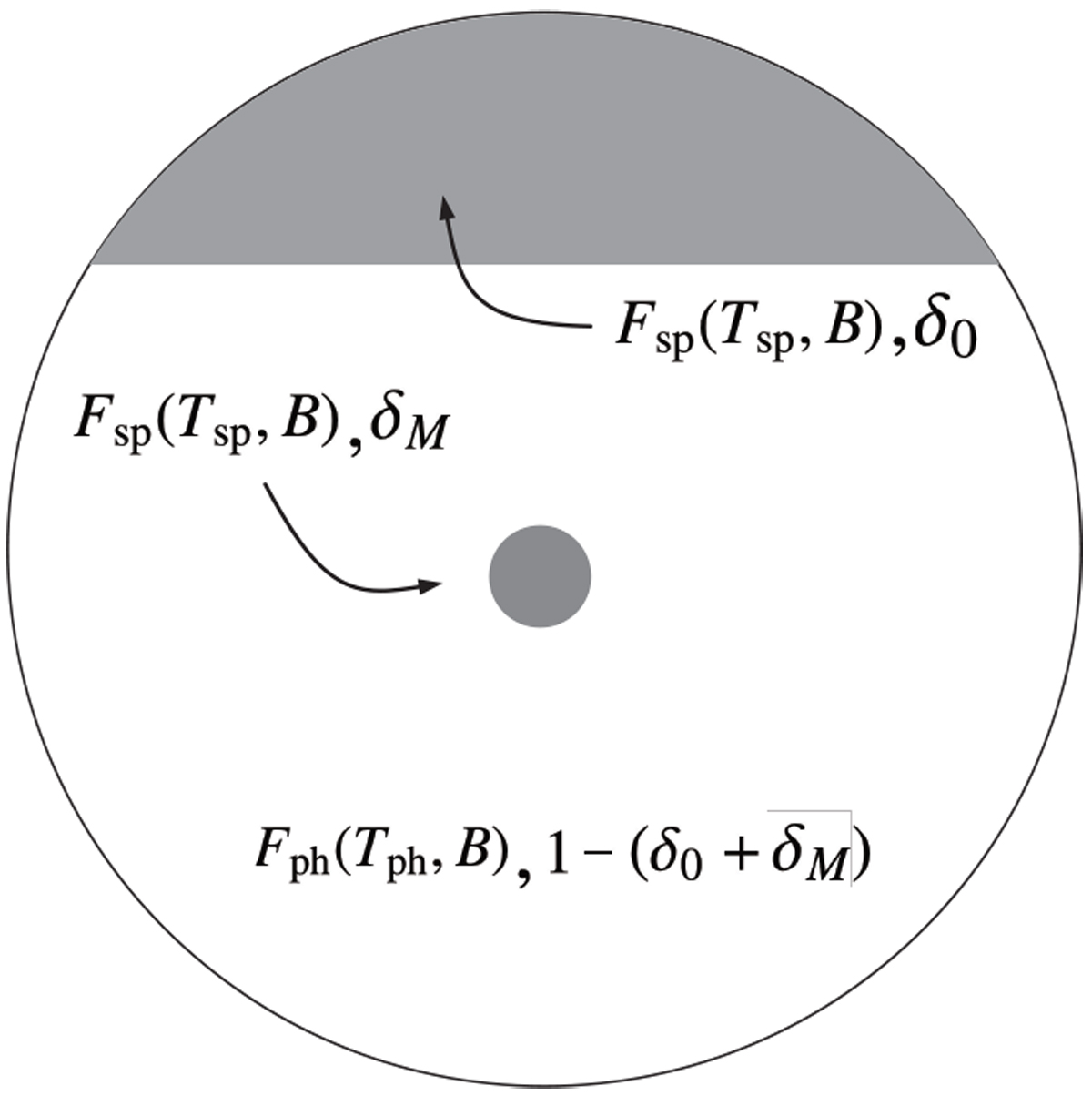