The solar abundance problem and eMSTOs in clusters. Possible origins in the accretion of protoplanetary discs during stellar evolution

In this study, we focus on the impact of accretion from protoplanetary discs on the stellar evolution of AFG-type stars. We used a simplified disc model that was computed using the Two-Pop-Py code, which contains the growth and drift of dust particles in the protoplanetary disc, to model the accretion scenarios for a range of physical conditions for protoplanetary discs. Two limiting cases were combined with the evolution of stellar convective envelopes that were computed using the Garstec stellar evolution code. We find that the accretion of metal-poor (gas) or metal-rich (dust) material has a significant impact on the chemical composition of the stellar convective envelope. As a consequence, the evolutionary track of the star diverts from the standard scenario predicted by canonical stellar evolution models, which assume a constant and homogeneous chemical composition after the assembly of the star is complete. In the case of the Sun, we find a modest impact on the solar chemical composition. Indeed, the accretion of metal-poor material reduces the overall metallicity of the solar atmosphere and it is consistent, within the uncertainty, with the solar Z reported by Caffau et al. (2011, Sol. Phys., 268, 255), but our model is not consistent with the measurement by Asplund et al. (2009, ARA&A, 47, 481). Another relevant effect is the change of the position of the star in the colour-magnitude diagram. By comparing our predictions with a set of open clusters from the Gaia DR2, we show that it is possible to produce a scatter close to the TO of young clusters that could contribute to explaining the observed scatter in CMDs. Detailed measurements of metallicities and abundances in the nearby open clusters will additionally provide a stringent observational test for our proposed scenario. 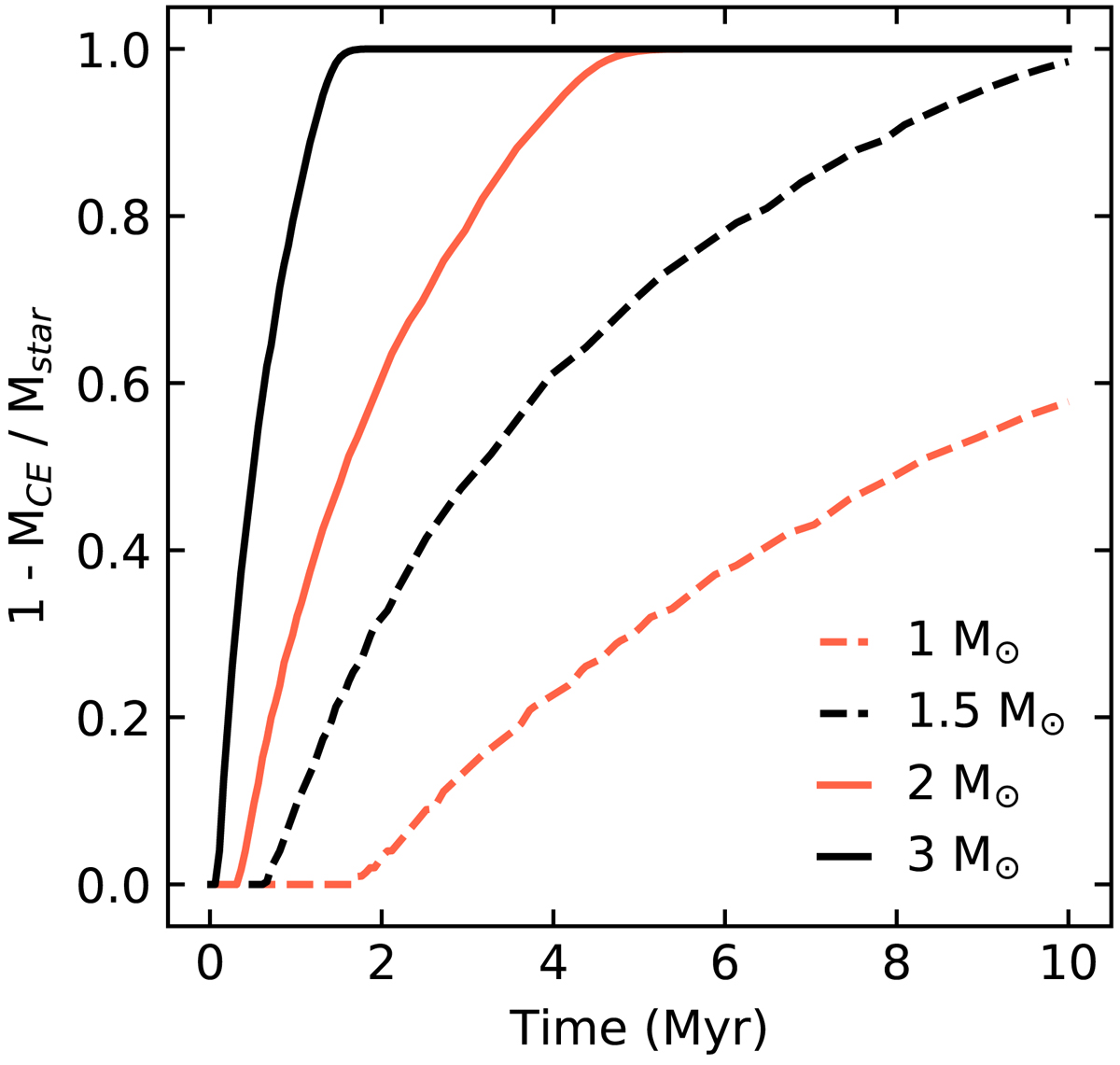