On the orbital evolution of binaries with circumbinary discs

Circumbinary discs are generally thought to take up angular momentum and energy from the binary orbit over time through gravitational torques that are mediated by orbital resonances. This process leads to the shrinkage of the binary orbit over time, and it is important in a variety of astrophysical contexts including the orbital evolution of stellar binaries, the migration of planets in protoplanetary discs, and the evolution of black hole binaries (stellar and supermassive). The merger of compact object binaries provides a source of gravitational waves in the Universe. Recently, several groups have reported numerical simulations of circumbinary discs that yield the opposite result, finding that the binary expands with time. Here we argue that this result is primarily due to the choice of simulation parameters, made for numerical reasons, which differ from realistic disc parameters in many cases. We provide physical arguments, and then demonstrate with 3D hydrodynamical simulations, that thick (high pressure, high viscosity) discs drive sufficient accretion of high angular momentum material to force binary expansion, while in the more realistic case of thin (low pressure, low viscosity) discs there is less accretion and the binary shrinks. In the latter case, tides, which generally transfer angular momentum and energy from the more rapidly rotating object (the binary) to the less rapidly rotating object (the disc), are the dominant driver of disc-binary evolution. This causes the binary to shrink. We therefore conclude that for common circumbinary disc parameters, binaries with non-extreme mass ratios are expected to shrink over time. Expansion of the binary can occur if the disc viscosity is unusually high, which may occur in the very thick discs encountered in, for example, circumplanetary discs, super-Eddington AGN, or the outer regions of passive protostellar discs that are heated by the central protostar. We also provide discussion of the impact that some simplifications to the problem, that are prevalent in the literature and usually made for numerical convenience, have on the disc-binary evolution. 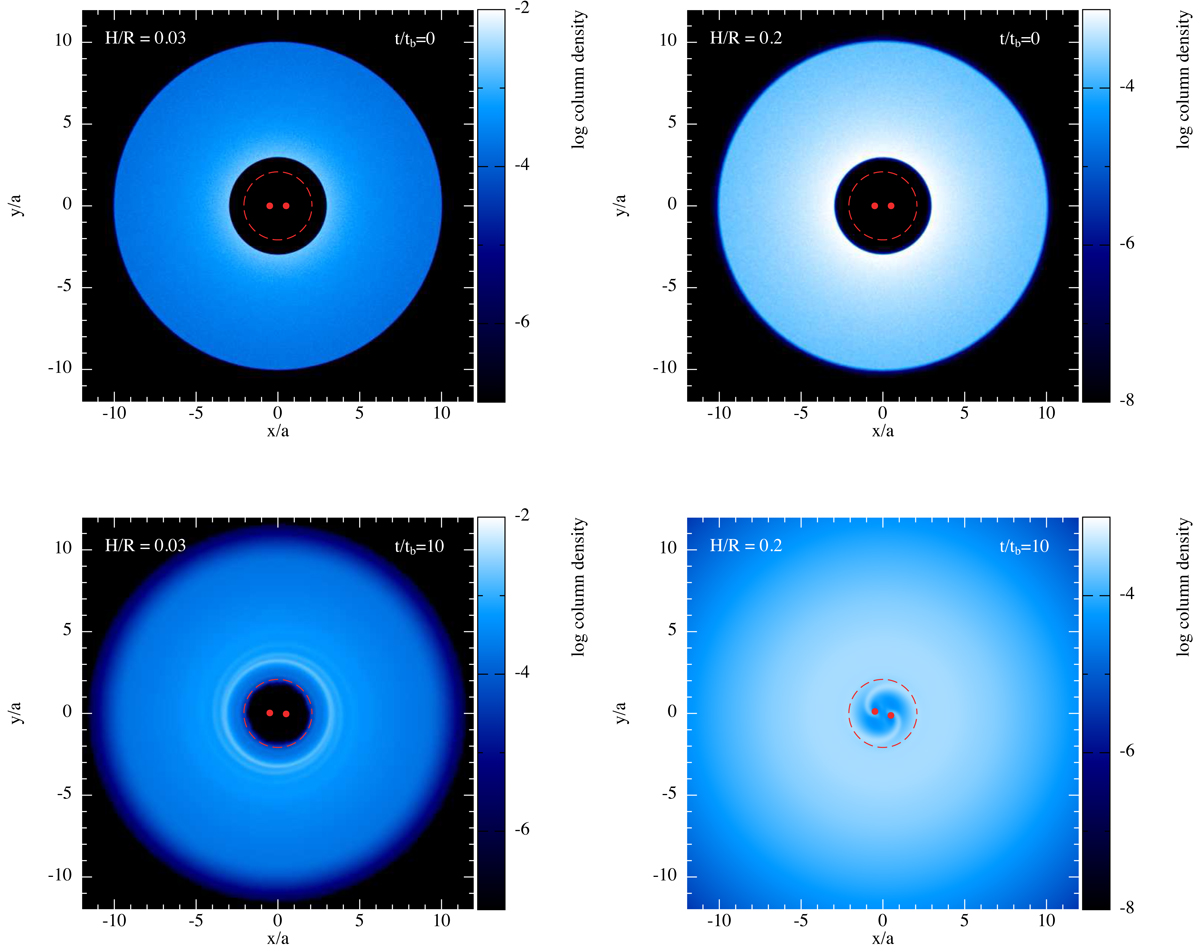