The continuous cooling of a white dwarf is punctuated by events that affect its cooling rate. The most significant of these events is the crystallization of its core, a phase transition that occurs once the C/O interior has cooled down below a critical temperature. This transition releases latent heat, as well as gravitational energy due to the redistribution of the C and O ions during solidification, thereby slowing down the evolution of the white dwarf. The unambiguous observational signature of core crystallization-a pile-up of objects in the cooling sequence-was recently reported. However, existing evolution models struggle to quantitatively reproduce this signature, casting doubt on their accuracy when used to measure the ages of stellar populations. The timing and amount of the energy released during crystallization depend on the exact form of the C/O phase diagram. Using the advanced Gibbs-Duhem integration method and state-of-the-art Monte Carlo simulations of the solid and liquid phases, we obtained a very accurate version of this phase diagram that allows a precise modeling of the phase transition. Despite this improvement, the magnitude of the crystallization pile-up remains underestimated by current evolution models. We conclude that latent heat release and O sedimentation alone are not sufficient to explain the observations, and that other unaccounted physical mechanisms, possibly 22Ne phase separation, play an important role. 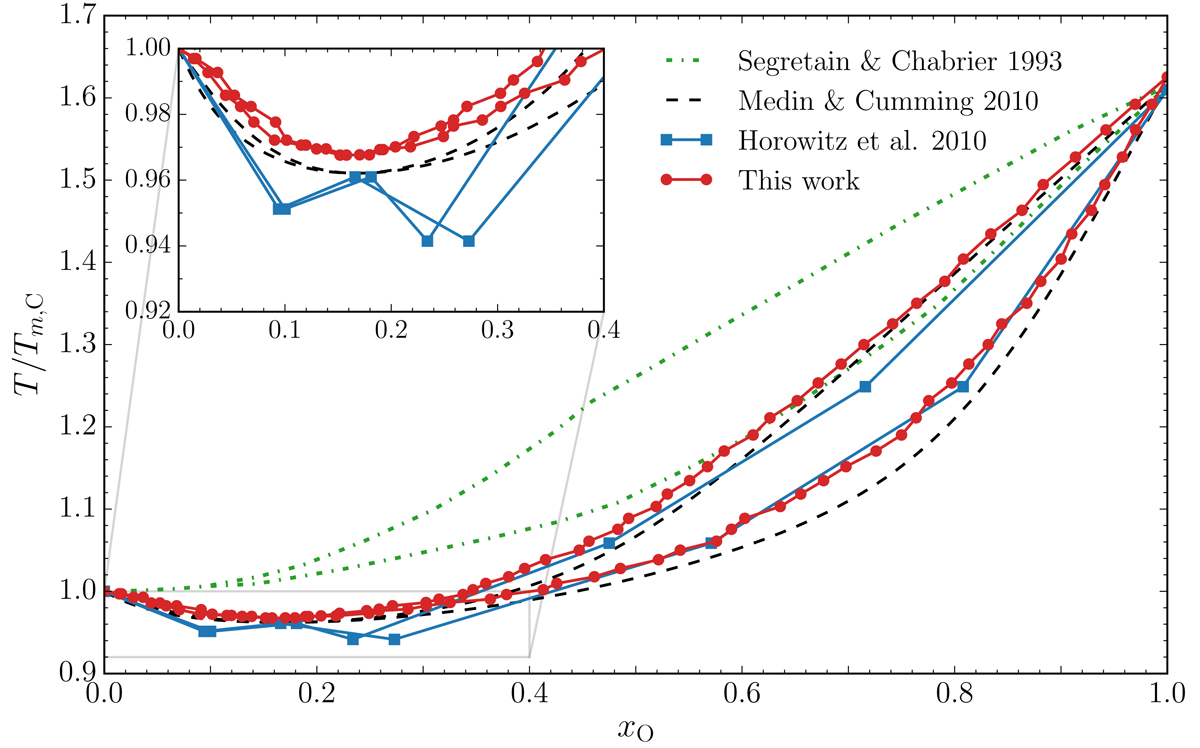