Discovery and characterization of the exoplanets WASP-148b and c. A transiting system with two interacting giant planets

We present the discovery and characterization of WASP-148, a new extrasolar system that includes at least two giant planets. The host star is a slowly rotating inactive late-G dwarf with a V = 12 magnitude. The planet WASP-148b is a hot Jupiter of 0.72 RJup and 0.29 MJup that transits its host with an orbital period of 8.80 days. We found the planetary candidate with the SuperWASP photometric survey, then characterized it with the SOPHIE spectrograph. Our radial velocity measurements subsequently revealed a second planet in the system, WASP-148c, with an orbital period of 34.5 days and a minimum mass of 0.40 MJup. No transits of this outer planet were detected. The orbits of both planets are eccentric and fall near the 4:1 mean-motion resonances. This configuration is stable on long timescales, but induces dynamical interactions so that the orbits differ slightly from purely Keplerian orbits. In particular, WASP-148b shows transit-timing variations of typically 15 min, making it the first interacting system with transit-timing variations that is detected on ground-based light curves. We establish that the mutual inclination of the orbital plane of the two planets cannot be higher than 35°, and the true mass of WASP-148c is below 0.60 MJup. We present photometric and spectroscopic observations of this system that cover a time span of ten years. We also provide their Keplerian and Newtonian analyses; these analyses should be significantly improved through future TESS observations. 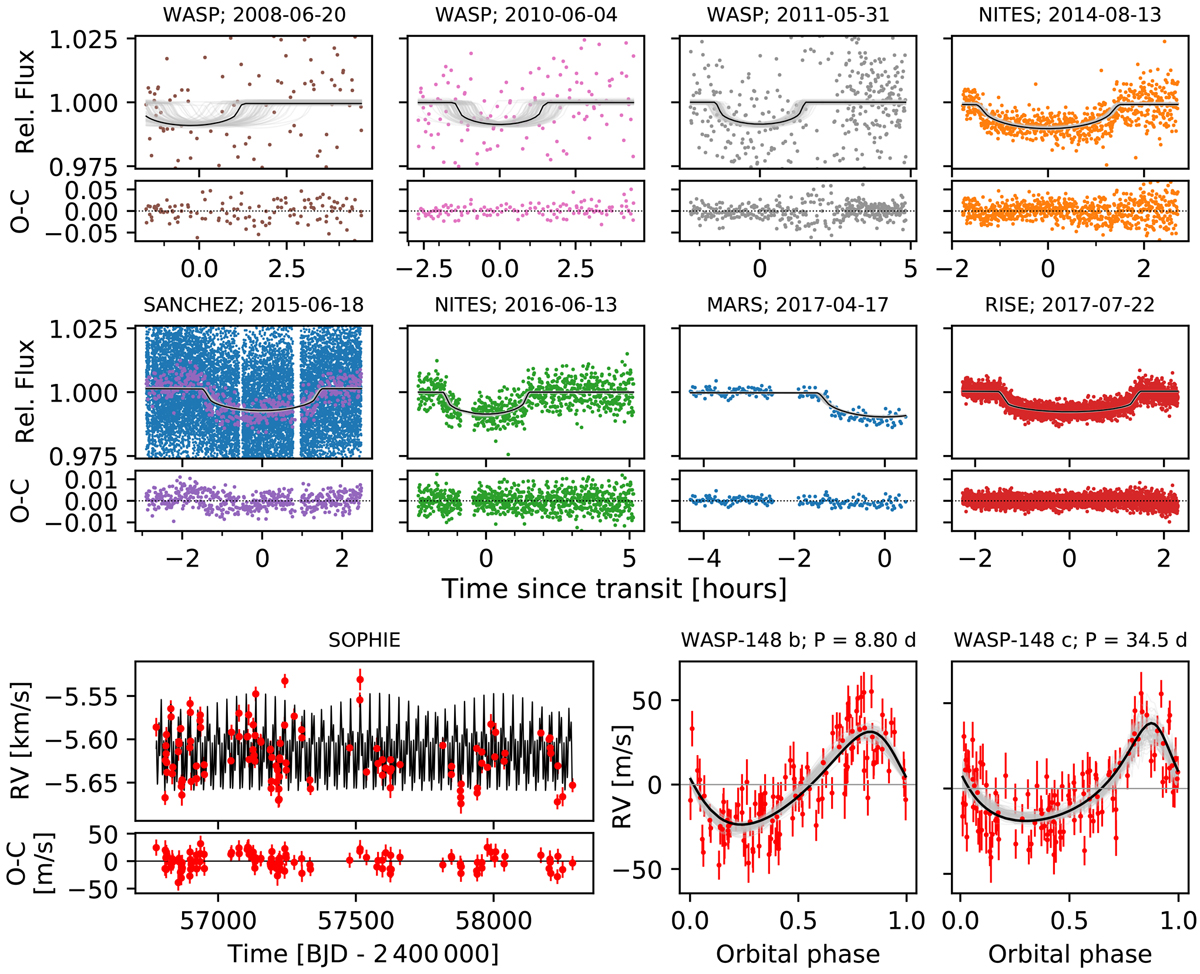