Context. Protoplanetary disks in dense, massive star-forming regions are strongly affected by their environment. How this environmental impact changes over time is an important constraint on disk evolution and external photoevaporation models.
Aims: We characterize the dust emission from 179 disks in the core of the young (0.5 Myr) NGC 2024 cluster. By studying how the disk mass varies within the cluster, and comparing these disks to those in other regions, we aim to determine how external photoevaporation influences disk properties over time.
Methods: Using the Atacama Large Millimeter/submillimeter Array, a 2.9'× 2.9' mosaic centered on NGC 2024 FIR 3 was observed at 225 GHz with a resolution of 0.25″, or ~100 AU. The imaged region contains 179 disks identified at IR wavelengths, seven new disk candidates, and several protostars.
Results: The overall detection rate of disks is 32 ± 4%. Few of the disks are resolved, with the exception of a giant (R = 300 AU) transition disk. Serendipitously, we observe a millimeter flare from an X-ray bright young stellar object (YSO), and resolve continuum emission from a Class 0 YSO in the FIR 3 core. Two distinct disk populations are present: a more massive one in the east, along the dense molecular ridge hosting the FIR 1-5 YSOs, with a detection rate of 45 ± 7%. In the western population, towards IRS 1, only 15 ± 4% of disks are detected.
Conclusions: NGC 2024 hosts two distinct disk populations. Disks along the dense molecular ridge are young (0.2-0.5 Myr) and partly shielded from the far ultraviolet radiation of IRS 2b; their masses are similar to isolated 1-3 Myr old SFRs. The western population is older and at lower extinctions, and may be affected by external photoevaporation from both IRS 1 and IRS 2b. However, it is possible these disks had lower masses to begin with. 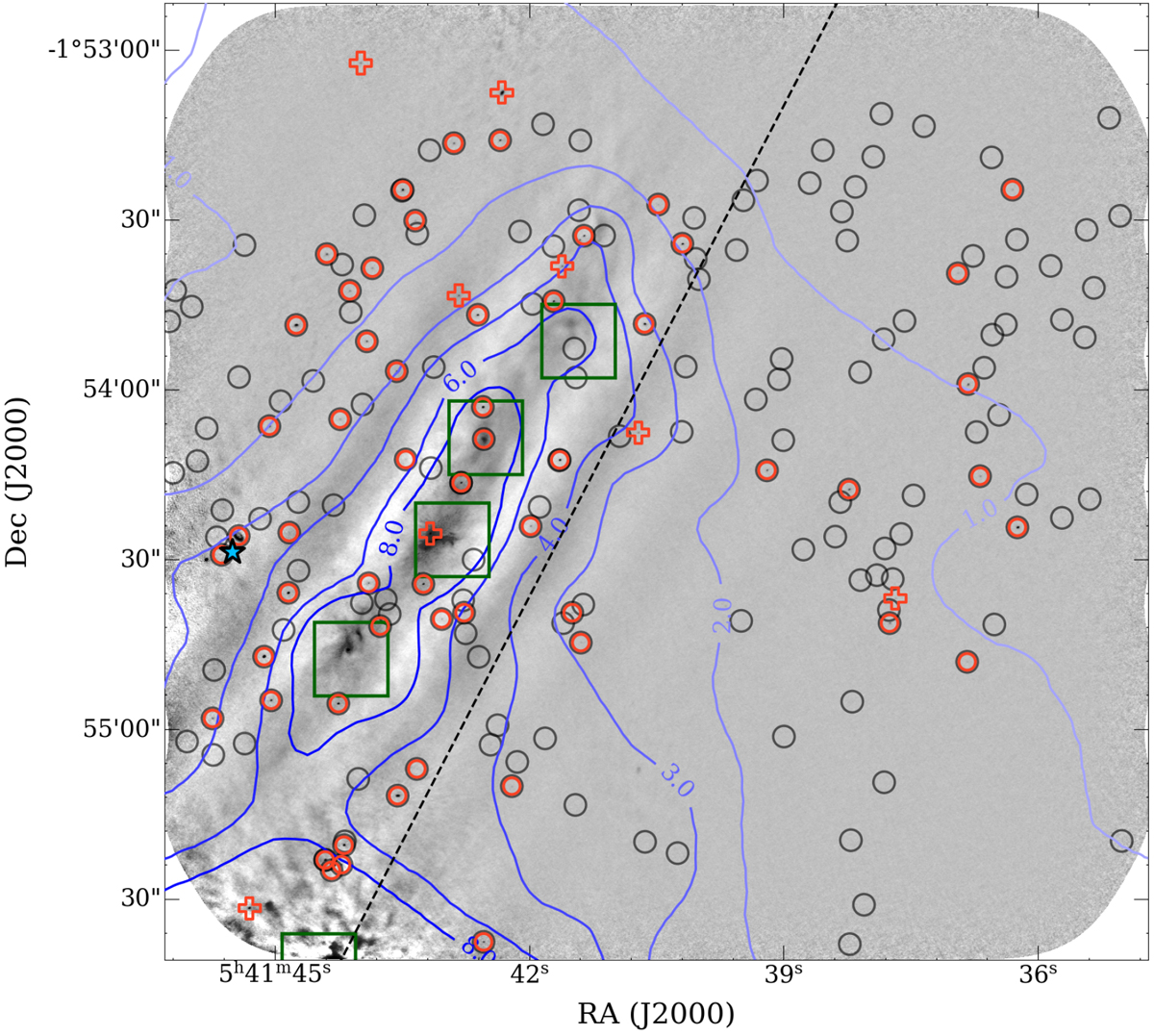