Context. The merging of supermassive black holes (SMBHs) is a direct consequence of our hierarchical picture of galaxy evolution. It is difficult to track the merging process of SMBHs during mergers of galaxies as SMBHs are naturally difficult to observe.
Aims: We want to characterise and confirm the presence of two independent active galactic nuclei (AGN) separated by a few kiloparsec in seven strongly interacting galaxies previously selected from the Sloan Digital Sky Survey (SDSS) as Seyfert-Seyfert pairs based on emission-line ratio diagnostics.
Methods: Optical slit spectra taken with MODS at the Large Binocular Telescope are presented to infer the detailed spatial distribution of optical emission lines, and their line ratios and AGN signatures with respect to the host galaxies, thereby quantifying the impact of beam smearing and large fibre apertures on the spectra captured by the SDSS.
Results: We find that at most two of the seven targets actually retain a Seyfert-Seyfert dual AGN, whereas the others may be more likely powered by post-AGB stars in retired galaxies or through shocks in the ISM based on spatially resolved optical line diagnostics. The major cause of this discrepancy is a bias caused by the spillover of flux from the primary source in the secondary SDSS fibre which can be more than an order of magnitude at < 3″ separations. Previously reported extremely low X-ray-to-[O III] luminosity ratios may be explained by this misclassification, as can heavily obscured AGN for the primaries. We also find that the nuclei with younger stellar ages host the primary AGN.
Conclusions: Studies of close dual AGN selected solely from fibre-based spectroscopy can create severe biases in the sample selection and interpretation of the results. Spatially resolved spectroscopy should ideally be used in the future to characterise such compact systems together with multi-wavelength follow-up observations.

The LBT is an international collaboration among institutions in the United States, Italy and Germany. LBT Corporation partners are: The University of Arizona on behalf of the Arizona Board of Regents; Istituto Nazionale di Astrofisica, Italy; LBT Beteiligungsgesellschaft, Germany, representing the Max-Planck Society, The Leibniz Institute for Astrophysics Potsdam, and Heidelberg University; The Ohio State University, and The Research Corporation, on behalf of The University of Notre Dame, University of Minnesota and University of Virginia. 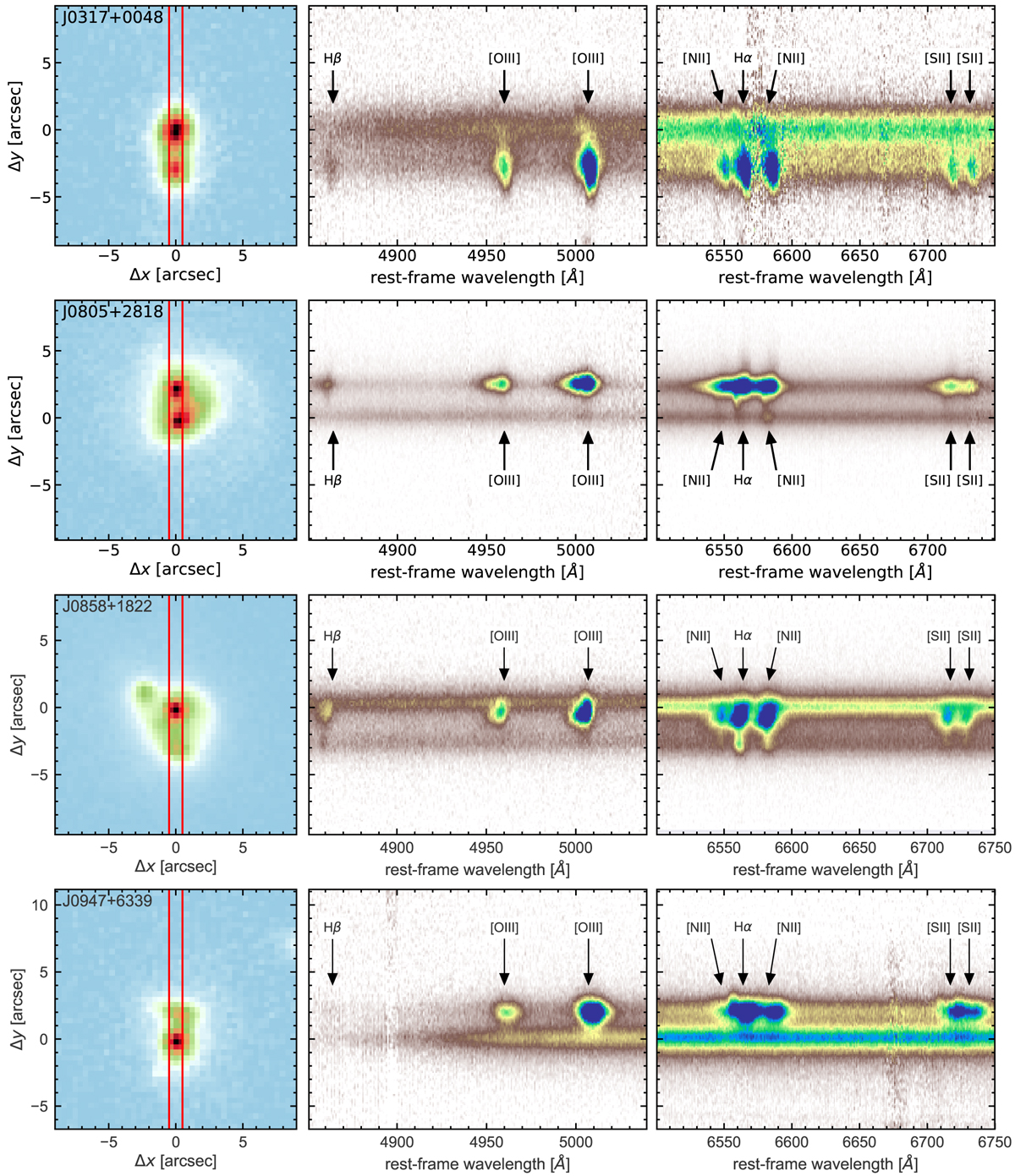