Context. π Men c is the first planet to have been discovered by the Transiting Exoplanet Survey Satellite. It orbits a bright, nearby star and has a relatively low average density, making it an excellent target for atmospheric characterisation. The existing planetary upper atmosphere models of π Men c predict significant atmospheric escape, but Lyα transit observations indicate the non-detection of hydrogen escaping from the planet.
Aims: Our study is aimed at constraining the conditions of the wind and high-energy emission of the host star and reproducing the non-detection of Lyα planetary absorption.
Methods: We modelled the escaping planetary atmosphere, the stellar wind, and their interaction employing a multi-fluid, three-dimensional hydrodynamic code. We assumed a planetary atmosphere composed of hydrogen and helium. We ran models varying the stellar high-energy emission and stellar mass-loss rate, and, for each case, we further computed the Lyα synthetic planetary atmospheric absorption and compared it with the observations.
Results: We find that a non-detection of Lyα in absorption employing the stellar high-energy emission estimated from far-ultraviolet and X-ray data requires a stellar wind with a stellar mass-loss rate about six times lower than solar. This result is a consequence of the fact that, for π Men c, detectable Lyα absorption can be caused exclusively by energetic neutral atoms, which become more abundant with increasing velocity or density of the stellar wind. By considering, instead, that the star has a solar-like wind, the non-detection requires a stellar ionising radiation about four times higher than estimated. The reason for this is that despite the fact that a stronger stellar high-energy emission ionises hydrogen more rapidly, it also increases the upper atmosphere heating and expansion, pushing the interaction region with the stellar wind farther away from the planet, where the planet atmospheric density that remains neutral becomes smaller and the production of energetic neutral atoms less efficient.
Conclusions: Comparing the results of our grid of models with what is expected and estimated for the stellar wind and high-energy emission, respectively, we support the idea that it is likely that the atmosphere of π Men c is not hydrogen-dominated. Therefore, future observations should focus on the search for planetary atmospheric absorption at the position of lines of heavier elements, such as He, C, and O. 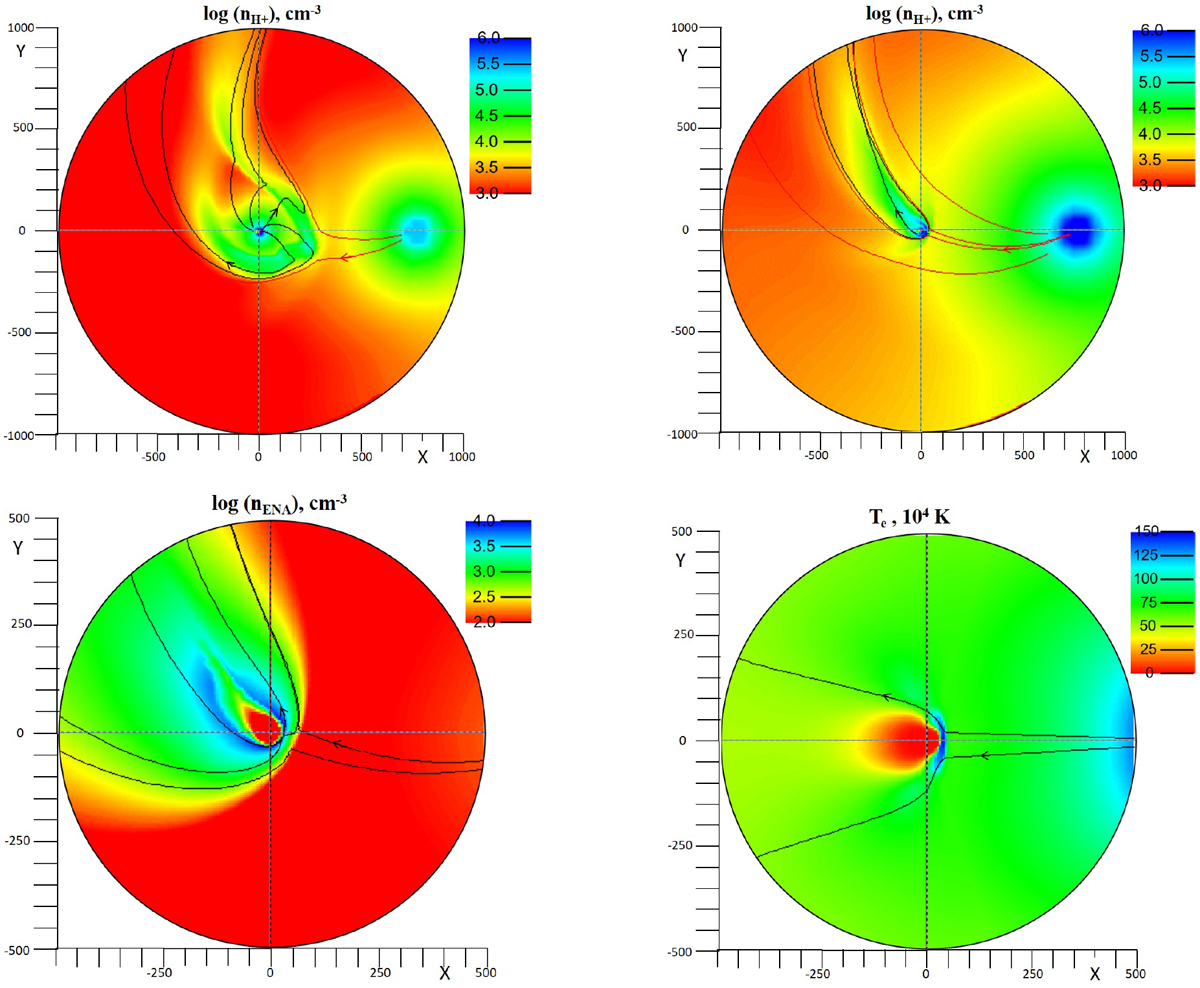