Context. A large portion of stars is found to be part of binary or higher-order multiple systems. The ubiquity of planets found around single stars raises the question of whether and how planets in binary systems form. Protoplanetary disks are the birthplaces of planets, and characterizing them is crucial in order to understand the planet formation process.
Aims: Our goal is to characterize the morphology of the GG Tau A disk, one of the largest and most massive circumbinary disks. We also aim to trace evidence for binary-disk interactions.
Methods: We obtained observations in polarized scattered light of GG Tau A using the SPHERE/IRDIS instrument in the H-band filter. We analyzed the observed disk morphology and substructures. We ran 2D hydrodynamical models to simulate the evolution of the circumbinary ring over the lifetime of the disk.
Results: The disk and also the cavity and the inner region are highly structured, with several shadowed regions, spiral structures, and streamer-like filaments. Some of these are detected here for the first time. The streamer-like filaments appear to connect the outer ring with the northern arc. Their azimuthal spacing suggests that they may be generated through periodic perturbations by the binary, which tear off material from the inner edge of the outer disk once during each orbit. By comparing observations to hydrodynamical simulations, we find that the main features, in particular, the gap size, but also the spiral and streamer filaments, can be qualitatively explained by the gravitational interactions of a binary with a semimajor axis of ~35 au on an orbit coplanar with the circumbinary ring.

Based on observations performed with VLT/SPHERE under program ID 198.C-0209(N). 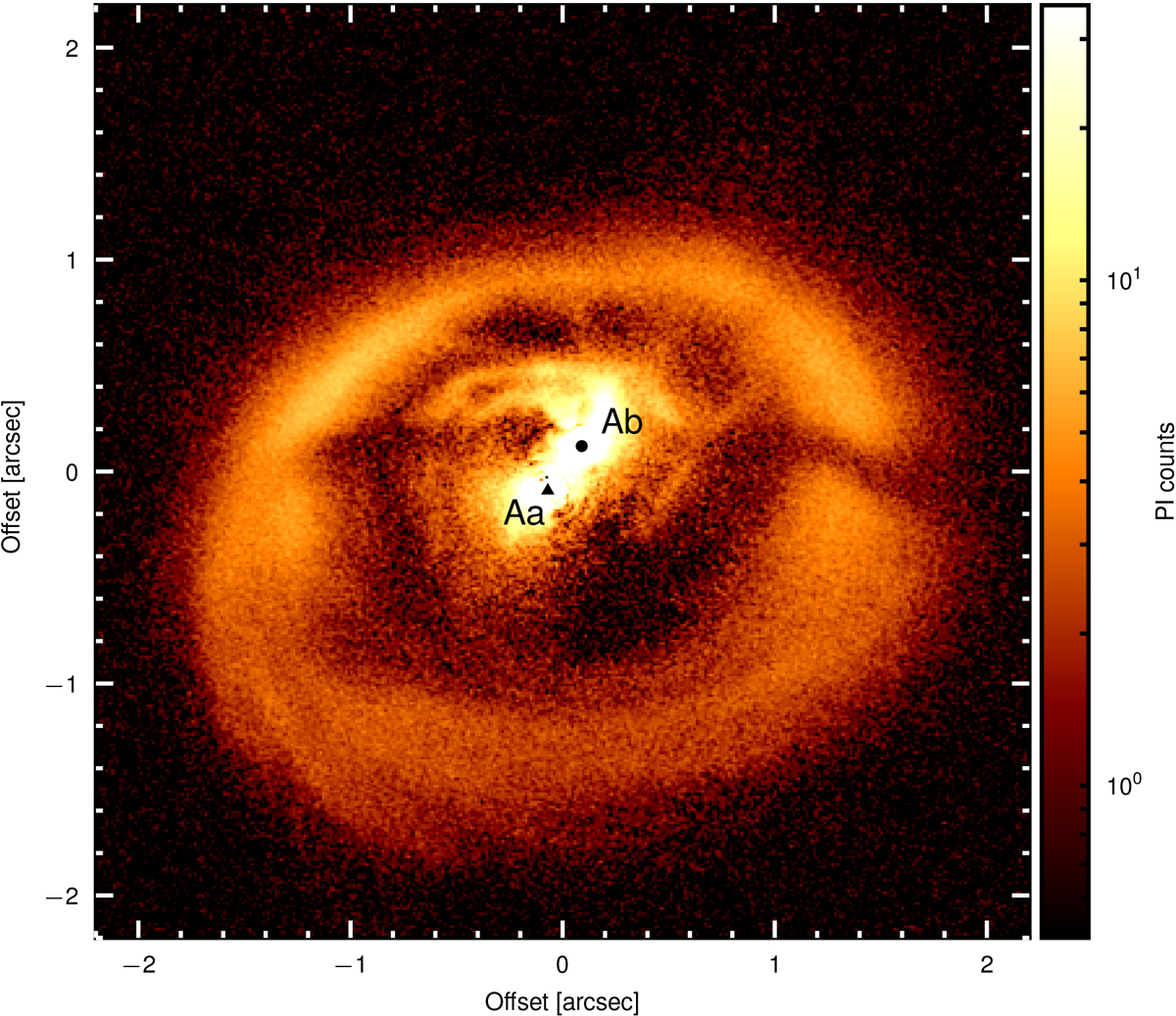